Rare 8,000-year-old figurine of a voluptuous woman is found at the site of one of the world's first cities. Archaeologists have uncovered a rare stone figurine of a woman at a dig in Turkey's central province of Konya. 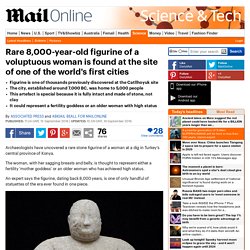 The woman, with her sagging breasts and belly, is thought to represent either a fertility 'mother goddess' or an older woman who has achieved high status. An expert says the figurine, dating back 8,000 years, is one of only handful of statuettes of the era ever found in one piece. Archaeologists have uncovered a rare stone figurine of a woman at a dig in Turkey's central province of Konya.

The woman, with her sagging breasts and belly, is thought to represent either a fertility 'mother goddess' or an older women who have achieved high status Catalhoyuk is one of the most important archaeological sites in the world. Established around 7,000 BC, it was home to 5,000 people living in mud brick and plaster houses. Their buildings were crammed so tightly together, the inhabitants clambered over the roofs and used ladders to get into their homes. 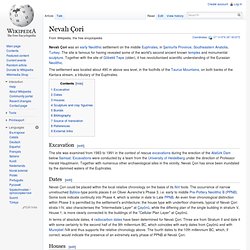 The site is famous for having revealed some of the world's second ancient known temples and monumental sculpture. Even in the Stone Age there were 'haves' and 'have nots' - and our unequal society began 7,000 years ago. People buried with stone 'adzes' had better farming landInherited wealth began just as farming spread across EuropeSocial inequality began far earlier than many imaginedEarly Neolithic farmers divided into 'haves' and 'have nots' By Rob Waugh Published: 09:47 GMT, 29 May 2012 | Updated: 10:02 GMT, 29 May 2012 Analysis of grave sites across central Europe found that 7,000 years ago, in the early Neolithic era, some farmers had better land ¿ and better tools, which they were buried with The gap between rich and poor began far earlier than most of us might imagine. 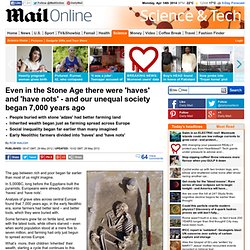 In 5,000BC, long before the Egyptians built the pyramids, Europeans were already divided into ‘haves’ and ‘have nots’. Analysis of grave sites across central Europe found that 7,000 years ago, in the early Neolithic era, some farmers had better land – and better tools, which they were buried with. What’s more, their children ‘inherited’ their wealth, starting a cycle that continues to this day. 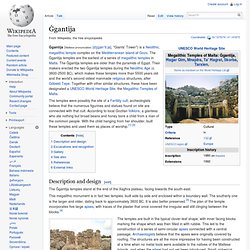 The Ġgantija temples are the earliest of a series of megalithic temples in Malta. The Ġgantija temples are older than the pyramids of Egypt. Their makers erected the two Ġgantija temples during the Neolithic Age (c. 3600-2500 BC), which makes these temples more than 5500 years old and the world's second oldest manmade religious structures, after Göbekli Tepe. Together with other similar structures, these have been designated a UNESCO World Heritage Site, the Megalithic Temples of Malta. The temples were possibly the site of a Fertility cult; archeologists believe that the numerous figurines and statues found on site are connected with that cult. Description and design[edit] Sweet Track. The Sweet Track is an ancient causeway in the Somerset Levels, England. 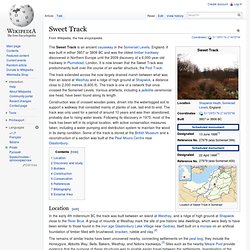 It was built in either 3807 or 3806 BC and was the oldest timber trackway discovered in Northern Europe until the 2009 discovery of a 6,000-year-old trackway in Plumstead, London. It is now known that the Sweet Track was predominantly built over the course of an earlier structure, the Post Track. The track extended across the now largely drained marsh between what was then an island at Westhay and a ridge of high ground at Shapwick, a distance close to 2,000 metres (6,600 ft). The track is one of a network that once crossed the Somerset Levels. Various artefacts, including a jadeitite ceremonial axe head, have been found along its length. Construction was of crossed wooden poles, driven into the waterlogged soil to support a walkway that consisted mainly of planks of oak, laid end-to-end.

Location[edit] Discovery and study[edit] A polished jadeitite axe head from the Museum de Toulouse Builders[edit] Construction[edit] Post Track. The Post Track is an ancient causeway in the Somerset Levels, England. 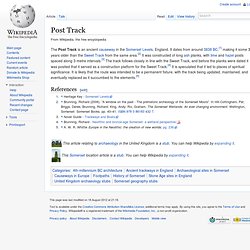 It dates from around 3838 BC,[1] making it some 30 years older than the Sweet Track from the same area.[2] It was constructed of long ash planks, with lime and hazel posts spaced along 3-metre intervals.[3] The track follows closely in line with the Sweet Track, and before the planks were dated it was posited that it served as a construction platform for the Sweet Track.[4] It is speculated that it led to places of spiritual significance.

Göbekli Tepe. The function of the structures is not yet clear. 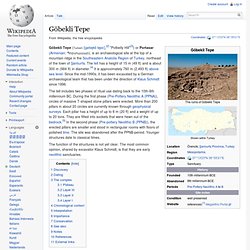 The most common opinion, shared by excavator Klaus Schmidt, is that they are early neolithic sanctuaries. Discovery[edit] The site was first noted in a survey conducted by Istanbul University and the University of Chicago in 1963. American archaeologist Peter Benedict identified it as being possibly neolithic[6] and postulated that the Neolithic layers were topped by Byzantine and Islamic cemeteries. The survey noted numerous flints.