Genetically modified soybean in a goat diet: Influence on kid performance - Small Ruminant Research. To view the full text, please login as a subscribed user or purchase a subscription. 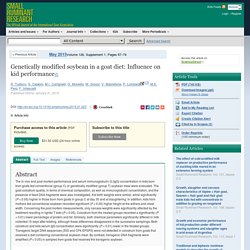 Click here to view the full text on ScienceDirect. Fig. 1. Parental Exposure to Pesticides and Childhood Brain Cancer: U.S. Atlantic Coast Childhood Brain Cancer Study. Living With GMOs. [This action alert is now closed] The Letter From America An open letter to the citizens, politicians, and regulators of the UK and the rest of the EU about the hazards of genetically modified crops We are writing as concerned American citizens to share with you our experience of genetically modified (GM) crops and the resulting damage to our agricultural system and adulteration of our food supply. 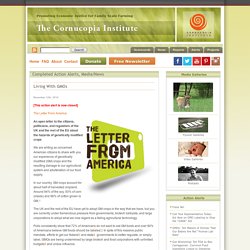 In our country, GM crops account for about half of harvested cropland. Around 94% of the soy, 93% of corn (maize) and 96% of cotton grown is GM.1 The UK and the rest of the EU have yet to adopt GM crops in the way that we have, but you are currently under tremendous pressure from governments, biotech lobbyists, and large corporations to adopt what we now regard as a failing agricultural technology.

As you consider your options, we’d like to share with you what nearly two decades of GM crops in the United States has brought us. Farmers were told that GM crops would yield bigger profits too. Meet the Controversial MIT Scientist Who Claims She Discovered a Cause of Gluten Intolerance. February 27, 2014 | Like this article? 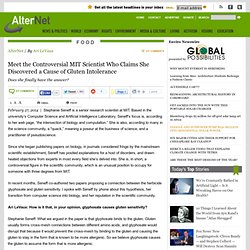 Join our email list: Stay up to date with the latest headlines via email. Stephanie Seneff is a senior research scientist at MIT. Based in the university’s Computer Science and Artificial Intelligence Laboratory, Seneff’s focus is, according to her web page, “the intersection of biology and computation.” KASHI GOLEAN ORIGINAL. Kellogg’s Kashi Cereal Tests Positive for Probable Human Carcinogen and GMOs PLEASE NOTE: The box of Kashi GoLean Original we tested was NOT verified by the Non-GMO Project. 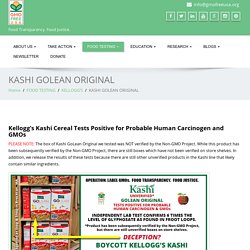 While this product has been subsequently verified by the Non-GMO Project, there are still boxes which have not been verified on store shelves. In addition, we release the results of these tests because there are still other unverified products in the Kashi line that likely contain similar ingredients. Click on the graphic to share on Facebook. According to the Kashi website: “Progressive nutrition is our approach to food. Systems Biology Group, International Center for Integrative Systems: GMO Soy Accumulates Formaldehyde &... WASHINGTON, July 14, 2015 /PRNewswire/ -- A new study published today in the peer-reviewed journal AGRICULTURAL SCIENCES reveals genetic engineering of soy disrupts the plant's natural ability to control stress, and invalidates the FDA's current regulatory framework of "substantial equivalence" used for approval of genetically engineered food (GMOs). 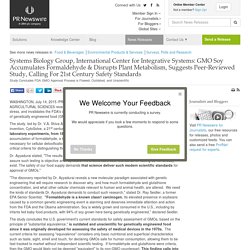 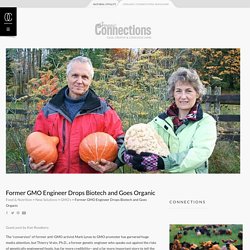 Thierry Vrain’s career has spanned the full range of agriculture—from being a proponent of “chemical” agriculture and genetic engineering to being an advocate for organic farming and an opponent of GMOs. A native of France, Vrain earned an undergraduate degree in plant physiology from the Université de Caen and a doctoral degree from North Carolina State University. After moving to Canada he taught plant physiology at Université du Québec in Montréal. Then he worked for 30 years as a research scientist for the Canadian government in Québec and British Columbia where he conducted research on genetically modified potatoes, among other projects. Scientist Cites Genetically Modified Food Safety Concerns. By Dr. 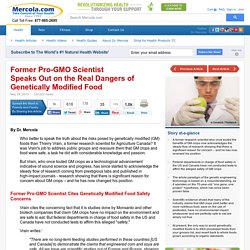 Mercola Who better to speak the truth about the risks posed by genetically modified (GM) foods than Thierry Vrain, a former research scientist for Agriculture Canada? It was Vrain's job to address public groups and reassure them that GM crops and food were safe, a task he did with considerable knowledge and passion.But Vrain, who once touted GM crops as a technological advancement indicative of sound science and progress, has since started to acknowledge the steady flow of research coming from prestigious labs and published in high-impact journals - research showing that there is significant reason for concern about GM crops – and he has now changed his position. 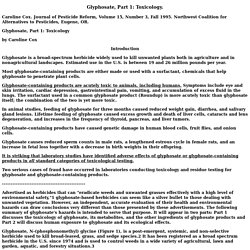 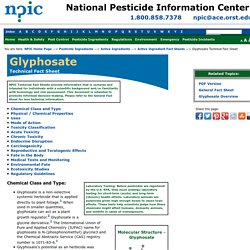 EPA, they must undergo laboratory testing for short-term (acute) and long-term (chronic) health effects. Laboratory animals are purposely given high enough doses to cause toxic effects. These tests help scientists judge how these chemicals might affect humans, domestic animals, and wildlife in cases of overexposure. Molecular Structure - Glyphosate. Www.organic-systems.org/journal/92/JOS_Volume-9_Number-2_Nov_2014-Swanson-et-al.pdf.