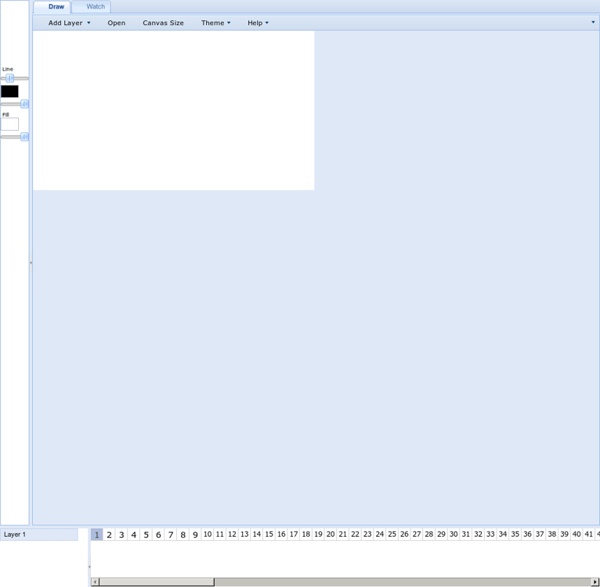 Drawing tool - DrawIsland The 25 Largest Facebook Games As 2010 Begins - Flock The 25 Largest Facebook Games As 2010 Begins While 2009 was the year social games exploded into the mainstream consciousness, developers aren’t slowing down as 2010 begins. Instead, they’re only speeding up – hiring more coders and artists, spending more intelligently on customer acquisition, and in some cases, releasing new games every 4 weeks. Here’s a look at the top 25 Facebook games as we enter what will surely be the biggest year for social gaming yet, from Inside Social Games: Interestingly, December was a mixed end to the year, as traffic stayed level or fell for most of the biggest Facebook games during December, according to AppData. 10 of the top 25 games saw decreases from December 1, 2009 to January 1, 2010. Another 5 games saw gains of less than 1 million. How did the leading developers fare in December? Zynga had a mixed month. Stay tuned for all the latest details as more data comes in. 2010 is going to be a very interesting year! Sponsored Post

Burnstudios Audiotool Tout Google avec un seul compte Connectez-vous à votre compte Google. Localiser mon compte Mot de passe oublié ? Se connecter avec un autre compte Créer un compte Tout Google avec un seul compte Free Software Directory Rajacenna Draws Celebrity Portraits Rajacenna is an 18-year-old self-taught artist from the Netherlands who draws the most realistic portraits I have ever seen, using only pencils. I’m a big fan of realistic drawings, and I’ve previously featured amazing works like the pencil drawings of Paul Lung, the ballpoint pen portraits of Juan Francisco Casas, or Cristina Penescu’s detailed scratchboard masterpieces, but at only 18 years of age Rajacenna is in a league of her own. Born in 1993, she started modelling for various Dutch companies when she was only 4, and at 5 years old she made her first appearance on television. She only took up drawing in 2009, and although she had never taken any art classes she produced some stunning pieces. When she first started drawing, Rajacenna would complete one of her pieces in about 20 minutes, but the more her skills improved the longer it took her to finish her increasingly detailed masterpieces. Reddit Stumble

Facebook Connect Wiki on a Stick Official Website The Doodle Art of Sergei and Vyacheslav Savelyv Sergei and Vyacheslav Savelyv are two twin brothers with an extraordinary talent for doodling. They uses colored pens and pencils to draw what seem like endless circular doodles and create incredibly detailed portraits of world famous icons. Sergei and Vyacheslav Savelyv have so far displayed their wonderful artworks only in their home town of Petrozavodsk, in Russia’s Karelia region, but I think you’ll agree their talent deserves worldwide recognition. The creative duo who works under the name “SaveL” have an impressive doodle portrait portfolio of famous celebrities like Johnny Depp, Robert De Niro or Antonio Banderas, all created with ordinary pens of pencils. Their technique looks a lot like what many of us used to do on the back of our notebooks in school to check is a pen still worked, only their loops form very detailed images. I was able to find their official site (savel-art.ru), but it was down at the time this article was written. Reddit Stumble

Dangerously Fun Open Culture Digital Circlism Portraits by Ben Heine Using an original technique he calls Digital Circlism, artist Ben Heine creates detailed portraits of celebrities like Eminem, Bob Marley or Elvis Presley. A Belgian artist born in the Ivory Coast, Heine is most famous for his Pencil vs Camera series, which was covered by many of the major online media outlets, but his Digital Circlism portraits are equally, if not more impressive. Using a sharp round brush in Photoshop CS4, he applies thousands of circles on a black background, until he creates a colorful, realistic portrait. You might think he uses some kind of automated process to apply every circle, but that’s actually the most remarkable thing about Ben Heine – he adds every one of the circles individually. A new technique, developed by Ben Heine himself, Digital Circlism could certainly develop into an important artistic movement. Photos by Ben Heine via benjaminheine.blogspot.com Reddit Stumble

Interactive 3D model of Solar System Planets and Night Sky Home - Pencil Project Jason Sho Green's Mind-Blowing Doodle Portraits Jason Sho Green uses a simple ball-point pen to create incredibly intricate portraits that are actually made of other smaller drawings. Whether we’re good at it or not, we all like to doodle, but American artist Jason Sho Green has taken the pastime to a whole new level with his amazing doodle portraits that look like modern-day mosaics. Seen from a distance, his works looked like detailed recreations of his subjects, for which he uses shadows to outline the fine characteristics of the face, but as you approach them you realize there’s a lot more to them. Jason actually uses a ball-point pen to “assemble” his portraits from various doodles, including images of people, animals and fantastic creatures. If you like Jason Sho Green’s doodle portraits as much as I do, you might also want to check out Sagaki Keita’s artworks made from thousands of drawn whimsical creatures. via My Modern Met Reddit Stumble