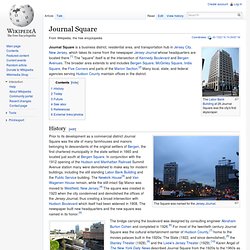 A concentration of shops operated two of the city's ethnic groups, Overseas Filipino and Indian American,[20] can be found along Newark Avenue and near India Square to the north. Northeast of Journal Square is Five Corners, the county seat of Hudson County. WikiMiniAtlas Future[edit] Many of the buildings in Journal Square include housing stock (such as brownstones, pre-war apartment buildings, and frame houses), convenience stores, bodegas, and downscale franchises, that Jerremiah Healy, Mayor of Jersey City, has referred to as "ugly old eyesores See also[edit] References[edit] Coordinates: News & Logistics for September 17th. 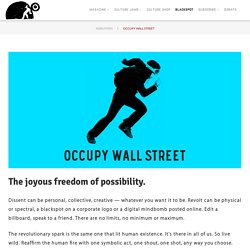 Dissent can be personal, collective, creative — whatever you want it to be. Revolt can be physical or spectral, a blackspot on a corporate logo or a digital mindbomb posted online. Edit a billboard, speak to a friend. There are no limits, no minimum or maximum. The revolutionary spark is the same one that lit human existence.

Print & Post If you only do one thing today and during the heady days of climate protest that follow, print out as many copies of this #WORLDREVOLUTION poster as you can and tape them up on bus stops, bank and shop windows, cash machines, government buildings, everywhere in your city where people will see them. Download September 11, 2014 What will you do on the September 17th anniversary of Occupy Wall Street? September 16, 2013 Revolution is a Rhizome September 19, 2012 Tactical Briefing #38. Occupy Wall Street: List and map of over 200 U.S. solidarity events and Facebook pages.

Alaska. Arizona. Arkansas. California. Colorado. Connecticut. Delaware. Illinois. Florida. Occupy Wisconsin Together. Across the country, the 99 percent are standing up and speaking out against corporate greed, the corporate takeover of politics, joblessness and the financial meltdown. This is our movement. Our time to come together as one people. One nation. This is our time to send a clear cut message to our government and Wall Street.

The whole world is rallying behind us. Occupy Appleton General Assemblies are held every day at 4:00pm outside of Chase Bank on 200 West College Ave. In response to The International Occupy Movement, Occupy Appleton will be starting their 24hr Occupation on Friday, November 4th at City Park, 500 East Franklin Street, Appleton, Wisconsin 54911 with a Kick-Off weekend packed with events! We are the 99% - Occupy The Nation. Occupy The Nation (@OccupyTheNation) sur Twitter.

Map: Thousands of students prepare to 'Occupy' colleges. LOS ANGELES (RNN) - College students across the country are preparing for Thursday's national day of protests in unity with the Occupy Wall Street movement. 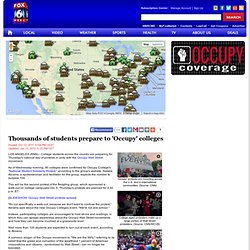 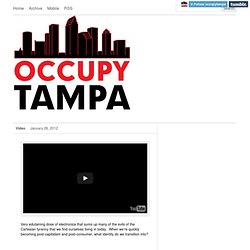