Websites and Apps for Making Videos and Animation. 9 Best Free Animation Software for 2019. Animation has come a long way since the days of "Steamboat Willie," developing into a precise and scientific art. 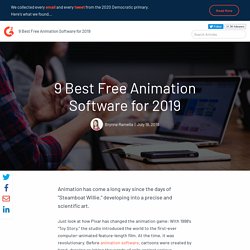 Just look at how Pixar has changed the animation game: With 1998’s “Toy Story,” the studio introduced the world to the first-ever computer-animated feature-length film. At the time, it was revolutionary. Before animation software, cartoons were created by hand, drawing or inking thousands of cells against various backgrounds in rapid sequence. Computer animation is cheaper, faster and allows animators for more flexibility. What are the best free animation software in 2019? How To Animate in Krita - Tutorial for Beginners! In this Krita Animation Tutorial for Beginners, we will learn how to download Krita, how to draw in it, how to animate, and how to export your video so you can upload it to YouTube! 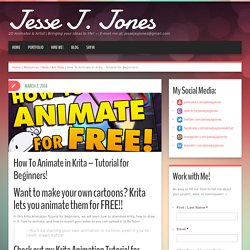 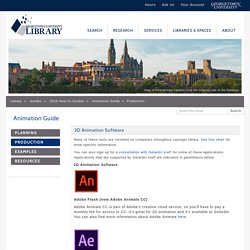 It's quite a complicated software to jump into if you have no previous animation experience, but this is software that's used by industry professionals. You can learn more about Cinema 4D here. Maya. Walk Cycle Depot. The Art of Disney Animation. New Course: Rig a Rubber Hose Character for Animation. Step by Step: Cabeza Patata. We’re happy to bring you the next installment of our every so often series, Step by Step, this time from the amazing duo Cabeza Patata! 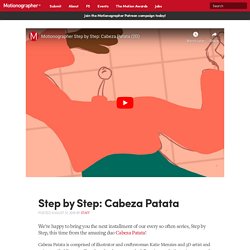 Cabeza Patata is comprised of illustrator and craftswoman Katie Menzies and 3D artist and animator Abel Reverter. Together, they have a wonderfully unique style that mixes many of the best aspects found in the world of stylized illustration with the latest and greatest looks from the realm of Cinema 4D. The two recordings in this post show their process from initial sketch and 2D design (above) all the way through their 3D process and final render (below).

Enjoy! 3D Recording Submissions If you would like to be involved or request an artist for a Step by Step feature, please email us at: stepbystep@motionographer.com Links Tools iPad Pro with Apple PencilProcreate App. Canal Plus Film Making Flow Charts. Canal+, the French television channel, is promoting its support for the film industry with a series of print advertisements featuring complicated flow charts. 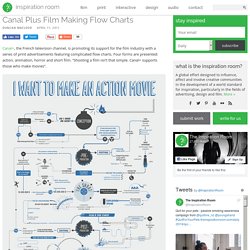 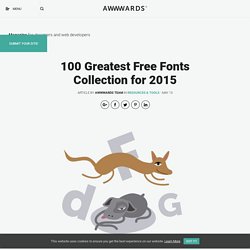 Do you remember our “100 Greatest Free Fonts Collection” articles for 2012, 2013, and 2014? Well, the 2015 version of those articles is finally here. Just like previous years, we've undertaken great efforts to look for, categorize, and create font previews of 100 typefaces that you can use to do almost anything. Regarding their licenses, you should pay attention to each one individually as, while the majority are completely free, some are for personal use only and others are not full families – this means that you’ll only be able to download regular or medium weights or condensed styles for free.

Font Selection. PIXEL ON YOU, PIXEL ON YOUR COW. Designing For Animation. Advertisement Animation, like any other facet of the web, must1 be2 designed3. 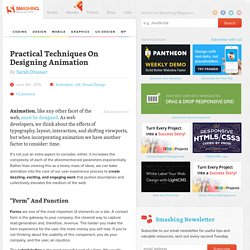 As web developers, we think about the effects of typography, layout, interaction, and shifting viewports, but when incorporating animation we have another factor to consider: time. It’s not just an extra aspect to consider, either: it increases the complexity of each of the aforementioned parameters exponentially. Rather than viewing this as a heavy mass of ideas, we can bake animation into the core of our user experience process to create dazzling, exciting, and engaging work that pushes boundaries and collectively elevates the medium of the web. 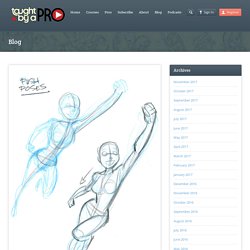 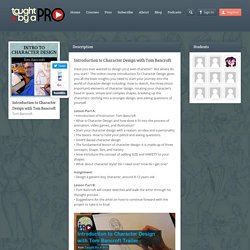 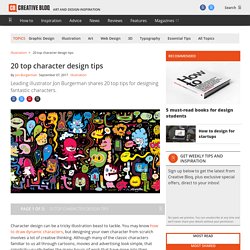 You may know how to draw dynamic characters, but designing your own character from scratch involves a lot of creative thinking. Although many of the classic characters familiar to us all through cartoons, movies and advertising look simple, that simplicity usually belies the many hours of work that have gone into their development. From Mickey Mouse's famous three-fingered hands – drawn to save production time when he was first developed for animations in the 1920s – to the elegant simplicity of Homer Simpson, character design has always been about keeping it simple. Get Adobe Creative Cloud.

Making Toonz a world standard for 2D animation "The contract with Dwango," said Digital Video managing director Claudio Mattei, "which offers the Toonz open source platform to the animation community, has enabled Digital Video to realize one of its strategies, i.e. to make of Toonz a world standard for 2D animation. " Toonz first saw release in 1993, and is used to turn hand-drawn art into vector graphics.

The most recent version can turn a single drawing into a complete animated sequence. Toonz was also used by Rough Draft Studios for Futurama Toonz is also used by Rough Draft Studios, the group behind Futurama and The Simpsons Movie. Hit A Homer With Character Animator. Even the simplest-looking animations on TV or in the movies require talented illustrators, skilled technicians, and time—a lot of time. For instance, one 30-minute episode of The Simpsons can take months to create. On May 15, 2016, The Simpsons broke through that barrier when Homer Simpson answered audience questions in real time. Homer’s instant animation was powered by easy-to-use Adobe Character Animator software.

If you’re inspired to try Character Animator yourself, read on for tips and tutorials. Character Animator is installed on your computer as part of After Effects CC. “Character Animator relies on a layered .PSD or .AI file that has body parts on different layers in a specific way,” explains David Simons, the senior principal scientist who heads the product team. For the quickest start, check out those example files and accompanying instructions. Monstro: Animation Article Database. Please let me know in the comments if there are any dead or incorrect links. Thanks! I tried to give credit to the authors of each articles, but if I got something wrong please let me know.

A couple notes: I don't include an article more than once. 51 Great Animation Exercises to Master. Quickest way to improvement? Practice. It’s a simple bit of advice that rings with absolute truth. Articles, tips, mentors, and study will never get you as far as rolling up your sleeves and getting down to work, be it animation or any other skill. Today we’ve compiled a list of exercises, like animation push-ups, that will get your art skills buff and toned. Maybe you still need convinced of how important the “Art of Doing” is?

Some of these exercises you may have done or seen before; some maybe not. Websites and Apps for Making Videos and Animation.