点击这里阅读中文版本 It’s 2021, and President Donald Trump will shortly be sworn in for his second term. 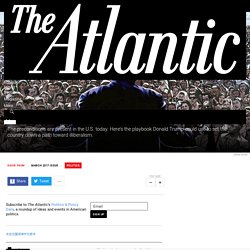 The 45th president has visibly aged over the past four years. TIME Magazine Just Sent A BRILLIANT F**k You To Trump With Its New Cover (IMAGE) – New Century Times. Young people are so troubled they can't focus at school. Almost half of all young people experience so many emotional problems at school that they are unable to focus on their studies, a new poll has found. 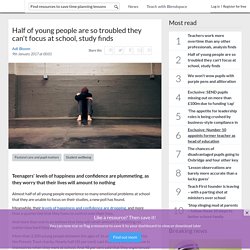 Meanwhile, their levels of happiness and confidence are dropping, and more than a quarter feel that they have no control over their lives. And more than one in six believe that they will never amount to anything, no matter how hard they try. More than 2,200 young people between the ages of 16 and 25 were surveyed by the Prince’s Trust charity. Nearly half (45 per cent) said that they did not believe in themselves when they were at school. And 48 per cent said that they experienced problems during their school years that prevented them from concentrating on their academic work. Of these, 46 per cent did not talk to anyone about their problems. The survey is the eighth such study conducted by the Prince’s Trust. Get Ready for the First Shocks of Trump’s Disaster Capitalism. Future - How East and West think in profoundly different ways. As Horace Capron first travelled through Hokkaido in 1871, he searched for a sign of human life among the vast prairies, wooded glades and threatening black mountains. 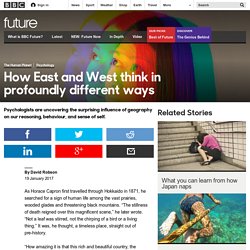 “The stillness of death reigned over this magnificent scene,” he later wrote. “Not a leaf was stirred, not the chirping of a bird or a living thing.” It was, he thought, a timeless place, straight out of pre-history. “How amazing it is that this rich and beautiful country, the property of one of the oldest and most densely populated nations of the world… should have remained so long unoccupied and almost as unknown as the African deserts,” he added. This was Japan’s frontier – its own version of the American ‘Wild West’. All that would change in the mid-19th Century. Mod i en organisation kräver aktiv träning. Ekonomi För ett par år sedan jobbade jag och mina kollegor med en av Europas ledande organisationer inom sitt fält. 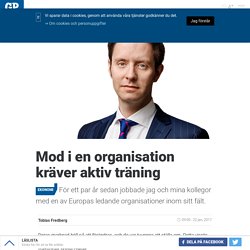 Deras marknad höll på att förändras, och de var tvungna att ställa om. Detta visste alla. Madonnas ilskna tal under Trumpdemonstrationen. Obama flies off from DC with blast at his successor Trump. Former President Barack Obama got in a final dig at his successor on Friday as he said goodbye to his staff and the nation. 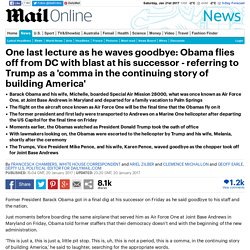 Just moments before boarding the same airplane that served him as Air Force One at Joint Base Andrews in Maryland on Friday, Obama told former staffers that their democracy doesn’t end with the beginning of the new administration. ‘This is just a, this is just a, little pit stop. This is, uh, this is not a period, this is a comma, in the continuing story of building America,’ he said to laughter, searching for the appropriate words.

The Obamas are off to California on Special Air Mission 28000, the military aircraft known as Air Force One when the president’s riding on it. They pulled away from Joint Base Andrews, located just outside of Washington, this afternoon as the new president and his wife attended a congressional luncheon. All References to Climate Change Have Been Deleted From the White House Website. At 11:59 am eastern, the official White House website had a lengthy information page about the threat of climate change and the steps the federal government had taken to fight it. 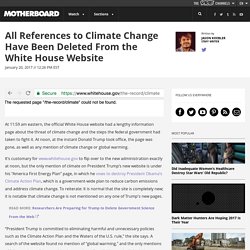 At noon, at the instant Donald Trump took office, the page was gone, as well as any mention of climate change or global warming. It’s customary for www.whitehouse.gov to flip over to the new administration exactly at noon, but the only mention of climate on President Trump’s new website is under his “America First Energy Plan” page, in which he vows to destroy President Obama’s Climate Action Plan, which is a government-wide plan to reduce carbon emissions and address climate change.

David Autor: Why are there still so many jobs?