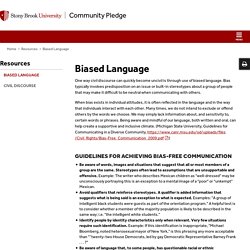 Bias typically involves predisposition on an issue or built-in stereotypes about a group of people that may make it difficult to be neutral when communicating with others. When bias exists in individual attitudes, it is often reflected in the language and in the way that individuals interact with each other. Many times, we do not intend to exclude or offend others by the words we choose. Creating content? Here’s an Equity Screen to use from Nonprofit AF - Generocity Philly. Editor’s note: This guest post by Vu Le was originally published at Nonprofit AF, and follows their style conventions. 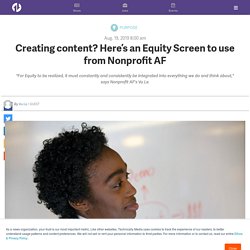 A while ago, someone emailed me to ask for help getting word out on a blog post they wrote on a report about workplace satisfaction or something. I asked, “Did your report disaggregate data on employees of color?” They said no, sounding apologetic. This happens all the time, where diversity and inclusion are an afterthought, something that is a nice-to-have, but not an essential element. I understand there are times when it makes sense to talk about issues in the general sense. The Problem of Othering: Towards Inclusiveness and Belonging - Othering and Belonging. 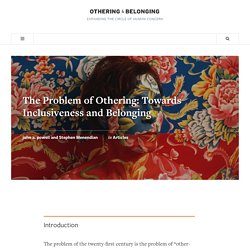 In a world beset by seemingly intractable and overwhelming challenges, virtually every global, national, and regional conflict is wrapped within or organized around one or more dimension of group-based difference. Othering undergirds territorial disputes, sectarian violence, military conflict, the spread of disease, hunger and food insecurity, and even climate change. In a remarkably candid and wide-ranging recently published interview, US president Barack Obama cited tribalism and atavism as a source of much conflict in the world. In his view, many of the stresses of globalization, the “collision of cultures brought on by the Internet and social media,” and “scarcities,” some of which will be exacerbated by climate change and population growth, lead to a “default position” to organize by “tribe—us/them, a hostility toward the unfamiliar or unknown,” and to “push back against those who are different.”

I. Gender-Inclusive Biology. Kialo Edu - The tool to teach critical thinking and rational debate. Medium. At the end of Nevertheless Season Two, we commissioned another four female illustrators from South America, Africa, the Middle East and China to produce a new set of posters. They were originally produced in English but we are delighted to say you can now download the complete set in 8 languages including French, German, Spanish, Italian, Portuguese Brazilian, French Canadian, Simplified Chinese and English. The women featured serve as amazing role models in their fields of science, technology, engineering, and mathematics (or STEM as it’s often referred to). You can listen to our episode on STEM Role Models here. We’d love you to download the posters and print them out for your school or workplace. Join a Pod — 500 Women Scientists. What is a Pod? 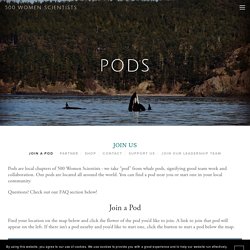 A 500 Women Scientists pod is a local chapter of the global 500 Women Scientists organization, a US federally tax-exempt 501(c)(3) (non-profit) organization. Pods are based in communities at a specific geographic location. Each pod name is be with a specific geographical location. Pods are open to the community and should not be associated with a particular institution or university. Pods are inclusive, not exclusive - we welcome all people who support our mission. How do people join a local pod? The page Join a Pod on the 500 Women Scientists website allows anyone who is interested to join an existing pod. I don’t see a pod in my area. Yes! What is the Role of a Pod Coordinator? Pod coordinators make executive decisions for their pod and help define the pod’s goals. Accessibility. (Skip Page Index) Page Index: Abbreviations & Acronyms Accessibility Statements Accesskeys Assistive Technology Benefits (Why accessibility?) 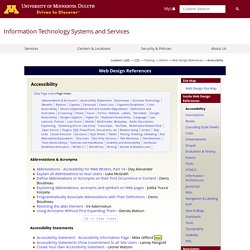 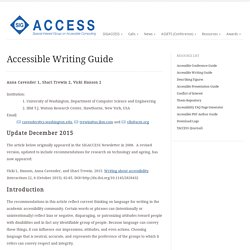 Accessibility/Accessibility-Statement: A template & resources for creating good accessibility templates for your website & apps.