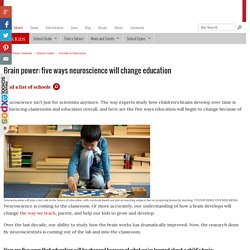 The way experts study how children's brains develop over time is influencing classrooms and education overall, and here are the five ways education will begin to change because of it. Neuroeducation will play a key role in the future of education, with curricula based not just on teaching subjects but on preparing brains for learning. YVONNE BERG/OUR KIDS MEDIA Neuroscience is coming to the classroom.

Or more accurately, our understanding of how a brain develops will change the way we teach, parent, and help our kids to grow and develop. Over the last decade, our ability to study how the brain works has dramatically improved. Here are five ways that education will be changed because of what we've learned about a child's brain: Neuroeducation. Wp-content/uploads/2010/11/Neuroeducation.pdf. Neuromusic publications. Our Favorite DIY Wall Art. Bemboszoo.com. 10 Ways to Inspire Your Kids. 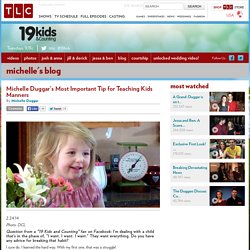 How Your Brain Decides Without You - Issue 19: Illusions. Princeton’s Palmer Field, 1951. 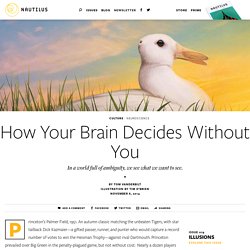 An autumn classic matching the unbeaten Tigers, with star tailback Dick Kazmaier—a gifted passer, runner, and punter who would capture a record number of votes to win the Heisman Trophy—against rival Dartmouth. Princeton prevailed over Big Green in the penalty-plagued game, but not without cost: Nearly a dozen players were injured, and Kazmaier himself sustained a broken nose and a concussion (yet still played a “token part”).

A Better Way to Practice. Kinja is in read-only mode. 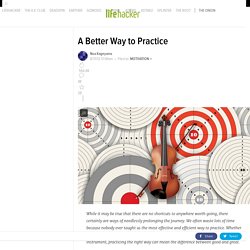 We are working to restore service. My guitar teacher used to always say, "practice makes perfect, so you gotta practice being perfect! " 35 Scientific Concepts That Will Help You Understand The World, by Aimee Groth. In order to sharpen our reasoning skills, we must have a good grasp of our own cognitive biases, as well as the basic laws of the universe.

But in a dynamic world, new laws are constantly emerging. The editors over at Edge.org asked some of the most influential thinkers in the world — including neuroscientists, physicists and mathematicians — what they believe are the most important scientific concepts of the modern era. Tone memory - zefrank.com. The 5 Weirdest Sixth Senses Humans Have (Without Knowing It) Every attempt to prove that humans have some kind of telepathic sixth sense shows it to be complete bullshit. 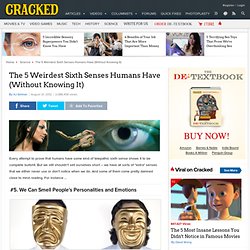 But we still shouldn't sell ourselves short -- we have all sorts of "extra" senses that we either never use or don't notice when we do. And some of them come pretty damned close to mind reading. Nine Brain Quirks You Didn't Realize You Had. I think the brain is most interesting when it doesn’t work the way you expect it should. 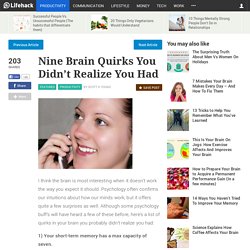 How Music Hijacks Our Perception of Time. One evening, some 40 years ago, I got lost in time. 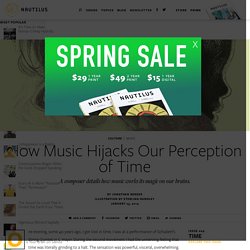 I was at a performance of Schubert’s String Quintet in C major. During the second movement I had the unnerving feeling that time was literally grinding to a halt. The sensation was powerful, visceral, overwhelming. Six Lazy Ways to Trick Your Brain Into Being Productive. The Neuroscience Of "Harry Potter" Let's do a casual experiment. 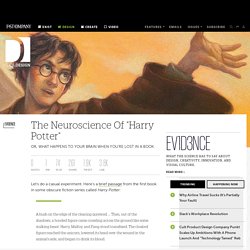 Here's a brief passage from the first book in some obscure fiction series called Harry Potter: A bush on the edge of the clearing quivered. … Then, out of the shadows, a hooded figure came crawling across the ground like some stalking beast. Harry, Malfoy, and Fang stood transfixed. The cloaked figure reached the unicorn, lowered its head over the wound in the animal's side, and began to drink its blood. Deje que sus hijos viajan en el autobús Alone. Most school field trips are to places the students might never go on their own: a museum, a play, a nature preserve. 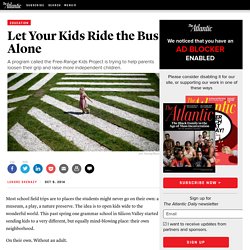 The idea is to open kids wide to the wonderful world. This past spring one grammar school in Silicon Valley started sending kids to a very different, but equally mind-blowing place: their own neighborhood. On their own. Without an adult. "Moving to the beat" improves timing perception. To half of the blocks (movement condition) and to remain stillduring the other blocks (no-movement condition). Four of the8 trials within each block included an on-time (i.e., at anoffset of 0 ms) probe tone, with the others at one of four offsets: either 30 % or 15 % of the IOI (both early and late).Participants experienced each of the four IOI (400 ms,600 ms) × movement condition (movement, no movement)combinations twice after completing 5 warm-up trials.

Werandomized both the order of the experimental blocks andthe order of the trials within each block for each participant.During movement blocks, participants tapped on each beat of the stimulus (all three segments, including the probe tone)on a drum pad using an Innovative Percussion (IP-1) drum-stick. Neuroscience Cannae Do It Cap’n, It Doesn’t Have the Power. The brain has hit the big time. Barack Obama has just announced $100 million of funding for the BRAIN Intitiative—an ambitious attempt to apparently map the activity of every neuron in the brain. On the other side of the Atlantic, the Human Brain Project will try to simulate those neurons with a billion euros of funding from the European Commission. And news about neuroscience, from dream-decoding to mind-melding to memory-building, regularly dominates the headlines. But while the field’s star seems to be rising, a new study casts a disquieting shadow upon the reliability of its results.

A team of scientists led by Marcus Munafo from the University of Bristol analysed a broad range of neuroscience studies and found them plagued by low statistical power. Statistical power refers to the odds that a study will find an effect—say, whether antipsychotic drugs affect schizophrenia symptoms, or whether impulsivity is linked to addiction—assuming those effects exist. Across the sciences. Sarah-Jayne Blakemore: The mysterious workings of the adolescent brain. Gifted children and neuromusic. Re-imagining school. How Whooshes and Beeps Can Make Babies Better Listeners - The Atlantic.

A new study says that certain sounds can prime infant brains for language learning. The doctor behind the experiment thinks the technique could greatly reduce auditory and reading disorders. A 9-month-old participant in the Rutgers lab wears a stretchy bonnet with 128 EEG sensors. (Andrew Hetherington/Courtesy of Rutgers University) Can you make your baby smarter? Former Georgia governor Zel Miller thought so. “Having that infant listen to soothing music helps those trillions of brain connections to develop,” he told the state general assembly in Atlanta. When Do Babies Learn Self-Control? - The Atlantic. A new study looks at when kids are able to use social cues to regulate their behavior. Last year’s season of Sesame Street was a rough one for Cookie Monster.

For its 44th year, the show dedicated itself to teaching its young viewers about executive functioning, an umbrella term for cognitive skills like attention to detail, strategizing, and other mental processes that connect past experiences to present decision-making—including self-control, an idea easily demonstrated by making a junk-food junkie wait for his sugar fix. And wait he did. 25 Vegetarian recipes you can cook in under 30 minutes. We are big fans of spending quality time on food and eating. Eating is one of the most important things you do all day long, so for physical, mental and spiritual health, it is vital to spend time and thought each part of the process from selecting ingredients and recipes, to preparing your food, to enjoying your meals to their fullest.

But we also know that sometimes weeknights can be hectic and you want to have some recipes handy that are healthy and delicious but that come together in a hurry when needed. So here you have 25 great vegetarian meals that can be made in 30 minutes or less. © Jaymi Heimbuch1. Roasted Brussels sprouts with orange butter sauce The wonderful flavor of roasted Brussels sprouts is paired with the bright, sweet taste of orange in this quick and simple recipe. Glamumous!: 101 Household Tips for Every Room in your Home. Common Mythconceptions - World's Most Contagious Falsehoods. 15 Toilet Paper Roll Crafts For Kids DIY Ready. 15 Toilet Paper Roll Crafts For Kids 5.00/5 (100.00%) 1 vote Having trouble coming up with some creative ideas that your kids will love? Patatap.

Educatina. How to start your own square foot garden. 35 Clever Parenting Ideas Every Parent Needs To Know. Raising kids is the hardest job in the world. How Memory Works: 10 Things Most People Get Wrong — PsyBlog. Welcome to Test yourself?