Rakhi Sawant and Husband Appear on Bigg Boss 15. Rakhi Sawant’s marriage has been a controversy many people have been following. 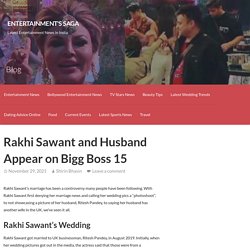 With Rakhi Sawant first denying her marriage news and calling her wedding pics a “photoshoot”, to not showcasing a picture of her husband, Ritesh Pandey, to saying her husband has another wife in the UK, we’ve seen it all. Rakhi Sawant’s Wedding Rakhi Sawant got married to UK businessman, Ritesh Pandey, in August 2019. Initially, when her wedding pictures got out in the media, the actress said that those were from a photoshoot she was doing for a bridal brand.

Zoya Akhtar's The Archies to be a Product of Nepotism? Comics formed a huge part of the childhood memories of the 90’s kids. 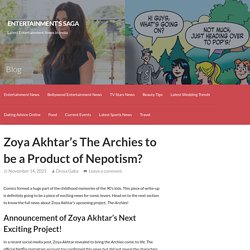 This piece of write-up is definitely going to be a piece of exciting news for comic lovers. Head on to the next section to know the full news about Zoya Akhtar’s upcoming project, The Archies! Hrithik Roshan to Sing in Krrish 4. In a recent interview to Pinkvilla, director and veteran actor Rakesh Roshan shared details of his upcoming movie, Krrish 4. 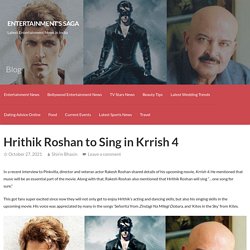 He mentioned that music will be an essential part of the movie. Along with that, Rakesh Roshan also mentioned that Hrithik Roshan will sing “…one song for sure.” This got fans super excited since now they will not only get to enjoy Hrithik’s acting and dancing skills, but also his singing skills in the upcoming movie. His voice was appreciated by many in the songs ‘Señorita’ from Zindagi Na Milegi Dobara, and ‘Kites in the Sky’ from Kites. Bollywood Actresses That Debuted Across Salman Khan. Who doesn’t love a good Bollywood movie? 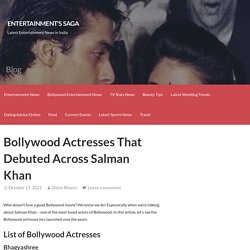 We know we do! Espessically when we’re talking about Salman Khan – one of the most loved actors of Bollywood. Shah Rukh Khan’s Lookalikes Lose Work Amid Aryan Khan’s Arrest. Shahrukh Khan’s son, Aryan Khan’s, recent arrest in the drug case has been a topic of buzz in the country right now. 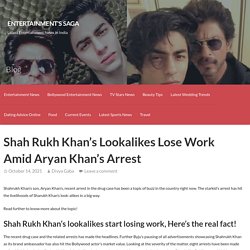 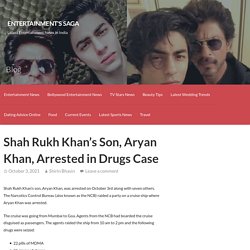 The Narcotics Control Bureau (also known as the NCB) raided a party on a cruise ship where Aryan Khan was arrested. The cruise was going from Mumbai to Goa. Agents from the NCB had boarded the cruise disguised as passengers. The agents raided the ship from 10 am to 2 pm and the following drugs were seized: Actresses Who Chose Their Families Over a Career In Bollywood. It is not uncommon for Bollywood actresses to continue working after their marriage. 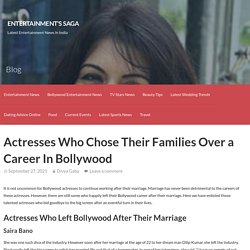 Marriage has never been detrimental to the careers of these actresses. However, there are still some who happily left their Bollywood career after their marriage. Here we have enlisted those talented actresses who bid goodbye to the big screen after an eventful turn in their lives. Actresses Who Left Bollywood After Their Marriage Saira Bano. Aparshakti Khurana & Aakriti Welcome a Baby Girl. Recently, Aparshakti Khurana and his wife, Aakriti, welcomed a baby girl. 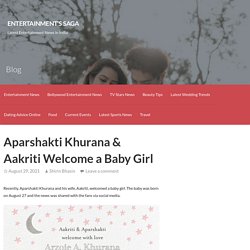 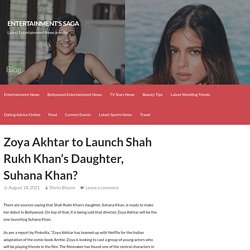 On top of that, it is being said that director Zoya Akhtar will be the one launching Suhana Khan. As per a report by Pinkvilla, “Zoya Akhtar has teamed up with Netflix for the Indian adaptation of the comic book Archie. Does Chak De! India Accurately Represent the State of Indian Women's Sports? Chak De! 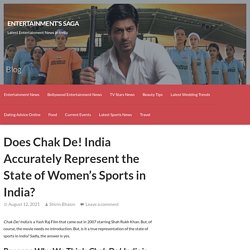 India is a Yash Raj Film that came out in 2007 starring Shah Rukh Khan. But, of course, the movie needs no introduction. But, is it a true representation of the state of sports in India? Sadly, the answer is yes. Reasons Why We Think Chak De! Bollywood Movies With Great Songs But Bad Story Lines. Songs are an important part of Bollywood movies. Here are some movies that had a wonderful soundtrack that captured the hearts of the audience, but at the same time had poor storylines. Kabir Singh (2019) Kabir Singh set such unrealistic guidelines around how love should be. But, the movie also gave us some beautiful songs such as Bekhayali by Arijit Singh and Kaise Hua. Roy (2015) Desi Things Hollywood Celebrities Love. Are you a fan of Hollywood movies and celebrities? Here are some Indian things Hollywood celebrities love!

Robert Pattinson Did you know that Hollywood actor Robert Pattinson is completely in love with the SRK and Kajol starer Dilwale Dulhania Le Jayenge. Will Smith Will Smith had taken a trip to India back in 2006. 5 Reasons Why the Movie Kabir Singh Set a Bad Expectation For Love. Kabir Singh that was released on 21 June 2019 was a remake of Telugu blockbuster Arjun Reddy.

This movie received mixed reactions in which many even called it as setting a bad expectation for love. Follow the whole write-up to know why it was given negative reviews on love! Shilpa Shetty Urges Fans To Watch Her Movie After Raj Kundra’s Arrest, Gets Trolled. Bollywood actress Shilpa Shetty Kundra gets heavily trolled for her recent post about her upcoming much-awaited comeback Hungama 2! Read the whole article to know why the otherwise much socially active actress gets a public backlash. Shipla Shetty Gets Trolled Shilpa Shetty’s husband Raj Kundra’s recent arrest has been all over the news. Interesting Facts about Dilip Kumar. The legendary actor passed away at the age of 98 at Hinduja hospital in Mumbai. The late actor was hospitalized in a Mumbai hospital on June 6 after he complained of breathlessness. Widely known as the “Tragedy King of Bollywood”, Dilip Kumar had left a legacy of six decades of his stellar performance in Bollywood.

In his remembrance, we have got some interesting facts about the Bollywood actor that you would like to know! Interesting Facts about Dilip Kumar. We Are Different Families: Arjun Kapoor on Relationship with Step Sisters. Aamir Khan and Kiran Rao Getting a Divorce. Mandira Bedi's Husband & Filmmaker Raj Kaushal Passes Away. Ajay Devgn Buys New Bungalow for Rs 47.5 Crore in Juhu. Pravin Tarde Did Radhe to Build His Relationship With Salman Khan. Actor Juhi Chawla Files Plea Against 5G Technology in India. Sunidhi Chauhan Quits Indian Idol Season 12. “Radhe is not a great film at all": Salim Khan. An Honest Review of Sardar Ka Grandson. Bollywood Couples Who Had Babies in 2020. An Honest Review of Saina Nehwal's Biopic Starring Parineeti Chopra.