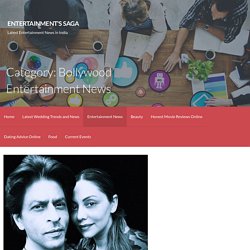 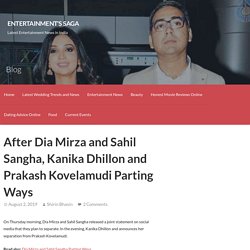 In the evening, Kanika Dhillon and announces her separation from Prakash Kovelamudi. Read also: Dia Mirza and Sahil Sangha Parting Ways About Kanika Dhillon Born in Amritsar, Punjabi, Kanika Dhillon is an Indian screenwriter and author. Some of her work include: Novels: Bombay Duck is a Fish (2011)Shiva and the Rise of the Shadows (2013)The Dance of Durga (2016) Fun Facts About Bollywood Actress Kajol - Entertainment's Saga. Kajol is one of the best and most successful Bollywood actresses. 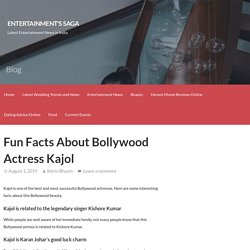 Here are some interesting facts about this Bollywood beauty. Kajol is related to the legendary singer Kishore Kumar While people are well aware of her immediate family, not many people know that this Bollywood actress is related to Kishore Kumar. Kajol is Karan Johar’s good luck charm Even if Kajol is not directly a part of Karan Johar’s upcoming movie, he makes sure she shows up on the sets. Kajol loves to read and write Apart from acting and social work, Kajol loves to read and write. She is involved with an NGO. Dia Mirza and Sahil Sangha Separating - Entertainment's Saga. On 1st August, Bollywood actress Dia Mirza announced on social media that she and her husband are separating. 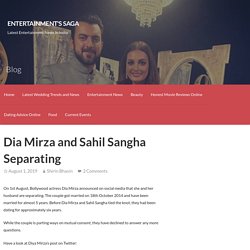 The couple got married on 18th October 2014 and have been married for almost 5 years. Before Dia Mirza and Sahil Sangha tied the knot, they had been dating for approximately six years. While the couple is parting ways on mutual consent, they have declined to answer any more questions. Have a look at Diya Mirza’s post on Twitter: Interesting Facts About CCD Owner VG Siddhartha - Entertainment's Saga. The owner of Cafe Coffee Day (CCD) V G Siddhartha went missing on Monday, 29th July. 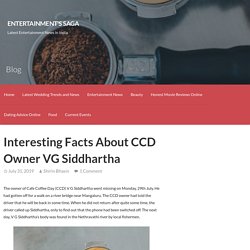 He had gotten off for a walk on a river bridge near Mangaluru. The CCD owner had told the driver that he will be back in some time. When he did not return after quite some time, the driver called up Siddhartha, only to find out that the phone had been switched off. The next day, V G Siddhartha’s body was found in the Nethravathi river by local fishermen. Government Ban on Budweiser, Hoeegaarden - Entertainment's Saga. Delhi government has put a ban of three years on the largest beer brewer in the world – Anheuser-Busch InBev. 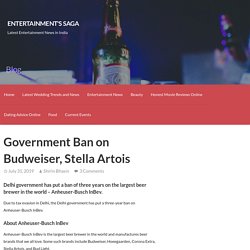 Read Also: Australian Journalist Pays £55,000 for a Beer in Manchester As beer fans ourselves, we are heart broken that we will not be able to get beers such as Budweiser and Hoeegaarden at bars, lounges or even restaurants to drink for the next three years. What are your views on the beer ban? We Watched Chori Chori Chupke Chupke Again and Here's What We Think - Entertainment's Saga. Released in 2001, Chori Chori Chupke Chupke was a movie which was utterly unrealistic. 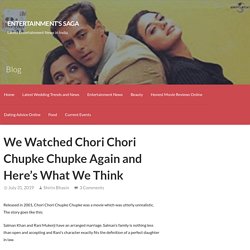 The story goes like this: Salman Khan and Rani Mukerji have an arranged marriage. Salman’s family is nothing less than open and accepting and Rani’s character exactly fits the definition of a perfect daughter in law. Amrish Puri – who plays Salman’s dadaji in the movie – has a wish to see the face of his great-grandchild before dying. To his convenience, Rani Mukerji becomes pregnant early on in the movie, only to have a miscarriage. While Salman and Rani are devastated by the news, they decide not to tell their family about the same to save them from the pain. While everything up until here is fine, here is when things start to get a little quirky in Chori Chori Chupke Chupke.

Despite having an understanding sasural, Rani’s character is so fixated on giving dadaji the next kin. As Rani Mukerji can’t have a baby of her own, the couple decides to opt for surrogacy. Cafes in Kamla Nagar You Need to Try - Entertainment's Saga. Kamla Nagar is the go to place for all the students studying in Delhi University’s north campus colleges. 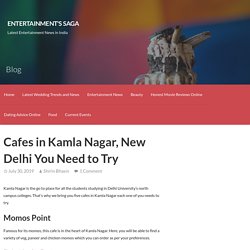 That’s why we bring you five cafes in Kamla Nagar each one of you needs to try. Momos Point Famous for its momos, this cafe is in the heart of Kamla Nagar. Here, you will be able to find a variety of veg, paneer and chicken momos which you can order as per your preferences. Check out the cafe on Zomato. Chowringhee. The Lion King Review (2019) - Entertainment's Saga. The Lion King released in India on 19th July 2019. 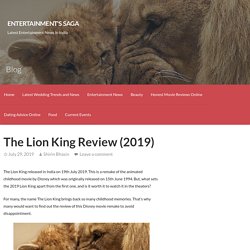 This is a remake of the animated childhood movie by Disney which was originally released on 15th June 1994. But, what sets the 2019 Lion King apart from the first one, and is it worth it to watch it in the theaters? For many, the name The Lion King brings back so many childhood memories. That’s why many would want to find out the review of this Disney movie remake to avoid disappointment. The Lion King Review (2019) As a fan of The Lion King myself, I could not miss this movie for the world. Also, there was a certain humourous tone of Pumba’s character because of his look, which was lost in this movie simply because of the fact that this movie was not animated. 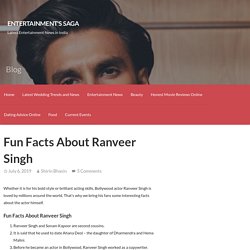 That’s why we bring his fans some interesting facts about the actor himself. Fun Facts About Ranveer Singh Big B himself sent Ranveer Singh a handwritten note after his extraordinary performance in Ram Leela.His mom does not like him dying on screen.Ranveer Singh was caught in school listening to the famous song – ‘Chahiya Chahiya’ from Dil Se. Due to this, he was suspended for one day.Ranveer Singh is an arts graduate from Indiana University and had also take theater as a minor during the course.

Read Also: Fun Facts About Bollywood Actress Kajol Devgn How many of these fun facts about Ranveer Singh did you know? Facebook, Instagram, and WhatsApp Users Face Issues - Entertainment's Saga. Starting yesterday, users on Facebook, Instagram and WhatsApp have been facing problems. Some of the problems included loading images, videos, and other data across the apps. This lead to problems for some people to load photos in the Facebook News Feed, view Instagram stories or send messages in WhatsApp. Facebook said earlier in the day that it was aware of the issues.

Childhood TV Shows From the 90s That We All Miss - Entertainment's Saga. There are so many childhood tv shows that the kids from the 90s would watch. Naming just one brings back so many childhood memories for Indians around the world. Here are a few 90s tv shows we at Entertainment’s Saga miss. Shararat – Thoda Jaadu, Thodi Nazaakat Shararat was a Hindi tv series which showcased three generations of women practicing magic in the most hilarious manner. Home - Entertainment's Saga.