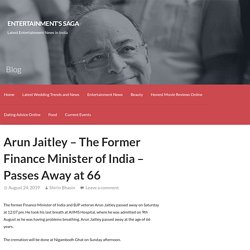 7 of Delhi's Food Influencers on Instagram You HAVE to Follow. For many people around the world, food is everything. 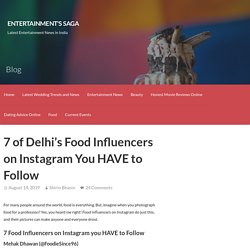 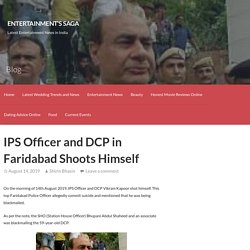 This top Faridabad Police Officer allegedly commit suicide and mentioned that he was being blackmailed. As per the note, the SHO (Station House Officer) Bhupani Abdul Shaheed and an associate was blackmailing the 59-year-old DCP. The IPS officer and DCP survived the incident, as his family was at home when he attempted to commit suicide. Two gunshots were heard by his wife. She quickly ran towards the sound, only to find Kapoor in a pool of blood. The additional director general of police (law and order) – Navdeep Singh Virk – has confirmed the incident. Types of Guests at Indian Weddings. There are different types of people in India. 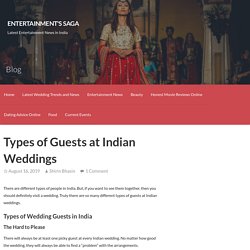 But, if you want to see them together, then you should definitely visit a wedding. Truly there are so many different types of guests at Indian weddings. Types of Wedding Guests in India The Hard to Please. 'Best Constable' Award Winner Arrested For Taking Bribe. On Independence Day this year, Telangana cop, P Thirupathi Reddy, won the award for the ‘Best Constable’. 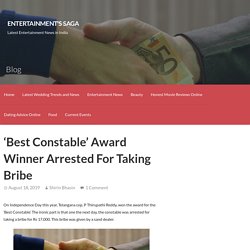 The ironic part is that one the next day, the constable was arrested for taking a bribe for Rs 17,000. This bribe was given by a sand dealer. In the past, the constable has been harassing the sand dealer. The sand dealer has also been threatened by P Thirupathi Reddy that the dealer’s tracker will be confiscated if the bribe is not paid. 'Best Constable' Award Winner Arrested For Taking Bribe.

7 Punjabi Party Songs That Never Get Old. Punjabi songs are the heart of most parties. 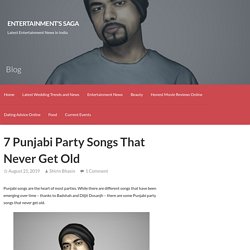 While there are different songs that have been emerging over time – thanks to Badshah and Diljit Dosanjh – there are some Punjabi party songs that never get old. Punjabi Dance Songs for Parties 1. Garlic Benefits for Skin and Hair. With so many hair and skin products in the market, people are now leaning towards a more natural way to treat their hair and skin. 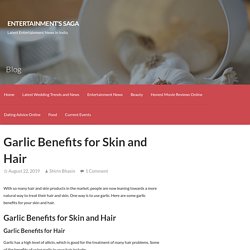 One way is to use garlic. Here are some garlic benefits for your skin and hair. Arranged Marriage vs Love Marriage: Which is the Way to Go? In the Indian society, the debate about arranged marriage vs love marriage has been going on for generations. 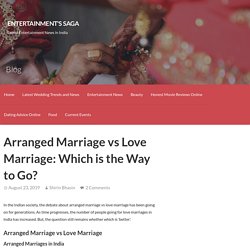 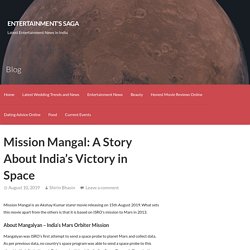 What sets this movie apart from the others is that it is based on ISRO’s mission to Mars in 2013. About Mangalyan – India’s Mars Orbiter Mission Mangalyan was ISRO’s first attempt to send a space probe to planet Mars and collect data. As per previous data, no country’s space program was able to send a space probe to this planet in their first attempt. Why You Should Be Following Shirin Bhasin on Instagram. As an Instagram user, there are a variety of people you follow. 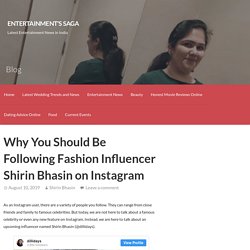 This district’s name is Dharampura. On her last visit to Pakistan, she paid a visit to this district.She has a Bachelor’s degree in Sanskrit and Political Science from Sanatan Dharma College in Ambala Cantonment. She started her political career with ABVP (Akhil Bhartiya Vidyarthi Parishad) partySushma went on and started her professional career as an advocate in the Supreme Court of IndiaAt age 25, she was the youngest member to join the cabinet in the year 1977.Did you know she was the first female Chief Minister of Delhi?

5 Makeup Tips for This Wedding Season. With the wedding season around the corner, there are a lot of exciting events to look forward to. But with each function, there is the tension of coordinating what to wear with the type of makeup. After a point, people start to wonder how to do makeup for marriage functions so that one can save money without looking like a clown. That’s why Entertainment’s Saga brings you makeup tips for a wedding function. Beauty Products Every Woman Should Have The first step of having a complete look is knowing the essential makeup must-haves of 2019. PrimerConcealerFoundationCompact (Face Powder)Eye Makeup such as mascara, eye shadow, kajal, and eyelinerLip Colour such as a lipstick or lip gloss Matching Makeup Products to Your Skin Tone It is essential that you buy the foundation and compact/face powder yourself.

That is when Rakhi actually came on record to say that she is indeed a married woman. Article 370 and 35A Scrapped by Government of India. Article 370 from the Indian Constitution gives the states of Jammu and Kashmir a special status. On the other hand, Article 35A gives the permanent residents of these two states special privileges. But, as these two articles get scrapped from the Constitution of India, Jammu and Kashmir as well as Ladakh will be considered as separate union territories. This announcement was made by Amit Shah at Rajya Sabha on 5th August at 11:15 am IST. 5 Oreo Dishes to Try at Home. 5 Essential Qualities of a Good Friend. 5 Rules for Online Dating if You're Looking For Something Serious.