Why Cultural Marxism Is Destroying America. 10 Key Ways To Break The Mass Delusion Machine. Perception is everything. 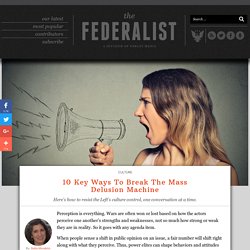 How To Escape The Age Of Mass Delusion. The 'institute' with no members embarrasses Senate committee. 'This seems to be what the Americans call astroturfing': Senator Nick Xenophon. 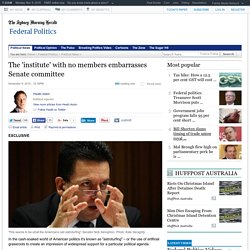 Photo: Kate Geraghty In the cash-soaked world of American politics it's known as "astroturfing" – or the use of artificial grassroots to create an impression of widespread support for a particular political agenda. Astroturfing can take many shapes but at its most basic the process enables already powerful interests to "counter-mobilise against regulation", according to the book Grassroots for Hire: Public Affairs Consultants in American Democracy.

Dallas Morning News Attacks Alex Jones Over Jade Helm. Hit piece fixates on B12 vitamins rather than addressing actual concerns over military drill Paul Joseph Watson Prison Planet.com May 1, 2015 The Dallas Morning News is the latest mainstream publication to attack Alex Jones and Infowars over our coverage of the Jade Helm military exercise, with a hit piece that dwells on B12 vitamins rather than addressing any of the issues surrounding the actual drill. 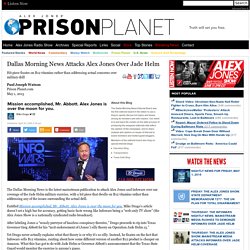 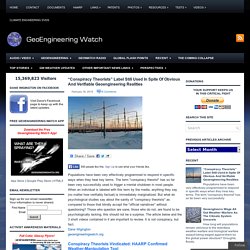 2015 Super Bowl Commercials - What Do They Want? Russell Brand The Trews (E249) Editor of Major German Newspaper Says He Planted Stories for the CIA. Becoming the first credentialed, well-known media insider to step forward and state publicly that he was secretly a “propagandist,” an editor of a major German daily has said that he personally planted stories for the CIA. 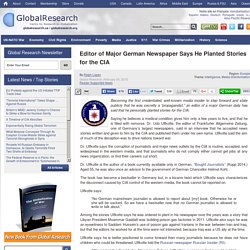 Saying he believes a medical condition gives him only a few years to live, and that he is filled with remorse, Dr. Udo Ulfkotte, the editor of Frankfurter Allgemeine Zeitung, one of Germany’s largest newspapers, said in an interview that he accepted news stories written and given to him by the CIA and published them under his own name. Ulfkotte said the aim of much of the deception was to drive nations toward war. Dr. Ulfkotte says the corruption of journalists and major news outlets by the CIA is routine, accepted, and widespread in the western media, and that journalists who do not comply either cannot get jobs at any news organization, or find their careers cut short. Dr. The elite television anchor: center of the psyop. The elite television anchor: center of the psyop by Jon Rappoport August 6, 2014. 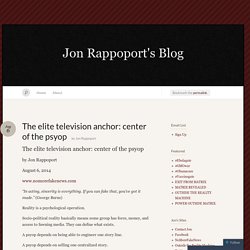 Gara LaMarche for Democracy Journal: Democracy and the Donor Class. Issue #34, Fall 2014 Foundations and philanthropists do much good, but these unelected actors have acquired enormous power to shape policy. 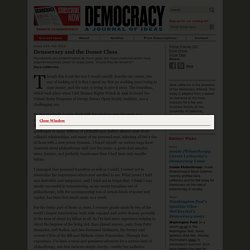 Should they be reined in? Gara LaMarche Though this is not the way I would usually describe my career, one way of looking at it is that I spent my first 20 working years trying to raise money, and the next 15 trying to give it away. The transition, which took place when I left Human Rights Watch in 1996 to found the United States Programs of George Soros’s Open Society Institute, was a challenging one. Obama Mocks GOP: I Didn't Dissolve Parliament. School Teaches Kids “The Government Gives Us Rights”

God-given freedoms are in fact “special privileges” granted by the state, says handout Paul Joseph Watson Prison Planet.com November 17, 2014 A handout given to second grade children at a school in Fairfield, Connecticut states that “the government gives us rights,” a disturbing example of how kids are being miseducated about their constitutional freedoms in America. 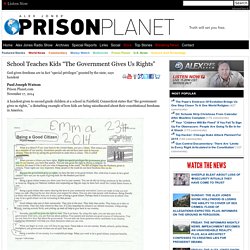 Concerned parent Andrew Washburn posted the handout to his Facebook page after his eight-year-old daughter brought home the paper. Entitled “Being a Good Citizen,” the handout tells children that “rights are special privileges the government gives you,” and that “the government gives us rights.” According to the paper’s warped logic, “Because the government gives us rights, we have the duty to be good citizens.” The handout also later states that “Someday you will be given the right to vote,” again implying that this is a right granted by government. Facebook @ FOLLOW Paul Joseph Watson @ Gun Control Documentary: There Are 'Limits to Every Right Articulated in the Constitution' And while the Huffington Post claims No Control offers a balanced look at the pro-Second Amendment versus gun control debate--"giving voice to advocates from both sides"--the documentary's trailer makes clear that "gun violence is a public health issue" and this, of course, sets up guns and gun ownership as issues to be dealt with in the same way as swine flu, bird flu, chicken pox, or Ebola. 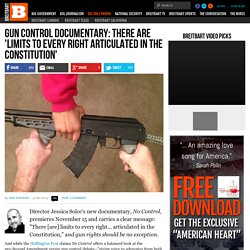 It opens the door for Centers for Disease Control and Prevention (CDC) and other groups to infringe on Second Amendment rights via agency-issued orders that bypass Congress and the people at large. Metadata retention scheme could be a bonanza. Using metadata to track your own everyday movements could bring you countless health and lifestyle benefits. 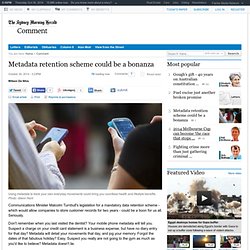 Photo: Glenn Hunt Communications Minister Malcolm Turnbull's legislation for a mandatory data retention scheme - which would allow companies to store customer records for two years - could be a boon for us all. British Spy Chief Calls For Crackdown On Internet Freedom. Ret. Police Captain: Feds Use Provocateurs to Influence Public Opinion.

Ask a grown-up: why do all films have to have a baddie? Ken Loach: 'Sometimes the real goodies are the baddies.' Illustration: Philip Partridge/GNM Imaging Drama is based on conflict. Dividing characters into "goodies" and "baddies" is a crude way of achieving that. But "baddies" are also used in films, particularly American films, to show people from different countries or social backgrounds in a bad way. In the cold war – a period of political tension between America and the Soviet Union from 1947-1991 – villains were Russian or eastern European. Comic Icon ‘Archie’ to Die Protecting Gay Gun Control Advocate In Upcoming Issue. Latest example of anti-gun rhetoric in mass entertainment Kit Daniels Prison Planet.com July 15, 2014.

» Glenn Beck to Bring Soccer Balls, Hot Meals to Illegals: ‘We Must Open Our Hearts’ Alex Jones' Infowars: There's a war on for your mind!