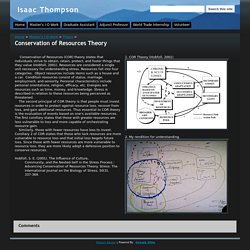 Resources are considered a single unit necessary for understanding stress. Resources fall into four categories. Hierarchy is Detrimental for Human Cooperation : Scientific Reports. David Rock on Neuroscience, Leadership and the SCARF Model. Shortly before taking a break from writing last Fall, I began digging more deeply into the work of David Rock, who for many years has been exploring the field of neuroscience and its implications for management, coaching, and organizational life. 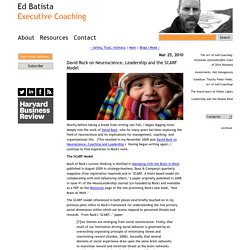 (This resulted in my November 2009 post David Rock on Neuroscience, Coaching and Leadership.) Having begun writing again, I continue to find inspiration in Rock's work. The SCARF Model. Ooa Boek van het Jaar: 'Trauma in organisaties' van Philippe Bailleur. We bezuinigen in de relatie en daarmee in de menselijkheid ~ Paul de Blot. Complete chaos en wenende mensen bij ontploffingen in station Brugge ... voor gepensioneerde treinbestuurder. Trauma of life is passed down in SPERM, affecting mental health of future generations. The changes are so strong they can even influence a man's grandchildrenThey make the offspring more prone to conditions like bipolar disorder By Emma Innes Published: 16:29 BST, 23 April 2014 | Updated: 16:42 BST, 23 April 2014 When a man is traumatised changes occur in his sperm which are passed on to his children. 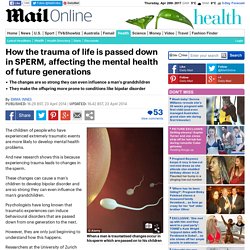 One-time 'psychological debriefing' after trauma is harmful, studies suggest. As reported in Monday’s Boston Globe, the Boston Marathon bombings have left many people in that city — those who were injured, of course, and their families, but also first responders and witnesses to the blasts — struggling with severe anxiety, feelings of helplessness, nightmares, flashbacks and other symptoms of post-traumatic stress disorder (PTSD). 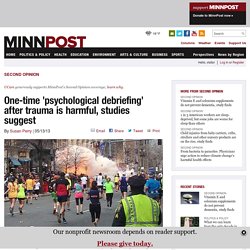 Some of those individuals will need long-term psychological counseling to learn how to manage and overcome those symptoms. But, as British psychologist Vaughan Bell points out in an article published Sunday in the Observer (a sister publication of the Guardian newspaper), there is one thing they and others who experience a traumatizing event — whether it be a bombing, a natural disaster like a tsunami, or a devastating accident — do not need: a flood of volunteer psychologists swooping in to do single-session treatments known as “psychological debriefing.” Writes Bell: Denounced by WHO. Psychological debriefing for preventing post traumatic stress disorder (PTSD).

An Error Occurred Setting Your User Cookie. Allostatic load - Wikipedia. Allostatic load is a conceptual framework used to explain how frequent or chronic activation of the body's stress response, essential for physiologically responding to acute threats, can result in physiological wear and damage, with negative consequences for health and function. 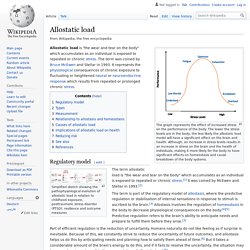 Allostatic load is generally measured through a composite index of indicators of cumulative strain on several organs and tissues, primarily biomarkers associated with the neuroendocrine, cardiovascular, immune and metabolic systems.[4] Indices of allostatic load are diverse across studies and are frequently assessed differently, using different biomarkers and different methods of assembling an allostatic load index. Allostatic load is not unique to humans and may be used to evaluate the physiological effects of chronic or frequent stress in non-human primates as well.[4] [edit] Four conditions that lead to allostatic load are: See also[edit] International Brain Injury Association - IBIA. By: Stephen F. 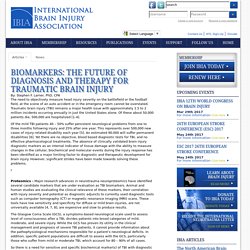 Larner, PhD, CPA The need to objectively measure head injury severity on the battlefield or the football field, at the scene of an auto accident or in the emergency room cannot be overstated. Traumatic brain injury (TBI) remains a major health issue with approximately 1.5 to 2 million incidents occurring annually in just the United States alone. Of these about 50,000 patients die, 500,000 are hospitalized [1-4]. (Reflections) Communicating through the noise. Each of us lives within a unique field of experience that may overlap with other people’s experience, but is never exactly the same. 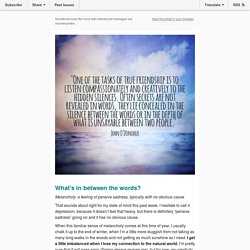 When I want to communicate with you, my intended message is shaped and encoded by my field of experience, which includes factors such as my gender, race, culture, disabilities, lived experiences, language ability, emotional state, etc. I choose the channel of communication to best offer the message (ie. will I make a phone call, wait until I can talk to you in person, or send an email?). If I am compassionate, I will consider your field of experience when choosing the channel (ie. if you are hearing impaired, a phone call might not be the best method), but I’m limited in how much I can understand your reality so I may make mistakes. Traaktmij. Cirkels, verbinden en ervaringen delen in de nasleep van blind geweld. Thordis Elva and Tom Stranger: Our story of rape and reconciliation.

Hoe een organisatie trauma kan oplopen - MT.nl. Untitled. The Roseto Effect – The Valley of the Roses. The Mystery of the Rosetan People. It seemed like a virtual fountain of youth, with a heart attack mortality rate roughly half the rate of every surrounding community. 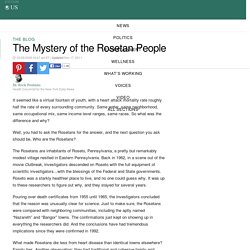