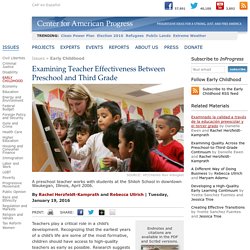 Harvard-Center on the Developing Child 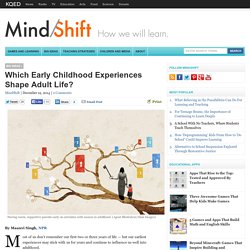 Child of the revolution. Making do … Hattie Garlick found her son Johnny was as happy to play with a cardboard box as expensive toys. 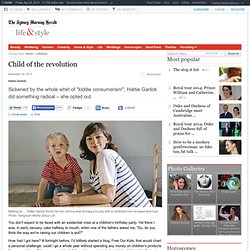 Photo: Telegraph Media Group Ltd You don't expect to be faced with an existential crisis at a children's birthday party. Does Intelligence Predict Life Success? A big emphasis is placed on a child’s intelligence. 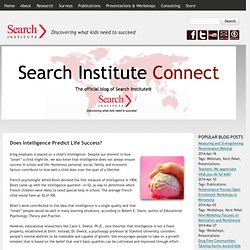 Despite our interest in how “smart” a child might be, we also know that intelligence does not always ensure success in school and life. Numerous personal, social, family, and economic factors contribute to how well a child does over the span of a lifetime. French psychologist Alfred Binet devised the first measure of intelligence in 1904. Uploads/Behavior_Labeling.pdf.

Academic redshirting: What does the research say about delaying kindergarten? Photo by Fotokostic/Shutterstock Last week, two of my neighbors sent their 5-year-olds on the school bus for the first time. 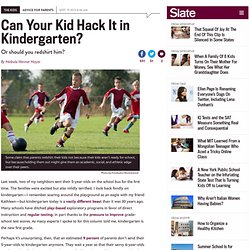 The families were excited but also mildly terrified. I look back fondly on kindergarten—I remember soaring around the playground as an eagle with my friend Kathleen—but kindergarten today is a vastly different beast than it was 30 years ago. Many schools have ditched play-based exploratory programs in favor of direct instruction and regular testing, in part thanks to the pressure to improve grade-school test scores. Rethinking Early Education, & Why It Matters - Of, By, For: In Search of the Civic Mission of K-12 Schools. Guest post by Kimberlee Kiehl As I sit working in my D.C. apartment, shut out of our school at the Smithsonian because we are deemed "non-essential," I am thinking about how this phrase in many ways applies to how we see early learning in this country overall. 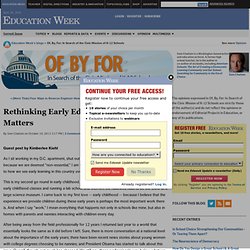 This is my second go round in early childhood. I spent 12 years as a tenured professor teaching early childhood classes and running a lab school and then left the hallowed halls to be the COO at a large science museum. Five research-driven education trends at work in classrooms. Lifelines for Poor Children. What’s missing in the current debate over economic inequality is enough serious discussion about investing in effective early childhood development from birth to age 5. 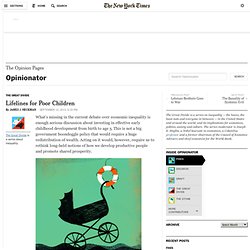 This is not a big government boondoggle policy that would require a huge redistribution of wealth. Acting on it would, however, require us to rethink long-held notions of how we develop productive people and promote shared prosperity. Sites/default/files/Challenging Common Myths Update.pdf. 'Preschool for All' Shouldn't Be 'One-Size-Fits-All' Co-authored by Sara McElmurry, communications manager, Latino Policy Forum. 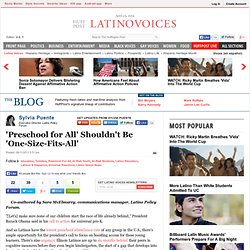 "[Let's] make sure none of our children start the race of life already behind," President Barack Obama said in his call to action for universal pre-K. And as Latinos have the lowest preschool attendance rate of any group in the U.S., there's ample opportunity for the president's call to focus on boosting access for these young learners. Great Analysis On Why Early Education Is Key to Income Equality Overlooks a Key Element - Thrive By Five WA. September 18th, 2013 by Paul Nyhan Income inequality is a top public policy debate these days, and early education should be a central part of those discussions, Nobel Prize-winning economist James Heckman argues in an excellent op-ed published recently in The New York Times. 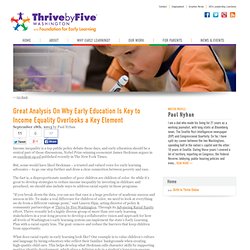 But, some would have liked Heckman – a trusted and valued voice for early learning advocates – to go one step further and draw a clear connection between poverty and race. The fact is, a disproportionate number of poor children are children of color. So while it’s great to develop strategies to reduce income inequality by investing in childcare and preschool, we should also include ways to address racial equity in those programs. “If you break down the data, you can see that race is a huge predictor of academic success and success in life. Early schooling damaging children's wellbeing, say experts.

More than 100 teachers, writers and academics have said the government's early years education policies are damaging children's health and wellbeing. 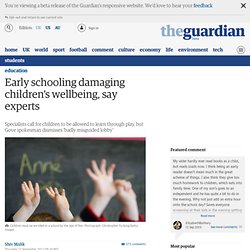 The education specialists have written to the secretary of state, Michael Gove, to demand that children be allowed to learn through play instead of being prepared for formal lessons at such an early age. Signed by 127 senior figures including Lord Layard, director of the wellbeing programme at the London School of Economics, and Sir Al Aynsley-Green, the former children's commissioner for England, the letter in the Telegraph says current research "does not support an early start to testing and quasi-formal teaching, but provides considerable evidence to challenge it". It says: "Very few countries have a school starting age as young as four, as we do in England. Children must be receiving education by the age of five, and by age seven they are subject to three Rs assessment. • This article was amended on 16 September 2013. Half in Ten. A Strong Start Makes a Difference.

Early Learning! Lots of people are talking about it and we wanted to hear from the educators and parents who regularly witness the powerful effects of high-quality early learning. We asked individuals across the country to tell us about their experiences and what early learning has meant to the children in their lives. In this book you’ll find firsthand stories from preschool teachers, early-care providers, home visitors, parents, elementary-school teachers, and business leaders from across the country. PreK-3rd: Challenging Common Myths About Dual Language Learners, An Update to the Seminal 2008 Report. Let the Kid Study Music, Already! Foundation for Child Development. Foundation for Child Development A small foundation like FCD has an important role to play. It has a certain freedom, and thus the ability to innovate and take risks. Journals.ohiolink.edu.proxy.libraries.uc.edu/ejc/pdf.cgi/Hill_Jennifer_Ann.pdf?issn=01634437&issue=v33i0003&article=347_echciicayi.

The Campaign for Grade-Level Reading. Report: Pioneering Literacy in the Digital Wild West: Empowering Parents and Educators Digital apps designed to teach young children to read are an increasingly large share of the market, but parents and educators have little to no information about whether and how they work. The Campaign worked with experts in early literacy and technology at the New America Foundation and the Joan Ganz Cooney Center at Sesame Workshop to create a report that scans the market of digital products and shares promising practices and programs.

To download Pioneering Literacy in the Digital Wild West: Empowering Parents and Educators click here. To view a recording of the webinar on the findings of the report, please click here. To access the powerpoint slides for the webinar, please click here. Promising Programs Supporting Families and Communities: Promising Programs Supporting Reading Teachers: To Develop Tomorrow’s Engineers, Start Before They Can Tie Their Shoes. Lagging STEM Skills are No Laughing Matter. June 6, 2013 by Irene Sege. Music, Diversity, and Mission in One Black Student Organization. By Sherry L. Deckman on July 2,2013 The term diversity is exceedingly common—some would even say conspicuous—in discussions of higher education, yet there is no consensus as to its import or even a precise definition.