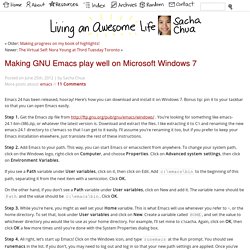 Here’s how you can download and install it on Windows 7. Bonus tip: pin it to your taskbar so that you can open Emacs easily. Step 1. Get the Emacs zip file from . You’re looking for something like emacs-24.1-bin-i386.zip, or whatever the latest version is. Step 2. If you see a Path variable under User variables, click on it, then click on Edit. Introducing the Wired Map Lab: Our Quest to Find, Explore, and Make Maps. You are here. 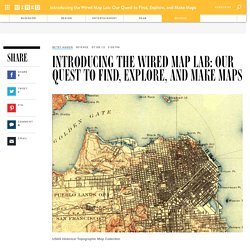 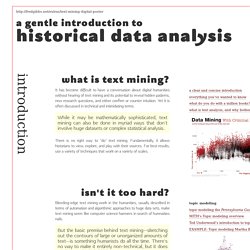 The following techniques are incredibly useful for a small to intermediate amount of text. These techniques do not scale up to handle huge amounts of data, but then again most historians don't work with huge amounts of data. One example is using Voyant to explore a single text or set of texts. Let's say I want to explore the use of poison in the 19th century. First, we need digitized source material that might tell us something. Look for words that might be informative. Hardly a groundbreaking discovery, but it's a quick, targeted approach to making sense of documents on a scale not possible without computer mediation, but without expecting the machine to find interesting patterns on its own. Get a Life, PhD: How To Avoid Spending All of Your Time Teaching: Seven Tips for Efficient Teaching.

Jamaica and Slavery in the Age of Revolution. How Strong is Your Password? It would take to crack your password. 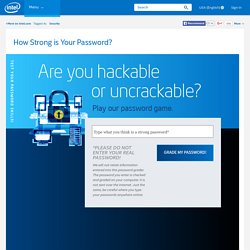 We will not retain information entered into this password grader. The password you enter is checked and graded on your computer. It is not sent over the Internet. Just the same, be careful where you type your passwords anywhere online. Note: This is not a guarantee of the security of your password. Share your pledge on Facebook* or Twitter*. Are you a password master? Want to take your password from hackable to uncrackable? Step 2: Use multiple passwords. 50 of the Best Online Courses and Resources for Learning Web Design. French Revolution Digital Archive: From the curator. The French Revolution Digital Archive emerged from the expressed need by scholars of the French Revolution to gain greater and more flexible access to their sources. 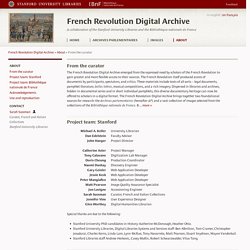 The French Revolution itself produced scores of documents by participants, spectators, and critics. These materials include texts of all sorts – legal documents, pamphlet literature, belles lettres, musical compositions, and a rich imagery. Dispersed in libraries and archives, hidden in documental series and in short individual pamphlets, this diverse documentary heritage can now be offered to scholars in a digital format. The French Revolution Digital Archive brings together two foundational sources for research: the Archives parlementaires (hereafter AP) and a vast collection of images selected from the collections of the Bibliothèque nationale de France.

Intro to JS: Drawing & Animation. How to Make a Web Site Part II: Styling and CSS. A concrete approach to learning how to program. As someone who has previously taught computer programming for nearly a decade, I’m often asked questions that involve “what’s the best way to go about learning to program computers,” or “what’s the best way to get a software engineering job,” or “how can I learn to build mobile or web apps?” 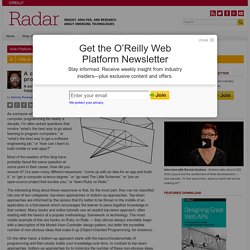 Most of the readers of this blog have probably faced the same question at some point in their career. Create and share visual ideas online. Will the Circle Be Unbroken Advanced Guitar Lesson- Hot Bluegrass Lead - Flatpicking Guitar Network. Gibson Guitar Lessons: Arlen Roth. An Academic Portfolio. Associate Professor of Hebrew Literature and Culture. I joined the University of Michigan in 2003. 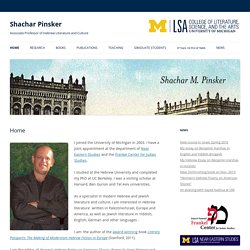 I have a joint appointment at the department of Near Eastern Studies and the Frankel Center for Judaic Studies. I studied at the Hebrew University and completed my PhD at UC Berkeley. I was a visiting scholar at Harvard, Ben Gurion and Tel Aviv universities. As a specialist in modern Hebrew and Jewish literature and culture, I am interested in Hebrew literature written in Palestine/Israel, Europe and America, as well as Jewish literature in Yiddish, English, German and other languages . I am the author of the award-winning book Literary Passports: The Making of Modernism Hebrew Fiction in Europe (Stanford, 2011). Open HGIS Lessons and Resources. The Atlantic Networks Project. The History Major in a Digital Age. Teaching Posted by W. 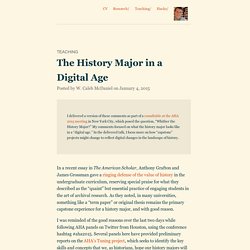 Caleb McDaniel on January 4, 2015 I delivered a version of these comments as part of a roundtable at the AHA 2015 meeting in New York City, which posed the question, “Whither the History Major?” My comments focused on what the history major looks like in a “digital age.” In the delivered talk, I focus more on how “capstone” projects might change to reflect digital changes in the landscape of history.