The Terror Trump. Learn + Teach • Resources. Cord cutting... Save $1000 a year? yup! TITANIC. B.C. megathrust earthquake could rupture like a zipper, expert says. The low tide, bright sunshine and constant roar of endlessly approaching waves display the full power of the wide-open Vancouver Island shoreline at the remote beach handed down to Stella Peters and her family as a wedding dowry. 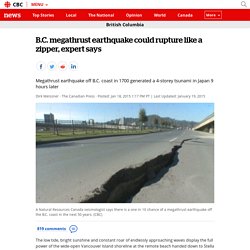 For generations, Peters and her relatives have been the keepers of Pachena Bay, the picturesque beach that scientists forecast as an epicentre for the next massive earthquake and tsunami. Right now the two plates are sort of stuck together.They're locked, yet they are still moving toward each other. -Alison Bird, Natural Resources Canada seismologist. The bay is also the home to the Huu-ay-aht First Nations village of Anacla, about 300 kilometres northwest of Victoria, which aboriginal oral history says was devastated when an ancient earthquake convulsed the West Coast of North America. 20-minute warning to higher ground When the next megathrust quake hits, residents on the west side of Vancouver Island will barely have 20 minutes to get to higher ground.

Good karma. Victim says she was gang raped as teens laughed, egged each other on. Three teen boys laughed as they took turns having sex with Sara, encouraging each other to hit her, even as she cried out in pain and said "no. 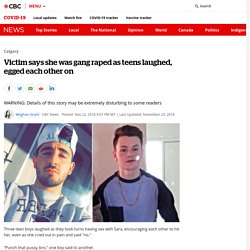 " "Punch that pussy, bro," one boy said to another. 'I Thought He Would Die': Daughter Documents Homeless Dad's Life. Blue box recycling isnt workig the way it should. When Bill Gates and Mark Zuckerberg sound the same dire warning about jobs, it’s time to listen. ‘You don’t plan for grief of this kind’: father of baby who died of aHUS speaks for first time. Victim of Maryland school shooting is ‘brain dead,’ being removed from life support: family.

A teenage girl who was shot when a classmate opened fire inside their Maryland high school is brain dead and is being removed from life support, her mother said Thursday Melissa Willey told news reporters Thursday night that her daughter, 16-year-old Jaelynn Willey has “no life left in her.” 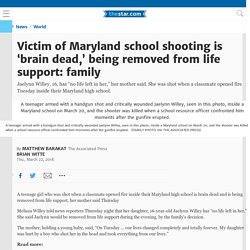 She said Jaelynn would be removed from life support during the evening, by the family's decision. The mother, holding a young baby, said, “On Tuesday ... our lives changed completely and totally forever. My daughter was hurt by a boy who shot her in the head and took everything from our lives.” CBC.ca. Buried deep below a sandy beach and pressed into soft clay, footprints from an ancient time hold clues to life for some of North America's early humans. 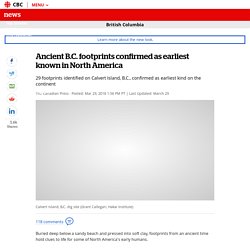 At least 29 footprints have been identified on Calvert Island in British Columbia and confirmed as the earliest known of their kind on the continent. Researchers at the University of Victoria's Hakai Institute published their findings in the journal PLOS One on Wednesday, corroborating earlier indications of the age of the prints at about 13,000 years old. Lead author Duncan McLaren first reported 12 single footprints in 2015. Michael Caine Interview - GQ Men of the Year 2007 - GQ.COM (UK) One of the original Sixties working-class heroes, he has outlasted his peers with a career that is well into its fifth decade. 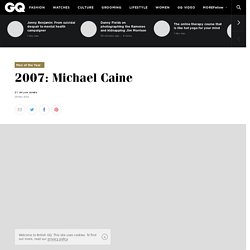 Bizarrely, Britain's most iconic and prolific actor, and cinema's most famous voice ever, is also a chill-out DJ - and not a lot of people know that. 2007's Lifetime Achiever's name... is Michael Caine. A few years ago, on a Tuesday morning in March, a friend of mine made a fairly run-of-the-mill telephone call. Lower Fraser Valley Air Zone Data - Province of British Columbia. Lava crashes through roof of Hawaii tour boat, injuring 23. An explosion caused by lava oozing into the ocean sent molten rock crashing through the roof of a sightseeing boat off Hawaii's Big Island, injuring 23 people Monday, officials said. 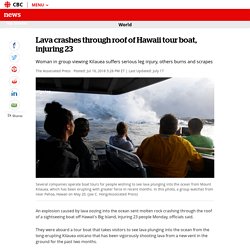 They were aboard a tour boat that takes visitors to see lava plunging into the ocean from the long-erupting Kilauea volcano that has been vigorously shooting lava from a new vent in the ground for the past two months. The hole left from the exploding lava can be seen in the roof of a tour boat off Kapoho, Hawaii. (Hawaii Department of Land and Natural Resources via Reuters) Safety & Nest Care – LoveBird BabyNests & WilderNest Sewing Co. 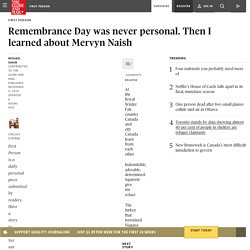 Have a story to tell? See our guidelines at tgam.ca/essayguide. This week, First Person reflects on the pride and the heartache of Remembrance Day. Story continues below advertisement. George Michael rocks. The fans, not so much. 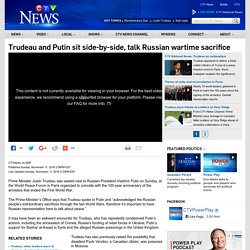 The Prime Minister’s Office says that Trudeau spoke to Putin and “acknowledged the Russian people’s extraordinary sacrifices through the two World Wars, therefore it’s important to have Russian representation here to talk about peace.” It may have been an awkward encounter for Trudeau, who has repeatedly condemned Putin’s actions, including the annexation of Crimea, Russia’s funding of rebel forces in Ukraine, Putin’s support for Bashar al-Assad in Syria and the alleged Russian poisonings in the United Kingdom. Trudeau has also previously raised the possibility that dissident Pyotr Verzilov, a Canadian citizen, was poisoned in Moscow.

Photography tips & guides 2018. Staples. The SSD Endurance Experiment: Data retention after 600TB - The Tech Report - Page 1. Hard drive - Is it safe to use an SSD for Backup purposes? Comparing printers. English Grammar: I, Me, Myself, and My. Why are the smallest words in English so difficult to master? 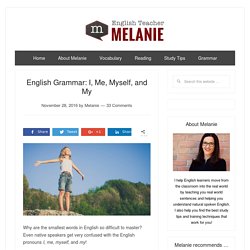 Even native speakers get very confused with the English pronouns I, me, myself, and my! Why do we have so many different words to describe the same person? Each word is a different part of speech and has a different role to play in a sentence. I is a subject pronoun. Inattentional blindness. Also known as perceptual blindness, inattentive blindness results from a lack of attention that is not associated with vision defects or deficits, as an individual fails to perceive an unexpected stimulus in plain sight. 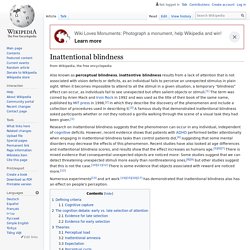 When it becomes impossible to attend to all the stimuli in a given situation, a temporary “blindness” effect can occur, as individuals fail to see unexpected but often salient objects or stimuli.[1] The term was coined by Arien Mack and Irvin Rock in 1992 and was used as the title of their book of the same name, published by MIT press in 1998,[2] in which they describe the discovery of the phenomenon and include a collection of procedures used in describing it.[3] A famous study that demonstrated inattentional blindness asked participants whether or not they noticed a gorilla walking through the scene of a visual task they had been given.[1]