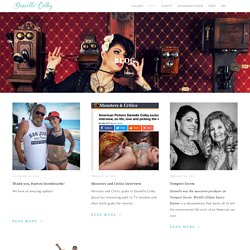 Monsters and Critics Interview Monsters and Critics spoke to Danielle Colby about her interesting path to TV stardom and what really grabs her interest. Read More Tempest Storm Danielle was the executive producer on Tempest Storm: World's Oldest Exotic Dancer is a documentary that bares all to tell the controversial life story of an American sex icon. 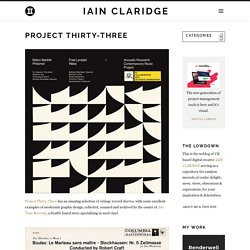 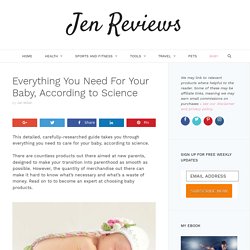 There are countless products out there aimed at new parents, designed to make your transition into parenthood as smooth as possible. However, the quantity of merchandise out there can make it hard to know what’s necessary and what’s a waste of money. Read on to to become an expert at choosing baby products. Jill Bearup. Jordan Erica Webber—The Gadget Show. Sound Artist, Radio Producer, Tape Loop Wrangler. Wetdryvac Net – Consulting, Art, Publication, and Photography. The Null Hypothesis.: Too Busy To Be Well-Informed? A frequent allegation put to me when I pop up and debunk some nonsense story or image on one site or another is "you must have a lot of time on your hands. 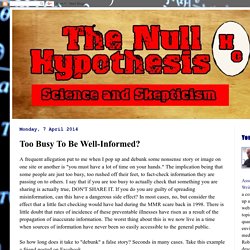 " The implication being that some people are just too busy, too rushed off their feet, to fact-check information they are passing on to others. I say that if you are too busy to actually check that something you are sharing is actually true, DON'T SHARE IT. José Naranja. About — Linda Holmes. I'm a podcast host, writer, radio maker, interviewer, Twitter liker, Twitter fearer, former lawyer, one-time college a cappella singer, occasional bread baker, photography dabbler, and very lucky weirdo. 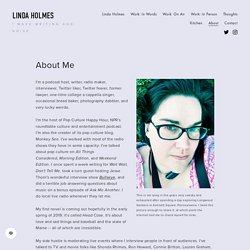 I'm the host of Pop Culture Happy Hour, NPR's roundtable culture and entertainment podcast. I'm also the creator of its pop culture blog, Monkey See. I've worked with most of the radio shows they have in some capacity: I've talked about pop culture on All Things Considered, Morning Edition, and Weekend Edition. I once spent a week writing for Wait Wait, Don't Tell Me, took a turn guest-hosting Jesse Thorn's wonderful interview show Bullseye, and did a terrible job answering questions about music on a bonus episode of Ask Me Another. 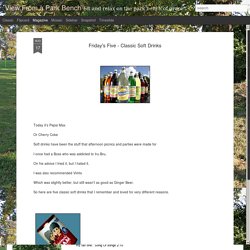 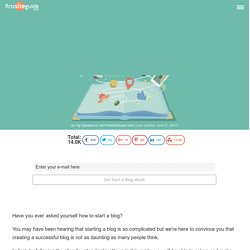 You may have been hearing that starting a blog is so complicated but we're here to convince you that creating a successful blog is not as daunting as many people think. In fact, by following the step-by-step instructions in this guide, you will be able to set up and make your own blog, avoiding pitfalls and missteps that hinder some novices (no technical skills needed). Ready? Let’s get to it! Five easy steps to starting a blog: Choose a blogging platformGet a web hosting account Pick a domain name Install blogging software and set up a blog Select a blog design and layout Choose a blogging platform At this stage, you’ll need to determine the type of blog management platform/tool you want to use. When it comes to starting your blog you have the following options: free, freemium and self-hosted (recommended) platforms. Free platforms Top in Blog usage in the United States.

Motorbikes anyone? What not to say to Icelanders. OK, so after my last blog a friend agreed that she constantly gets the same reply as me, when she says she's from Iceland. 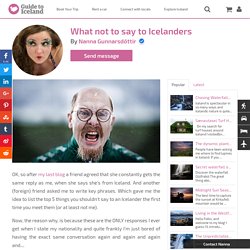 And another (foreign) friend asked me to write key phrases. I'm stuck in a perpetual whirlpool of confusion. Get to know me - Young Adventuress. Hello! 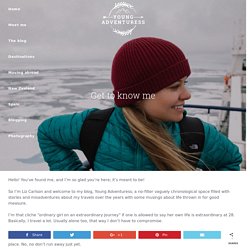 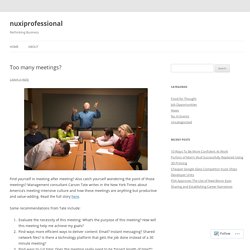 Also catch yourself wondering the point of those meetings? Management consultant Carson Tate writes in the New York Times about America’s meeting-intensive culture and how these meetings are anything but productive and value-adding. Read the full story here. What Short Thought - Personal Blog. The ideological psychopaths behind Trump, Putin and Brexit – Infinite Coincidence. I’ve seen several headlines comparing Steve Bannon, Trump’s Chief Strategist, to the Mad Monk Rasputin, given the coincidence of their seemingly hypnotic influence over the country’s most powerful man and their apparent commitment to arcane forms of Evil. Rasputin also has a counterpart in contemporary Russian politics, in the form of Vladislav Surkov, ‘Putin’s grey cardinal’, a figure who, according to the Atlantic, “has directed Russian society like one great reality show”, often using bizarre means of discrediting anyone who stands up to the Government.

A meeting between Bannon and Surkov would put Malcolm Tucker and Jamie from ‘The Thick of It’ in the shade. Although Tony Blair’s Press Secretary Alistair Campbell was the model for Tucker, his bullying and lying could hardly be called psychopathic, and he seems to have been driven by loyalty and career progression rather than destructive zeal even as his dishonesty and cynicism destroyed the Middle East. Readings From the Northside – Life On The Beach.

Radio forum - RadioBanter. Wait But Why. Musings on art, science, particles & waves. Quincy, M.E. – The Punk Rock Episode. Posted on 28. Aug, 2013 by Greg in Half-Assed Posts Ever since the late Jack Klugman passed away back last December, I’ve been meaning to do sort of a tribute. But, it’s more of a tribute to an episode of “Quincy, ME”, entitled “Next Stop, Nowhere”. Or as most people may know it, the punk rock episode of Quincy. This episode was heavily traded back in the day, along with Marilyn Manson on Donahue talking about the dangers of “Moshing”. The episode starts out at a Punk Rock club, a bunch of “punks” are all anxious to see the band “Mayhem”. The band starts by insulting the crowd saying they’re ugly. Jamie's Rants - Jamie Kitson's Ranting Blog. "yeah thats not what I was looking for at all.". From: Shannon WalkleyDate: Monday 21 June 2010 9.15amTo: David ThorneSubject: Poster Hi I opened the screen door yesterday and my cat got out and has been missing since then so I was wondering if you are not to busy you could make a poster for me.

It has to be A4 and I will photocopy it and put it around my suburb this afternoon. This is the only photo of her I have she answers to the name Missy and is black and white and about 8 months old. missing on Harper street and my phone number. Reaching for The Sky. Today is Saturday, January 18, 2014. I’ve been thinking recently about all the times in my life when I have managed to cut the puppet strings, the times when I have refused to do the expected, the times I have forged my own path. Looking back, I realize that I should have done it sooner in some cases, that I could have done it a bit more smoothly in other cases.

Still, I don’t regret any of the times that I refused to go along with society’s expectations. I only regret not having done it sooner, and more often. Bad thermodynamics: Entropy. Usually my blog entries comment on some specific news item, but in other cases I’m motivated not by a particular current event or pseudoscience eruption, but by student questions or offhand comments I hear that demonstrate and remind me of some example of common bad thinking. Being Mrs C. Monkey See. Bob's casual gaming blog. LES IMAGES DE CARO. Curly in spanish, crazy in english. Psyches Journey. BLOG — Laura Miller. I get a ton of emails asking for suggestions on what food processors and blenders to buy. I really want to emphasize that if you’re just getting started with raw food, definitely don’t feel like you have buy everything all at once! Start with what you’ve got, then figure out which of these you're actually using a lot or really feeling like you're missing.

Hi, I’m Claire Barratt. You may remember me from such projects as…. Salvage Squad, C4 (3 series x 10 x 60 minutes of 8pm engineering then repeated endlessly on Discovery) BBC Radio 4's Digital Human. For Todd Matthews, it all started with a ghost story shared among teenagers. Prosthetic knowledge. This story is already doing the rounds but is still very interesting - Machine Learning research from Georgia Tech manages to clone game design from a video recording. Lost in Budapest, Found in a Ruin Bar. T'HY'LA: I went to the Harry Potter studio tour! First World Problems - Funny First World Problem Meme Images. Ready Player One. The Legend of 3:33am… Man OverBoard. Ambiguous Words.

Mostly crazy. Thirty Seconds To Mars - LOVE LUST FAITH + DREAMS. KindMemory Players. Bizarre Books: A Compendium of Classic Oddities. How to Start a Blog - The Free Beginner's Guide to Blogging. How Jorn Barger Invented Blogging. Your official source for everything A.C. Peterson - gucky.guck.net. Io9 - We come from the future.