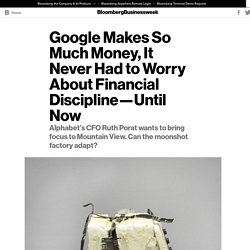 It was a first for Teller, but not for X, or Google X, as the research lab he runs used to be known. The lab has been a fixture on the conference circuit for years. In 2011, Sebastian Thrun, X’s founder, took the TED stage and predicted that driverless cars would put an end to traffic fatalities. In 2013, Sergey Brin, Google’s co-founder, showed up wearing X’s wearable computer, Google Glass, and argued that face-mounted devices were a natural successor to the smartphone. In 2015, Chris Urmson, the technical lead of X’s autonomous vehicle program, argued that driverless cars should operate with no human oversight at all. Uk.businessinsider. Log In. Pursglove would soon learn, however, that navigating this offshore archipelago is not easy. 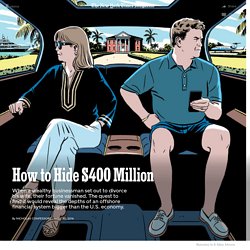 In any given year, trillions of dollars sit safely in the offshore financial world, effectively stateless, protected by legions of well-compensated defenders and a tangle of laws deliberately designed to impede creditors and tax collectors. Even the United States government finds it challenging: A special Internal Revenue Service division known as the “wealth squad,” set up in 2010 to crack down on high-end tax evaders with multinational holdings, today has enough manpower to assess only about 200 cases a year. Search results. How Renaissance’s Medallion Fund Became Finance’s Blackest Box - Bloomberg. 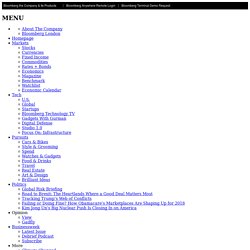 How I stopped the RSI pain that almost destroyed my programming career · Code Without Rules. Real or not? USC study finds many political tweets come from fake accounts. They are used to help businesses better interact with customers. 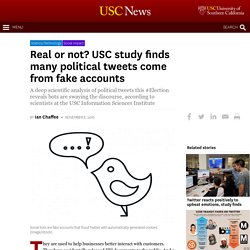 They have accidentally released FBI documents to the public. And a new study shows that they have some pretty strong political opinions. They are bots — those fake accounts that flood Twitter with automatically generated content, and they made up nearly one-fifth of the political discourse on the microblogging service this campaign season, according to the newly published findings by computer scientists at the USC Viterbi School of Engineering’s Information Sciences Institute. “Twitter has become the main information source for a significant fraction of Americans. The Happiest People Don't Let Their Minds Wander, According to a Harvard Study. Inference: International Review of Science. Srinivasa Ramanujan, a self-taught Indian mathematician, compiled during his short life a vast number of deep results spanning analysis, number theory, and modular forms. 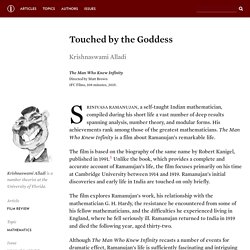 His achievements rank among those of the greatest mathematicians. The Man Who Knew Infinity is a film about Ramanujan’s remarkable life. How Casinos Enable Gambling Addicts. On the morning of Monday, August 13, 2012, Scott Stevens loaded a brown hunting bag into his Jeep Grand Cherokee, then went to the master bedroom, where he hugged Stacy, his wife of 23 years. 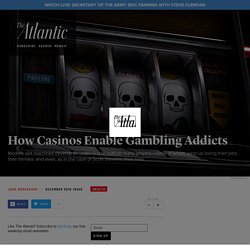 “I love you,” he told her. Stacy thought that her husband was off to a job interview followed by an appointment with his therapist. Instead, he drove the 22 miles from their home in Steubenville, Ohio, to the Mountaineer Casino, just outside New Cumberland, West Virginia. He used the casino ATM to check his bank-account balance: $13,400. Have You Ever Tried to Sell a Diamond? Be Careful About What You Dislike. Written on Saturday, November 5, 2016 The last few months I keep making the same observation over and over again in various different contexts: that whenever you are confronted with a very strong opinion about a topic, reasonable discussions about the topic often involve arguments that have long become outdated or are no longer strictly relevant to the conversation. 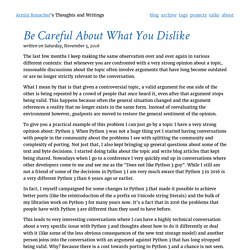 What I mean by that is that given a controversial topic, a valid argument for one side of the other is being repeated by a crowd of people that once heard it, even after that argument stops being valid. This happens because often the general situation changed and the argument references a reality that no longer exists in the same form. The “432 Hz vs. 440 Hz” conspiracy theory. Where are the Eyes? Talks at Google. Geolocation - How does Google know where I am? You disabled WiFi and GPS, but you still have cellular data turned on. 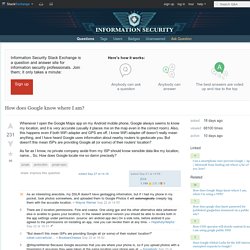 That means that the phone is in communication with the local cell towers. Android uses cell tower geolocation to estimate your current location. Each cell tower has a set of ID numbers that identifies them to the phones. It broadcasts its identity constantly so that phones can connect to it as they move around. Cellular tower antennas are directional, with each tower serving roughly three different areas; you can think of them as three pie-shaped wedges with the cell tower at the center of the pie. Brain training exercises just make you better at brain training exercises – Research Digest. By Christian Jarrett If you spend time building your physical strength and stamina in the gym, you can expect to carry these benefits into everyday life. 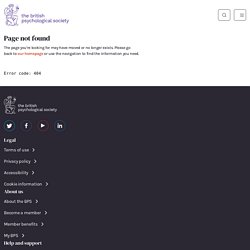 It will be easier for you to lug heavy shopping bags around or run for the bus. You will likely reduce your chances of developing cardiovascular and other illnesses. A new review of brain training games in Psychological Science in the Public Interest – the most comprehensive ever conducted – shows that unfortunately the same principle does not hold for these games. When you spend time completing mental exercises on your phone or computer, you will most likely only become better at those exercises or very similar tasks.

Brain-sensing technology allows typing at 12 words per minute – Science Bulletin. Directly reading brain signals could provide a way for people to communicate their thoughts and emotions.Credit: Image courtesy of Stanford University It does not take an infinite number of monkeys to type a passage of Shakespeare.

Instead, it takes a single monkey equipped with brain-sensing technology — and a cheat sheet. That technology, developed by Stanford Bio-X scientists Krishna Shenoy, a professor of electrical engineering at Stanford, and postdoctoral fellow Paul Nuyujukian, directly reads brain signals to drive a cursor moving over a keyboard. How to raise a genius: lessons from a 45-year study of super-smart children. Illustration by Vasava. Google employees have enjoyed revolving door during Obama administration. Photo illustration from LinkedIn photos ALL IN THE FAMILY: These are among the more than 250 people who have transitioned from Google to government or vice versa during the Obama administration.

At least two dozen among the group have taken jobs in key posts in government or Google in that span. AI’s Language Problem. “I Want to Know What Code Is Running Inside My Body” — Backchannel.