Uk.businessinsider. Adidas DisclaimerMore US0185811082 on Markets Insider » For a while, Adidas and Parley for the Oceans, an organization dedicated to reducing plastic waste in oceans, have collaborated on shoes made of recycled plastic from oceans. 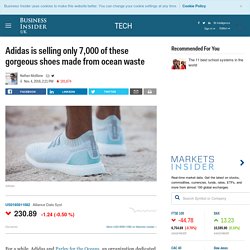 Last year, they 3-D printed a prototype, with the goal of demonstrating how the industry could "rethink design and help stop ocean plastic pollution," according to Adidas. Now they are making actual pairs of shoes available for you to buy. New five pound note: Not suitable for vegetarians. Image copyright PA The UK's new fiver has won many fans since it was launched in September. 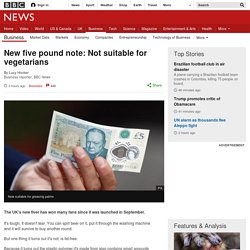 It's tough. It doesn't tear. You can spill beer on it, put it through the washing machine and it will survive to buy another round. But one thing it turns out it's not, is fat-free. New Vegan Products Hit the Shelves for Christmas. The market for vegan food is growing at a record pace. 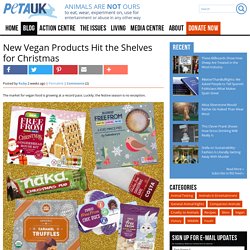 Luckily, the festive season is no exception. We’ve got a list of new vegan goodies available this Christmas. From festive-themed sandwiches to chocolate selection boxes, there are loads of treats to indulge in. Have you spotted any of these yet? Pret A Manger Christmas Baguette The first-ever vegan sandwich in Pret’s Christmas range brings together grilled carrots, parsnip purée, crispy onions, festive chutney, toasted pistachios, and watercress on a stone-baked baguette. 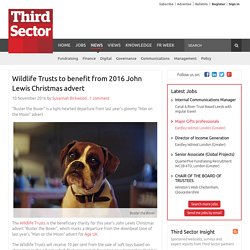 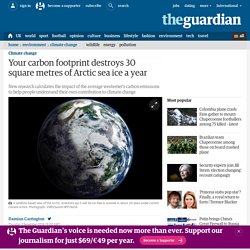 The work indicates that, even with current efforts to cut emissions, the Arctic will lose all its ice in summer within about 20 years. Plummeting Arctic sea ice cover is one of the most obvious signs of climate change and is increasingly linked to extreme weather events such as storms and floods in Europe and severe cold snaps in the US. The new study revealed a linear link between emissions of CO2 and the loss of Arctic sea ice, which has shrunk by half in the last 40 years. Your carbon footprint destroys 30 square metres of Arctic sea ice a year. Tech mobility startups are helping reduce the overall carbon footprint. It not just eco-friendly citizens who have options for carpools or public transport for private commute; big corporates also have option to promote eco-friendly travel by availing transportation services from these cab service companies. 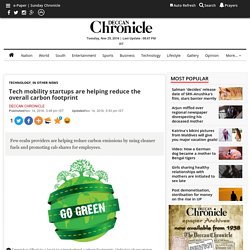 In 2015, greenhouse emissions from India grew by 5 per cent. Moreover, the current smog struck Delhi is a wake-up call for India on air pollution. Smog has lifted to a level leaving behind carbon footprints. Vehicles share major chunk of pollution in the cities. Amidst this critical situation everyone is trying to do their little to improve. HEI Acts of Aloha helps UH reduce carbon footprint. Hawaiian Electric Industries (HEI) has donated four Smart ForTwo Electric Drive vehicles to the University of Hawaiʻi for the UH Mānoa, UH West Oʻahu, UH Hilo and UH Maui College campuses. 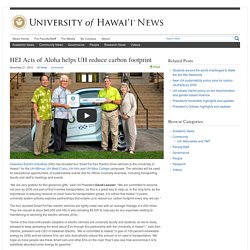 The vehicles will be used for educational opportunities, at sustainability events and for official university business, including transporting faculty and staff to meetings and events. “We are very grateful for this generous gifts,” said UH President David Lassner. “We are committed to become net zero by 2035 and part of that involves transportation, so this is a great way to help us. Before the Flood review – DiCaprio's level-headed climate change doc. Here is a heartfelt, decent, educational documentary about the most important issue of our time – climate change – presented by A-lister Leonardo DiCaprio, who proves his own commitment to the cause. 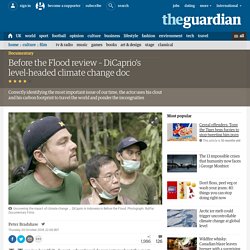 His own interest began with an encounter with Al Gore in 2000 and has been a genuine passion with him since. DiCaprio concedes that his own celebrity status is a double-edged sword. It draws attention to the topic, but allows the naysayers to say that he is a shallow, chuckle-headed movie star and this whole issue must therefore be a fad. There are brutal Fox TV news clips to this effect. How Wildlife May Fare Under Trump. What a president will do for wildlife has never been much of a campaign issue. 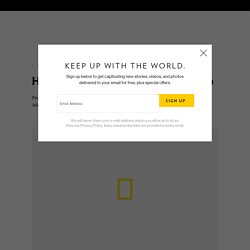 Debates focus on national security, trade, economics, and to a lesser degree in this election cycle, on the environment. Wildlife, however, plays a part in all those concerns. Take, for example, the illegal wildlife trade. Furniture retailers could be destroying forests, claim WWF. John Lewis partners with Wildlife Trusts for Christmas advert. The Wildlife Trusts is this year’s charity partner for the John Lewis Christmas campaign, with 10 per cent of the sale of the soft toys featured in the advert set to be donated to the charity. 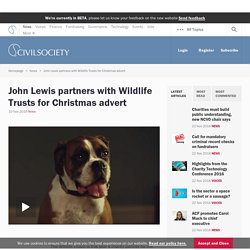 John Lewis launched its much-anticipated festive advert this morning, featuring Buster the Boxer and some woodland friends who get excited about the arrival of a trampoline, and 10 per cent of the cost of ten products connected to characters in the advert will go to the charity. The Wildlife Trusts is a federated body of 47 individual trusts covering the UK. They work to improve the environment and collectively have more than 800,000 members. Previous John Lewis charity partners have included Age UK, WWF and Action on Hearing Loss.

Planet Earth II - Iguanas, Otherworldly Threats, and Island Life. Living Planet Report 2016. Stella on Sustainability: Fashion Is Literally Getting Away With Murder. The third annual Kering Talk took place at the London College of Fashion this week, and designer Stella McCartney led discussions about how animal skins should be a thing of the past in the fashion industry. The event focused on sustainability in luxury brands, so Stella decided to talk about how unsustainable and unnecessary animal skins are as well as how cruel obtaining them is. Peta.org. Before the Flood review: State-of-the-earth docu is Leonardo DiCaprio's greatest role so far. The Revenant might have won Leonardo DiCaprio his first Academy Award after several nominations for a bunch of great movies through his decade-and-a-half Hollywood film career. But his role as the lead narrator in Before The Flood could be the most pivotal in our understanding of the phenomenon of climate change and correcting the misconceptions perpetuated by vested interests.

Before the Flood, distributed by National Geographic, released to a global audience on 30 October 2016. The Queen has a catch-up with Planet Earth's Sir David Attenborough at Buckingham Palace. The Queen and Sir David Attenborough were spotted sharing a giggle on Tuesday night as they joined forces for a reception at Buckingham Palace. The event was organised to showcase a range of projects set up as part of a new conservation initiative, but the pair no doubt took a minute to catch up on the the BBC wildlife presenter's storming new series of Planet Earth.

The 90-year-old monarch wore an elegant turquoise skirt suit, accessorised with a pearl necklace and matching earrings. She added black gloves, patent shoes and a purse believed to from her trusted luxury handbag maker, Launer. The Queen and Sir David Attenborough a giggle on Tuesday night as they joined forces for a meeting on the Commonwealth Canopy at Buckingham Palace on Tuesday night.

Can nature documentaries promote conservation? Photo: skeeze @Pixabay. Freeze frame on climate change. North Pole above freezing in sign of 'sudden' and 'very serious' climate change. Temperatures near the North Pole have risen above freezing in the latest sign of the “sudden” and “very serious” changes to the Earth’s climate. The US Weather Channel reported that at least five buoys near the pole had recorded temperatures between zero and 1.2C on Tuesday this week.

China to Trump: We didn't invent global warming. China’s Vice Foreign Minister Liu Zhenmin subtly criticized Donald Trump’s stance on climate change, reminding him of a Tweet in which the president-elect claims the Chinese “created” global warming. Xie Zhenhua is a veteran of UN climate talks and in recent years, he has taken a more vertical position.