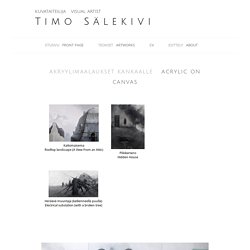 DANIELLE JACQUI ~ Environment ~ Outsider Art Now. Danielle Jacqui was born in 1934 in Nice, to a jeweler father and a militant communist mother. 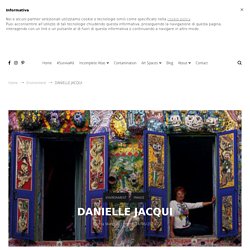 The early 1970s were a founding period for Jacqui. She met Claude Leclercq, her second husband, who became a close companion in her artistic career until his death in 2000. A fellow brocanteur and a man with a rich personal history, Claude shared with Jacqui, a ‘state of complementarity and mutual enrichment’. The period from 1973 onwards marked Jacqui’s participation in the first of what was to become a long line of both group and solo exhibitions. Since then, her work has been shown in France, Japan, Switzerland (including at the Collection of Art Brut, Lausanne) and the United States (‘Love: Error and Eros’ at the Museum of American Visionary Art, 1998).Established in Pont de l’Etoile in her somewhat surprising home, which serves as studio, museum and living space, Jacqui, painter and ceramic artist arouses everyone’s curiosity. Save. Pekka Hiltunen – Juvan kulttuurisivut. Kuvataiteilijamatrikkeli – Suomen Taiteilijaseura. Helsinki Contemporary. Painter Heidi Lampenius’ works exude physicality and presence, playing with the perception of the abstract and figurative. 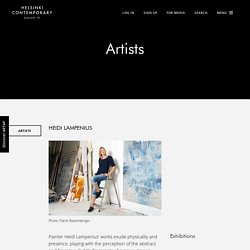 Subtle fragments of memory traces trigger feelings of places – the works function as a sort of archeology of memory. She searches for traces and signs that are not defined, but still strong enough for allowing memories or ideas of a place to appear. Lampenius thus investigates the memory and the image, the visual memory, that continues also after the initial stimulus.

The poetic and powerful works are created with inks and acrylics on ungrounded canvas. Tytti Heikkilä – Painter / Taidemaalari. Emma Ainala - Selected works. The Disturbing Paintings of Werner Büttner, Forgotten Bad Boy of German Art, Are Starting to Look Terrific. The Market Has Noticed. Standing in a small gallery in Cologne, painters Werner Büttner, Albert Oehlen, and Martin Kippenberger broke out into song. 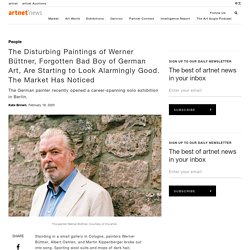 Sporting wool suits and mops of dark hair, they barreled out a German miner’s hymn, taking cheeky pleasure in alienating the room around them while making themselves the center of it. It’s 1983: Cologne is the beating capital of the West German art world, and this trio of artists is bent on basking in its spotlight. Decades later, Büttner still remembers the evening well. Without prompting, he belts out a few lines of the hymn to me, pounding his fist in the air, while we tour his current solo exhibition at Contemporary Fine Arts in Berlin. 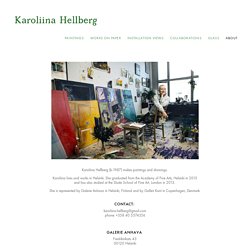 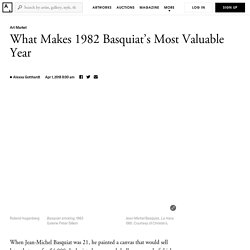 “There are really only a small group of pictures from ’82 that are in that top category,” said Baptist. They’re also not released into the market very often—collectors have been known to hang onto them for decades. The Market for Female Surrealists Has Finally Reached a Tipping Point. Of course, museums have long recognized Kahlo, who has been a global phenomenon for decades, and ’s fur-lined teacup was the among the first artworks by a woman to enter MoMA’s collection. 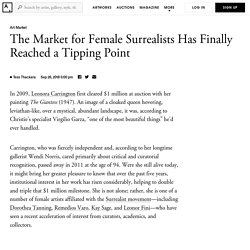 But in recent years, they have paid closer attention to the wider spectrum of women associated with Surrealism, in particular to Carrington and Tanning, in part due to their prolificacy and the twists and turns of their artistic practices. Carrington, a British artist who broke with her traditional, privileged upbringing and spent the majority of her life in Mexico, is believed to have made more than 2,000 works. In 2015, the U.K.’s Tate Liverpool organized a retrospective of her work; another followed this year at Mexico City’s Museum of Modern Art, featuring over 200 works. Tanning has also seen an escalation of interest from private collectors. Her world-record price routinely doubled or tripled in the period between 2009 and 2015, according to auction records and Dawes’s observations.

Yayoi Kusama: the world's favourite artist? In the past five years, more than 5 million museum visitors have queued – and queued some more – for a brief glimpse of the work of Yayoi Kusama. 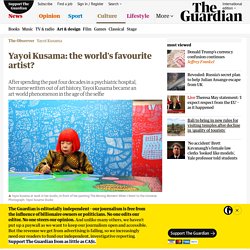 The 89-year-old Japanese artist, who for the past 41 years has lived voluntarily in a psychiatric hospital, has had large-scale solo shows of her work in Mexico City, Rio, Seoul, Taiwan and Chile, as well as major touring exhibitions in the US and Europe. Last year, she opened her own five-storey gallery in Tokyo. The Broad museum in Los Angeles recently sold 90,000 $25 tickets in an afternoon to its Kusama exhibition, causing the LA Times to ask if the artist was now “Hotter than Hamilton?”

As the numbers have gone up, so the time that each visitor can spend in Kusama’s installations – her immersive “infinity mirror rooms” of coloured lights, and painted pumpkins and polka dots that reflect for ever – has gone down. In 2013 the David Zwirner gallery in New York was restricting time slots to 45 seconds for each viewer. The Hidden Secrets Lurking in Dutch Still Life Paintings. Still lifes helpfully reminded viewers of the prosperity of their republic. 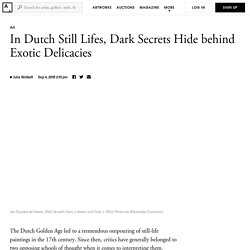 At the height of the Golden Age, painters such as Willem Kalf produced fancy pronk (“display”) paintings depicting items like Chinese porcelain, Venetian glassware, and silver-gilt cups and trays. How Chaim Soutine Influenced Bacon and De Kooning. To stand before Carcass of Beef (1925) is an intense, uncomfortably vivid experience—you can almost smell the meat rotting in the studio. 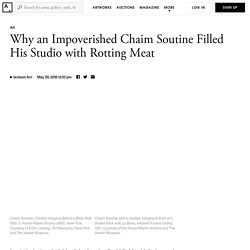 The critic Clement Greenberg once wrote of Soutine’s works, and his meat paintings in particular, that they seemed “more like life itself than like visual art.” Rainbow cities you need to visit. Home - Noealz Photo. Cyberpunk urbanscapes: neon noir photography by Noe Alonzo - toner magazine. Noe Alonzo is a photographer based in South Korea. Alonzo is an urban and landscape photographer; he is famous for his neon noir artworks, inspired by cyberpunk iconography. Toner Magazine asked few questions to him. Printables. The Man Who Keeps Monet’s Famed Gardens Growing. Vahé notes that, when it came to the gardens, Monet was driven by desire and instinct. He’d once decided on the spur of the moment that he wanted chrysanthemums, and wrote a letter to friend and fellow painter to find out where he could get them.

Monet prided himself on the garden, acknowledging it as his own creation, but also as his open-air studio, where he planted himself for hours on end to paint, weather permitting. In the Japanese water garden, which he developed later, he installed a large studio. Though the time Monet spent at Giverny is often associated with the artist’s darker works and periods of personal turmoil, particularly around World War I, the gardens are said to have instilled in the artist a sense of joy, as well as the motivation to create the works that would later be credited with pushing Western painting towards abstraction.

Street Art. Hannah H�ch - Recherche Google. Blog. Ensamble audio/visual. KUTIKUTI. Tabulaland - Original Art for the Sophisticated and the Savage. Jazz Standards Sheet Music. The Jazz RealBook Is Reborn As Software And Comes Alive To Finally Deliver Its Potential! There is absolutely no better way to learn the "jazz language" than by seeing and hearing the music created by famous jazz artists. The EASIEST WAY to do that is by running through jazz charts while listening to the recordings. Now, as you may already know, the Real Book has been an essential part of every aspiring jazz musician's arsenal since the spiral bound, soft cover fake book came out in the 70's It's right up there in importance with your instrument and your albums.

Sure, there have been other jazz fake books - but none match the importance of the original jazz fakebook - The Real Book Volume 1 Fifth edition. "Face it, if you don't own The Real Book, then you really aren't for real when it comes to playing jazz and jazz improvisation. " Unless you have a massive library of jazz albums available to you, then you won't have a clue when it comes to how those songs are supposed to sound or be played. Claude Monet's house in Giverny. Texts and Photos by Ariane Cauderlier, guide interpreter Watercolors by Patricia Rynski d'Argence, guide interpreter Due to the Covid-19 health crisis, Claude Monet's Home and Gardens will reopen only on June 8th.

The reopening will only be for individual visitors (no group) with online ticketing (no ticket sale on site). Please refer to Monet's garden page for even more information Most of the objects and art works exhibited belonged to Claude Monet, and are therefore museum pieces. Please don't touch any piece of furniture nor any object.