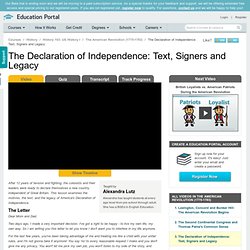 These terms apply to Education Portal and its related websites owned and operated by Remilon, LLC ("Education Portal,", "Site", "Sites", "our", "us"). Education Portal provides the Services, which are defined below, to you subject to the following Terms of Service, which may be updated by us from time to time without notice to you. BY ACCESSING, BROWSING OR USING THE SITE AND THE SERVICES PROVIDED THROUGH OR IN CONNECTION WITH EDUCATION PORTAL, YOU SIGNIFY AND ACKNOWLEDGE THAT YOU HAVE READ THE TERMS OF SERVICE AND AGREE THAT THE TERMS OF SERVICE CONSTITUTES A BINDING LEGAL AGREEMENT BETWEEN YOU AND EDUCATION PORTAL, AND THAT YOU AGREE TO BE BOUND BY AND COMPLY WITH THE TERMS OF SERVICE. Privacy Policy Education Portal respects your privacy and permits you to control the treatment of your personal information. Terms Applicable to All Services a. I. B. VID: Declaration of Independence (John Adams biopic) Pulling down statue of George III in Bowling Green, NY (1859 painting) 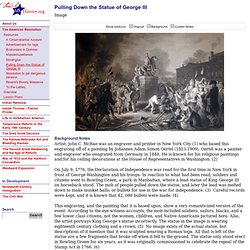 McRae was an engraver and printer in New York City (1) who based this engraving off of a painting by Johannes Adam Simon Oertel (1823-1909). Oertel was a painter and engraver who emigrated from Germany in 1848. VID: George III on America. Freeman Vid 11 - Independence. Freeman 10 - Common Sense. Common Sense, Section 3, (Thoughts on the Present State of American Affairs), Paine. Stephen Sayre "plot"? 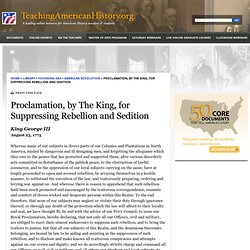 James’s the twenty-third day of August, one thousand seven hundred and seventy-five, in the fifteenth year of our reign. GOD save the KING. Share This. King George III (montage set to music) Freeman Vid 12 - Civil War. Battle of Bunker Hill, June 17, 1775. Siege of Boston. After the April 19, 1775 Battles of Lexington and Concord, Massachusetts, the 1,700 British soldiers returned to their quarters in Boston, then a town of approximately 15,500 people in addition to the British troops. 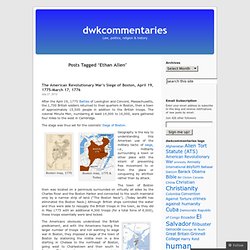 The colonial Minute Men, numbering at least 14,000 to 16,000, were gathered four miles to the west in Cambridge. Boston "Neck" and subsequent landfall. Siege of Boston (map) Battles of Lexington and Concord, April 19, 1775. The Battles of Lexington and Concord were the first military engagements of the American Revolutionary War.[9][10] They were fought on April 19, 1775, in Middlesex County, Province of Massachusetts Bay, within the towns of Lexington, Concord, Lincoln, Menotomy (present-day Arlington), and Cambridge, near Boston. 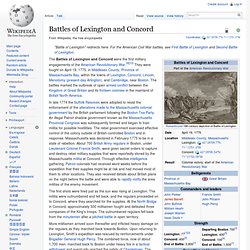 The battles marked the outbreak of open armed conflict between the Kingdom of Great Britain and its thirteen colonies in the mainland of British North America. Ralph Waldo Emerson, in his "Concord Hymn", described the first shot fired by the Patriots at the North Bridge as the "shot heard 'round the world. "[11] Background Government preparations Lieutenant Colonel Francis Smith received orders from Gage on the afternoon of April 18 with instructions that he was not to read them until his troops were underway. 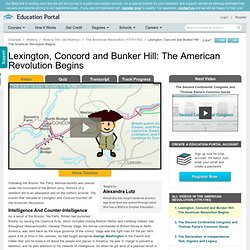 These terms apply to Education Portal and its related websites owned and operated by Remilon, LLC ("Education Portal,", "Site", "Sites", "our", "us"). Education Portal provides the Services, which are defined below, to you subject to the following Terms of Service, which may be updated by us from time to time without notice to you. VID: 2nd Cont Cong & Common Sense. Last revised: March, 2014. 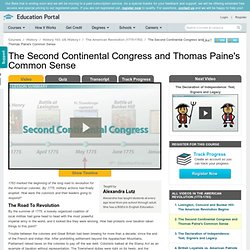 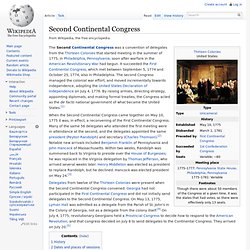 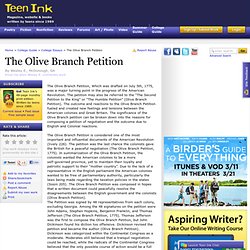 The petition may also be referred to the “The Second Petition to the King” or “The Humble Petition” (Olive Branch Petition). The outcome and reactions to the Olive Branch Petition fueled and created new feelings and tensions between the American colonies and Great Britain. The significance of the Olive Branch petition can be broken down into the reasons for composing a petition of negotiation and the outcome due to English and Colonial reactions. George III's response (given to Parliament, Oct) July 2, 2010 KING GEORGE III’s ADDRESS TO PARLIAMENT 27 OCTOBER, 1775 Comments (0) No comments yet. 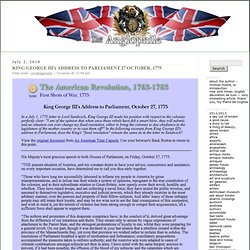 VID: Bost Tea Pty to 1st Cont Cong (1773-74) Last revised: March, 2014. VID: Intolerable Acts. Intolerable Acts (Br cartoon copied by Revere in BNA) Intolerable Acts. This Patriot cartoon depicting the Coercive Acts as the forcing of tea on an American woman (a symbol of the American colonies) was copied and distributed in the Thirteen Colonies.

The acts took away Massachusetts self-government and historic rights, triggering outrage and resistance in the Thirteen Colonies. They were key developments in the outbreak of the American Revolution in 1775. Background[edit] Massachusetts Provincial Congress (Oct 1774 to Oct 1780) The Massachusetts Provincial Congress (1774–1780) was a provisional government created in the Province of Massachusetts Bay early in the American Revolution. Based roughly on the terms of the colonial charter, it exercised de facto control over the rebellious portions of the province, and after the British withdrawal from Boston in March 1776, the entire province. When Massachusetts declared its independence in 1776, the Congress continued to govern under this arrangement for several years.

Increasing calls for constitutional change led to a failed proposal for a constitution produced by the congress in 1778, and then a successful constitutional convention that produced a constitution for the state in 1780. The Provincial Congress came to an end with elections in October 1780. Termination of the provincial assembly[edit] Suffolk Resolves (Sept 9, 1774) First Continental Congress (Sept 5, 1774 to May 10, 1775) Freeman Vid 8 - The Logic of Resistance. Freeman Vid 9 - Who Were the Loyalists? Seeking break from Britain. Seeking reconciliation with Britain. Loyalists. 1774 Covenant. 1774 Solemn League and Covenant Page Guide Introduction.

The United States is a country steeped in myths, stories, and powerful images, especially from the American Revolution. The Tea Act. Hutchinson Letters engraving. Hutchinson Letters Affair. Background[edit] During the 1760s, relations between Great Britain and some of its North American colonies became strained by a series of Parliamentary laws (including the 1765 Stamp Act and the 1767 Townshend Acts), intended to raise revenue for the crown, and to assert Parliament's authority to pass such legislation despite a lack of colonial representation.[1] These laws had sparked strong protests in the Thirteen Colonies; the Province of Massachusetts Bay in particular saw significant unrest and direct action against crown officials.[2] The introduction of British Army troops into Boston in 1768 further raised tensions that escalated to the Boston Massacre in 1770.[3] Publication[edit]