How the Pentagon’s Skynet Would Automate War. Pentagon officials are worried that the US military is losing its edge compared to competitors like China, and are willing to explore almost anything to stay on top—including creating watered-down versions of the Terminator. 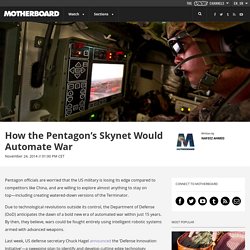 Due to technological revolutions outside its control, the Department of Defense (DoD) anticipates the dawn of a bold new era of automated war within just 15 years. By then, they believe, wars could be fought entirely using intelligent robotic systems armed with advanced weapons. Last week, US defense secretary Chuck Hagel ann​ounced the ‘Defense Innovation Initiative’—a sweeping plan to identify and develop cutting edge technology breakthroughs “over the next three to five years and beyond” to maintain global US "mili​tary-technological superiority. 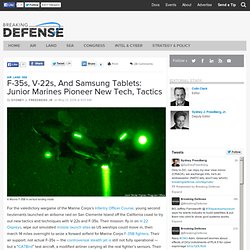 For the valedictory wargame of the Marine Corps’s Infantry Officer Course, young second lieutenants launched an airborne raid on San Clemente Island off the California coast to try out new tactics and techniques with V-22s and F-35s. Why DARPA’s Augmented Reality Software Is Better Than Google Glass. China Said to Plan Capital Market Access for Military. 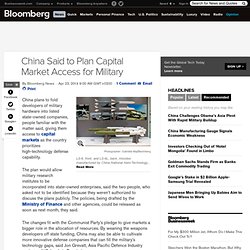 Militaries: An industry in decline. Apropos of nothing in particular that’s in the news (except maybe this), here is a graph of how two measures of military effort have evolved from 1945 to 2007, by region. 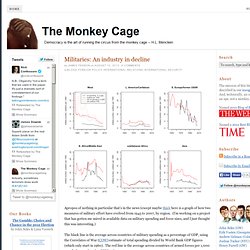 (I’m working on a project that has gotten me mired in available data on military spending and force sizes, and I just thought this was interesting.) The black line is the average across countries of military spending as a percentage of GDP, using the Correlates of War (COW) estimate of total spending divided by World Bank GDP figures (which only start in 1960). The red line is the average across countries of armed forces per 1,000 population, again using COW estimates. You see really striking long-run declines in the West, Eastern Europe and the former Soviet Union, and Asia. In these areas it almost looks as if demobilization from World War II has taken place gradually and over 60+ years. Pentagon preparing for mass civil breakdown. A US Department of Defense (DoD) research programme is funding universities to model the dynamics, risks and tipping points for large-scale civil unrest across the world, under the supervision of various US military agencies. 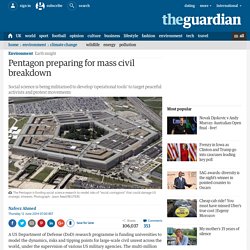 The multi-million dollar programme is designed to develop immediate and long-term "warfighter-relevant insights" for senior officials and decision makers in "the defense policy community," and to inform policy implemented by "combatant commands. " BAE Systems to Use 3D Printing to Beef Up its Military Technology. BAE Systems, a British multinational defense, security and aerospace company, claims 3D printing will be on board military and civil air-crafts by 2040. 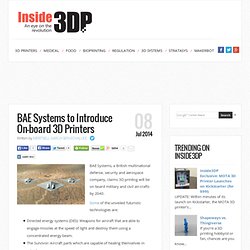 Some of the unveiled futuristic technologies are: Directed energy systems (DES): Weapons for aircraft that are able to engage missiles at the speed of light and destroy them using a concentrated energy beam.The Survivor: Aircraft parts which are capable of healing themselves in minutes.The Transformer: Aircraft that can split into a number of smaller aircrafts when reaching its destination.Unmanned aerial vehicles (UAV): 3D printed drones used for surveillance or to rescue single civilians or soldiers from dangerous situations. BAE Systems suggests “In a disaster scenario, an aircraft reports back to mission control. On-board 3D printers then receive engineering data on the types of supporting UAVs required. 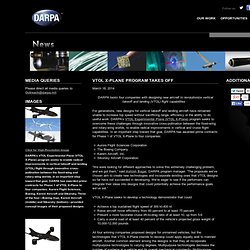 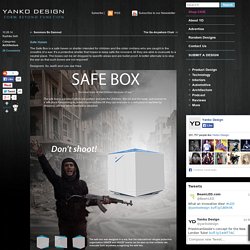 Q Warrior. A revolutionary helmet mounted display system designed to provide soldiers and Special Forces personnel with more real-time visual data than ever before is exceeding expectations in field testing. 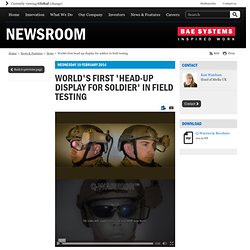 Call of Duty: Advanced Warfare. By Brian Crecente It's a startling moment that helps to shake the viewer out of the malaise of E3 video game over indulgence, endless trailers, constant explosions. 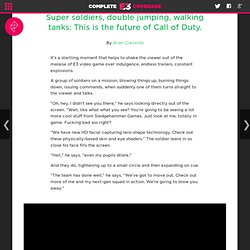 Official Call of Duty®: Advanced Warfare - "Induction" Gameplay Video. Watch nine minutes of Call of Duty: Advanced Warfare here. A live gameplay demo of the Xbox One version of Call of Duty: Advanced Warfare kicked off Microsoft's E3 2014 press briefing, and you can watch it all above. The mission takes place in Seoul, South Korea, on July 10, 2054. U.S. Thema anzeigen - Infanteristen der Zukunft (D/GB/USA) Les chasseurs alpins testent le FELIN (21. Februar 2011) Even the best sniper just got better: US defence agency successfully trials world's first self-guiding bullet - Gadgets and Tech - Life and Style. The Defence Advanced Research Projects Agency (DARPA), an arm of the Department of Defence, is developing a smart .50-calibre bullet which can not only compensate for weather fluctuations, but can also hit a moving target, rather like a guided missile.

The agency, which researches new technologies for use by the US military, announced its fruitful trials with a YouTube video demonstrating the in-flight guidance of the bullets. The bullets have fins and on-board computers to direct them towards laser-marked targets as far away as 1.2 miles. The work is being carried out by a subsidiary of Maryland-based private defence firm Lockheed Martin and Teledyne Scientific & Imaging. In 2010 Teledyn received $25.5million in funding from the US government. “The EXACTO program is developing new approaches and advanced capabilities to improve the range and accuracy of sniper systems beyond the current state of the art.” Official Call of Duty®: Advanced Warfare - Behind the Scenes "Story" Video. Official Call of Duty®: Advanced Warfare - "Collapse" Gameplay Video.

Wargame to examine the fall of a 'megacity' It’s 2035, and a city of more than 10 million people is in a state of CRISIS plagued by insurgency, internal corruption and struck by a natural disaster in the form of a major flood. The challenges, opportunities and potential approaches for the U.S. Army to conduct operations in such a complex environment will be the focus of the Deep Futures Wargame, being conducted Aug. 17-22, at Carlisle Barracks, Pennsylvania.

The wargame is the culminating event in Unified Quest 2014, the Army chief of staff’s future study plan, which examines a variety of feasible mid- to long-range strategic and operational settings and explores a broad set of ideas about future conflict. Unified Quest is a series of rigorous intellectual planning seminars, symposia and forums with representatives from the Department of Defense, government agencies, academia and subject matter experts who examine how the future Army must adapt, evolve and innovate in the face of a rapidly changing and complex world. War games – developers find new ways to explore military conflict. You burst into the apartment and the occupants, an older couple, turn towards you, terrified. "Are you going to kill us? " the man quickly asks. You pause at the door, surveying the room for useful items. "Are you going to kill us? " This was once a lovely home. This War of Mine is a startling strategy game from Warsaw developer 11 Bit Studios.