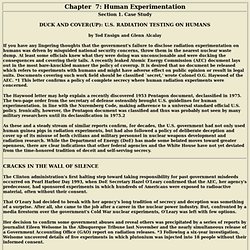 Case Study by Tod Ensign and Glenn Alcalay If you have any lingering thoughts that the government's failure to disclose radiation experimentation on humans was driven by misguided national security concerns, throw them in the nearest nuclear waste dump. At least some officials knew what they were doing was unconscionable and were ducking the consequences and covering their tails.

A recently leaked Atomic Energy Commission (AEC) document lays out in the most bare-knuckled manner the policy of coverup. The Haywood letter may help explain a recently discovered 1953 Pentagon document, declassified in 1975. As these and a steady stream of similar reports confirm, for decades, the U.S. government had not only used human guinea pigs in radiation experiments, but had also followed a policy of deliberate deception and cover up of its misuse of both civilians and military personnel in nuclear weapons development and radiation research. 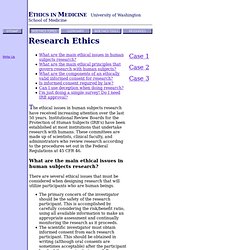 Institutional Review Boards for the Protection of Human Subjects (IRB's) have been established at most institutions that undertake research with humans. These committees are made up of scientists, clinical faculty, and administrators who review research according to the procedures set out in the Federal Regulations at 45 CFR 46. What are the main ethical issues in human subjects research? What is Ethics in Research & Why is it Important? December 1, 2015. 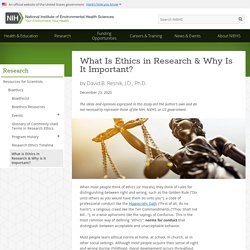 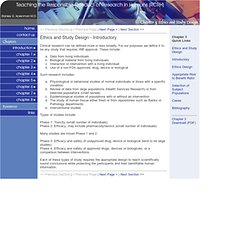 For our purposes we define it to be any study that requires IRB approval. These include: Data from living individuals Biological material from living individuals Interaction or intervention with a living individual Use of a non-FDA approved, drug, device or biological Such research includes: Physiological or behavioral studies of normal individuals or those with a specific condition. Institutional Review Boards Frequently Asked Questions - Information Sheet. Information Sheet - Guidance for Institutional Review Boards and Clinical Investigators << Return to Clinical Trials Guidance Documents The following is a compilation of answers to questions asked of FDA regarding the protection of human subjects of research. 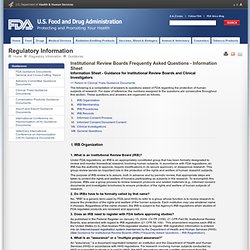 For ease of reference, the numbers assigned to the questions are consecutive throughout this section. These questions and answers are organized as follows. Office of Research Integrity. Guide to Ethics & Morality - Eth_Guide to Secular Ethics.pdf. The Guatemala syphilis experiment, human subjects research abuses, and CAM. If there’s one thing that burns me about so-called “complementary and alternative medicine” (CAM) clinical trials, it’s how unethical many of them are. 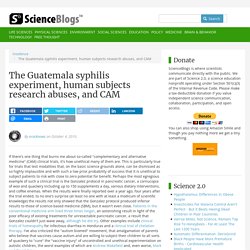 This is particularly true for trials that test modalities that, on the basic science grounds alone, can be dismissed as so highly implausible and with such a low prior probability of success that it is unethical to subject patients to risk with close to zero potential for benefit. Antivaccination warriors vs. research ethics. It’s been a very interesting week for those of us who try to keep an eye on antivaccination warriors who scare mothers with claims based on either no science or bad science of dire consequences that will come from vaccinating their children. 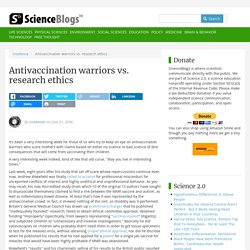 A very interesting week indeed, kind of like that old curse, “May you live in interesting times.” The martyrdom of St. Andy. Project MKULTRA. Project MKULTRA, or MK-ULTRA, was the code name for a covert, illegal CIA human research program, run by the Office of Scientific Intelligence. 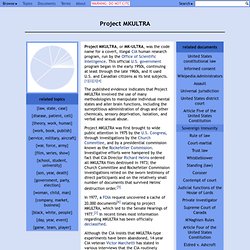 This official U.S. government program began in the early 1950s, continuing at least through the late 1960s, and it used U.S. and Canadian citizens as its test subjects.[1][2][3][4] The published evidence indicates that Project MKULTRA involved the use of many methodologies to manipulate individual mental states and alter brain functions, including the surreptitious administration of drugs and other chemicals, sensory deprivation, isolation, and verbal and sexual abuse. Project MKULTRA was first brought to wide public attention in 1975 by the U.S. Congress, through investigations by the Church Committee, and by a presidential commission known as the Rockefeller Commission. On the Senate floor in 1977, Senator Ted Kennedy said: Full article ▸ NCHHSTP - Tuskegee Study - Timeline. 1895 Booker T. 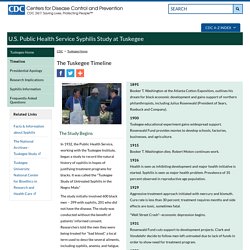 Washington at the Atlanta Cotton Exposition, outlines his dream for black economic development and gains support of northern philanthropists, including Julius Rosenwald (President of Sears, Roebuck and Company). 1900 Tuskegee educational experiment gains widespread support. Rosenwald Fund provides monies to develop schools, factories, businesses, and agriculture. About the USPHS Syphilis STudy. Where the Study Took Place The study took place in Macon County, Alabama, the county seat of Tuskegee referred to as the "Black Belt" because of its rich soil and vast number of black sharecroppers who were the economic backbone of the region. 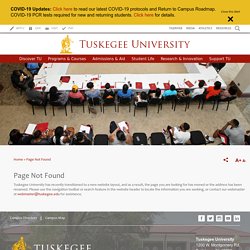 The research itself took place on the campus of Tuskegee Institute. What it Was Designed to Find Out The intent of the study was to record the natural history of syphilis in Blacks. Project MKULTRA. Dark Matters DCL Wednesday, August 3, 1977 U.S. Senate Select Committee on Intelligence, and Subcommittee on Health & Scientific Research of the Committee on Human Resources Following is an excerpt of an opening statement from Sen.

Edward Kennedy (D-Mass.). Senator KENNEDY. Some 2 years ago, the Senate Health Subcommittee heard chilling testimony about the human experimentation activities of the Central Intelligence Agency. At least one death, that of Dr.