Alzheimer's News Today Home - Alzheimer's News Today. Charlotte Figi, the Colorado girl who inspired the CBD movement, dies following illness suspected to be coronavirus – The Colorado Sun. Charlotte Figi, the Colorado Springs girl who, as a gleeful and fragile child, launched a movement that led to sweeping changes in marijuana laws across the globe, has died from complications possibly related to the new coronavirus. 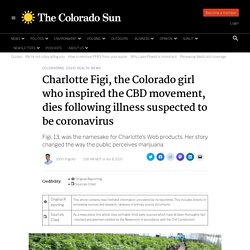 She was 13. Charlotte’s death was announced by a family friend Tuesday night on the Facebook page of her mother, Paige Figi. “Charlotte is no longer suffering. Intermittent Theta Burst Stimulation of the Prefrontal Cortex in Cocaine Use Disorder: A Pilot Study. Introduction According to the World Drug Report 2017, 17 million people were past-year cocaine users in 2015 and cocaine seizures were reported in 153 countries during the period 2010–2015 (United Nations Office on Drugs and Crime [UNODC], 2017), suggesting that trafficking in cocaine is a global phenomenon. 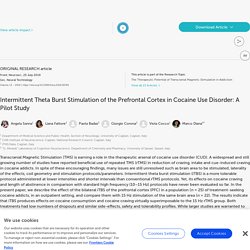 Noteworthy, after cannabis, cocaine accounts for the largest quantities seized. After a long-term decline, coca bush cultivation increased over the period 2013–2015 and current data on drug production, trafficking and consumption confirm an extension of the market for cocaine (United Nations Office on Drugs and Crime [UNODC], 2017). In recent years, a wealth of clinical and animal studies has advanced our understanding of the brain mechanisms sustaining cocaine use and promoting dependence (Hanlon and Canterberry, 2012; Castilla-Ortega et al., 2017; Dobbs et al., 2017).

Drug craving has been acknowledged as a relevant construct in the pathophysiology of addiction. Subjects Figure 1. Stanford Accelerated Intelligent Neuromodulation Therapy for Treatment-Resistant Depression. Researchers devise treatment that relieved depression in 90% of participants in small study. “There was a constant chattering in my brain: It was my own voice talking about depression, agony, hopelessness,” she said. 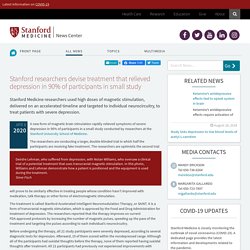 “I told my husband, ‘I’m going down and I’m heading toward suicide.’ There seemed to be no other option.” Lehman’s psychiatrist had heard of the SAINT study and referred her to Stanford. After researchers pinpointed the spot in her brain that would benefit from stimulation, Lehman underwent the therapy. “By the third round, the chatter started to ease,” she said. “That was the most peace there’s been in my brain since I was 16 and started down the path to bipolar disorder.” In transcranial magnetic stimulation, electric currents from a magnetic coil placed on the scalp excite a region of the brain implicated in depression.

Stanford researchers hypothesized that some modifications to transcranial magnetic stimulation could improve its effectiveness. Other studies suggested that accelerating the treatment would help relieve patients’ depression more rapidly. A single high dose of psilocybin alters brain function up to one month later. New research provides evidence that the active ingredient in so-called magic mushrooms can affect brain processes related to emotional functioning long after the substance has left one’s body. 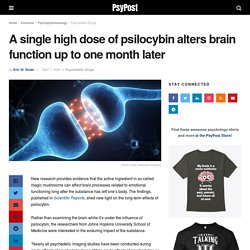 The findings, published in Scientific Reports, shed new light on the long-term effects of psilocybin. Rather than examining the brain while it’s under the influence of psilocybin, the researchers from Johns Hopkins University School of Medicine were interested in the enduring impact of the substance. “Nearly all psychedelic imaging studies have been conducted during acute effects of psychedelic drugs. MIT discovers the location of memories: Individual neurons. Update 12/2/15: We’ve now followed up on this story: The more we learn about memory, the weirder it gets. 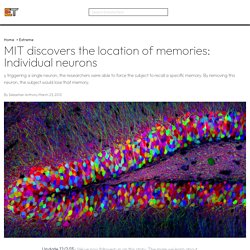 The original continues below. MIT researchers have shown, for the first time ever, that memories are stored in specific brain cells. By triggering a small cluster of neurons, the researchers were able to force the subject to recall a specific memory. By removing these neurons, the subject would lose that memory. As you can imagine, the trick here is activating individual neurons, which are incredibly small and not really the kind of thing you can attach electrodes to. Now, just to temper your excitement, we should note that MIT’s subjects in this case are mice — but it’s very, very likely that the human brain functions in the same way. In Sea Rescues, The Eagle Eyes Are Pigeons. 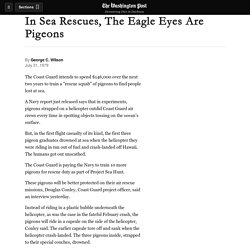