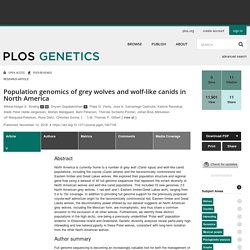 PLoS Genet 14(11): e1007745. Editor: Takashi Gojobori, National Institute of Genetics, JAPAN Received: May 30, 2018; Accepted: October 6, 2018; Published: November 12, 2018 Copyright: © 2018 Sinding et al. This is an open access article distributed under the terms of the Creative Commons Attribution License, which permits unrestricted use, distribution, and reproduction in any medium, provided the original author and source are credited.

Data Availability: Raw reads are available at NCBI under the following accession numbers SAMN10246085-SAMN10246099. Competing interests: The authors have declared that no competing interests exist. Introduction. A new DNA study reveals a previously unidentified North American ‘polar wolf’ - ArcticToday. Biologists have long been aware that northeastern Canada and Greenland had been home to two distinct types of Arctic wolf. 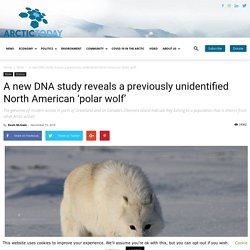 The legendary dire wolf may not have been a wolf at all. One of North America’s most famous ancient predators—and a favorite of Game of Thrones fans—emerged as mysteriously as it disappeared. 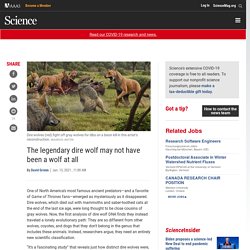 Dire wolves, which died out with mammoths and saber-toothed cats at the end of the last ice age, were long thought to be close cousins of gray wolves. Now, the first analysis of dire wolf DNA finds they instead traveled a lonely evolutionary path: They are so different from other wolves, coyotes, and dogs that they don’t belong in the genus that includes these animals. Instead, researchers argue, they need an entirely new scientific classification.

“It’s a fascinating study” that reveals just how distinct dire wolves were, says Robert Dundas, a vertebrate paleontologist and expert on the animals at California State University, Fresno, who was not involved with the work. Archaeologists know dire wolves lived in North America from about 250,000 to 13,000 years ago. Are Dogs Really More Intelligent Than Cats? The ‘Ghost’ Genes of a Nearly Extinct Wolf Live On. The results were even stranger than half-dog. 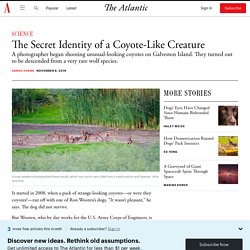 The animals were hybrids all right, but they were part coyote and part red wolf—one of the most endangered and protected species in the world. “Our mouths dropped,” says Kristin Brzeski, a biologist at Michigan Tech who studies the species and collaborated with vonHoldt on the DNA study. Officially, there are as few as 14 red wolves in the wild, all of which live on a refuge in North Carolina. Unofficially, it seems, their “ghost” genes live on in coyote-like hybrids that enjoy no formal protection. Brzeski and vonHoldt published their study about the Galveston animals last year. Read: A surprising idea about the risks of extinction In August, Brzeski finally got to see the animals herself. The first canids they tracked down were sitting on a field at the airport. Woolly Wolf Seen in Nepal Raises Questions About Its Family Tree. This story has been updated with more details about the genetics of the Himalayan wolf. 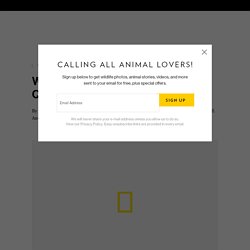 Pausing at a clearing, a sudden streak of black against the carpet of white snow moved in the corner of Madhu Chetri's eye. It was 2004, and Chetri, now a Ph.D. student at Norway's Hedmark University College, was trekking through the roof of the world: Nepal's Annapurna Conservation Area. Looking up, he caught the gaze of a wolf, who regarded him with curiosity. “I was struck by these golden yellow eyes. They were so bright. The area had plenty of feral dogs, but Chetri knew right away that this big, woolly creature was no dog. Woolly Wolf Seen in Nepal Raises Questions About Its Family Tree. New Species Of Wolf Discovered In Africa. They’re hard to tell apart unless you look at their genes, but the golden jackals of Africa and those of Eurasia are two completely different species. 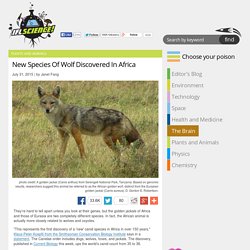 The Mystery of North America's Black Wolves. Despite their common name, gray wolves are not always just gray. 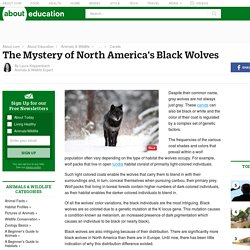 These canids can also be black or white and the color of their coat is regulated by a complex set of genetic factors. The frequencies of the various coat shades and colors that prevail within a wolf population often vary depending on the type of habitat the wolves occupy. Ancient Wolf DNA Could Solve Dog Origin Mystery.

Humans and dogs were constant companions well before our ancestors settled in villages and started growing crops 10,000 years ago, a new study suggests. 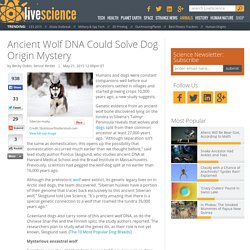 Genetic evidence from an ancient wolf bone discovered lying on the tundra in Siberia's Taimyr Peninsula reveals that wolves and dogs split from their common ancestor at least 27,000 years ago. "Although separation isn't the same as domestication, this opens up the possibility that domestication occurred much earlier than we thought before," said lead study author Pontus Skoglund, who studies ancient DNA at Harvard Medical School and the Broad Institute in Massachusetts. Dogs skulls show astounding variety in shape.

In a mere century and a half of selective breeding, humans have managed to create a range of creatures within a single species that are more diverse than the members of an entire biological order. 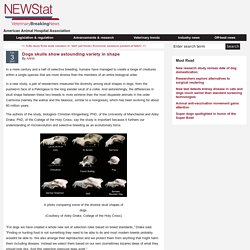 In a new study, a pair of researchers measured the diversity among skull shapes in dogs, from the pushed-in face of a Pekingese to the long slender skull of a collie. And astonishingly, the differences in skull shape between these two breeds is more extreme than the most disparate animals in the order Carnivora (namely the walrus and the falanouc, similar to a mongoose), which has been evolving for about 60 million years. Wolf In Dog's Clothing? Black Wolves May Be First 'Genetically Modified' Predators. 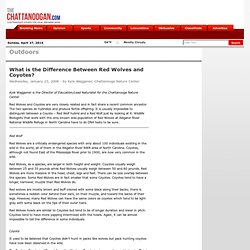 The two species do hybridize and produce fertile offspring. Molecular and Evolutionary History of Melanism in North American Gray Wolves. Wolf in dog's clothing? Stanford study reveals twist in fur color evolution. STANFORD, Calif. - Slipping through trees or across snow, the wolf has glided into legend on paws of white, gray or - in North America - even black. This last group owes an unexpected debt to the cousins of the domestic dog, say Stanford researchers. In an unconventional evolutionary twist, dogs that bred with wolves thousands of years ago ceded a genetic mutation encoding dark coat color to their former ancestors. As a result, the Gray Wolf, or Canis lupus, is no longer just gray. Wolf In Dog's Clothing? Black Wolves May Be First 'Genetically Modified' Predators.

Slipping through trees or across snow, the wolf has glided into legend on paws of white, gray or — in North America — even black. This last group owes an unexpected debt to the cousins of the domestic dog, say Stanford researchers. In an unconventional evolutionary twist, dogs that bred with wolves thousands of years ago ceded a genetic mutation encoding dark coat color to their former ancestors. Coyote-Wolf Hybrids Have Spread Across U.S. East. Hybrid offspring of coyotes and wolves have spread south along the eastern seaboard, a new DNA study confirms. Scientists already knew that some coyotes, which have been gradually expanding their range eastward, mated with wolves in the Great Lakes (map) region. The pairings created viable hybrid offspring—identified by their DNA and skulls—that have been found in mid-Atlantic states such as New York and Pennsylvania.

Studies on hybridization have proved critical for understanding key evolutionary processes such as speciation and adaptation. Molecular and evolutionary history of melanism in No... [Science. 2009. Gray Wolf Evolution. Genetics Show Eastern Wolves Are Coyote Hybrids. A new genetic study finds that wolves in the eastern United States and Canada are actually hybrids of gray wolves and coyotes, while the area’s coyotes are wolf-coyote-dog hybrids, according to a recent Associated Press (AP) report. The research advances a long-standing debate over the origins of two endangered species — the red wolf, Canis rufus, in North Carolina and the eastern Canadian wolf, Canis lycaon, in Ontario.

Abstract The dramatic expansion of the geographical range of coyotes over the last 90 years is partly explained by changes to the landscape and local extinctions of wolves, but hybridization may also have facilitated their movement. Footnotes. Genetic Study Points to Recent Wolf-Dog Hybridization in Caucasus. According to a team of genetic scientists from the Ilia State University’s Institute of Ecology in Tbilisi, Georgia, hybridization of wolves (Canis lupus) with shepherd dogs (Canis lupus familiaris) in the Caucasus Mountains might be more recent than previously thought.