Deadly 60°C days will come to the Persian Gulf. Late in this century, some regions along the coast of the Persian Gulf may experience heat waves that are literally intolerable, climate simulations suggest. 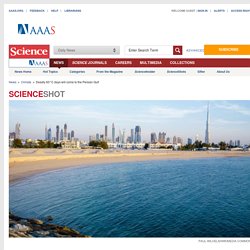 If increases in emissions of carbon dioxide continue unabated, concentrations of the planet-warming gas will reach about 940 parts per million (ppm) at the end of the century, researchers estimate. (For comparison, before the Industrial Revolution began in the late 1700s, natural concentrations of CO2 were about 280 ppm.) Under such conditions, high temperatures in Kuwait City will top 60°C (140°F) during the summer months in some years between 2071 and 2100, the researchers report online today in Nature Climate Change. Sea level rise will swallow Miami, New Orleans, study finds. Say goodbye to Miami and New Orleans. 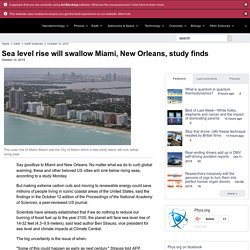 No matter what we do to curb global warming, these and other beloved US cities will sink below rising seas, according to a study Monday. But making extreme carbon cuts and moving to renewable energy could save millions of people living in iconic coastal areas of the United States, said the findings in the October 12 edition of the Proceedings of the National Academy of Sciences, a peer-reviewed US journal. Scientists have already established that if we do nothing to reduce our burning of fossil fuel up to the year 2100, the planet will face sea level rise of 14-32 feet (4.3–9.9 meters), said lead author Ben Strauss, vice president for sea level and climate impacts at Climate Central. 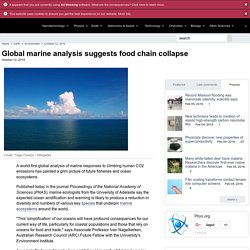 Published today in the journal Proceedings of the National Academy of Sciences (PNAS), marine ecologists from the University of Adelaide say the expected ocean acidification and warming is likely to produce a reduction in diversity and numbers of various key species that underpin marine ecosystems around the world. "This 'simplification' of our oceans will have profound consequences for our current way of life, particularly for coastal populations and those that rely on oceans for food and trade," says Associate Professor Ivan Nagelkerken, Australian Research Council (ARC) Future Fellow with the University's Environment Institute.

"We know relatively little about how climate change will affect the marine environment," says Professor Connell. Explore further: Ocean acidification leaving fish in the dark. Humans Continue To Evolve, Despite Lower Mortality and Fertility Rates. Modern medical advances and access to contraception have lowered both fertility and infant mortality rates, but according to a study published in Evolution this week, natural selection will continue to shape human populations. 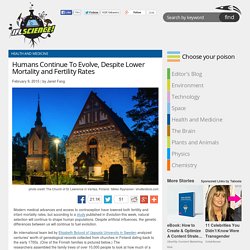 Despite artificial influences, the genetic differences between us will continue to fuel evolution. Jet lag can cause obesity by disrupting the daily rhythms of gut microbes. Organisms ranging from bacteria to humans have circadian clocks to help them synchronize their biological activities to the time of day. 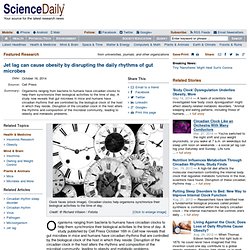 A study published by Cell Press October 16th in Cell now reveals that gut microbes in mice and humans have circadian rhythms that are controlled by the biological clock of the host in which they reside. Disruption of the circadian clock in the host alters the rhythms and composition of the microbial community, leading to obesity and metabolic problems. "These findings provide an explanation for a long-standing and mysterious observation, namely that people with chronically disturbed day-night cycles due to repetitive jet lag or shift work have a tendency to develop obesity and other metabolic complications," says senior study author Eran Elinav of the Weizmann Institute of Science.

"These surprising findings may enable us to devise preventive treatments for these people to lower their risk for these complications. " The last places on Earth with no invasive species. Pockets of land and water that are free from ‘alien’ species are few and far between, finds Rachel Nuwer. 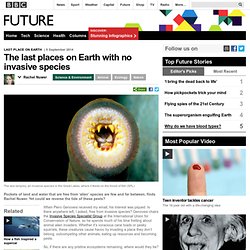 Yet could we reverse the tide of these pests? When Piero Genovesi received my email, his interest was piqued. Is there anywhere left, I asked, free from invasive species? Genovesi chairs the Invasive Species Specialist Group at the International Union for Conservation of Nature, so he spends much of his time fretting about animal alien invaders. Whether it’s voracious cane toads or pesky squirrels, these creatures cause havoc by invading a place they don’t belong, outcompeting other animals, eating up resources and becoming pests. So, if there are any pristine ecosystems remaining, where would they be? The reason it’s a tricky question is because invaded lands vastly outnumber the places still untouched. 5 Scary Effects Of Climate Change That Could Happen In Your Lifetime. HowStuffWorks "Are Zoos Good or Bad: Lots More Information" 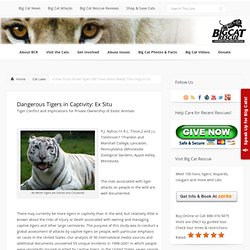 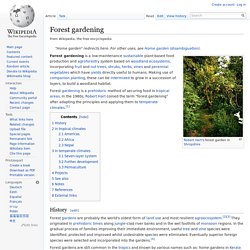 Powerlines disturb animal habitats by appearing as disturbing flashes of UV light invisible to the human eye - Environment. A study of wild reindeer in Norway has shown that they can see overhead power lines in the dark because their eyes are sensitive to the flashes of ultraviolet light which are invisible to the human eye but are constantly being emitted by high-voltage electrical transmission, the researchers said. 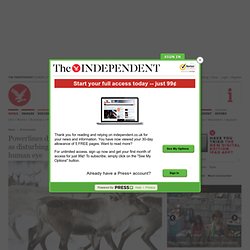