Woeking for tips in new orleans

Benjamin M. Palmer. Benjamin Morgan Palmer (January 25, 1818 – May 25, 1902), an orator and Presbyterian theologian, was the first moderator of the Presbyterian Church in the Confederate States of America. 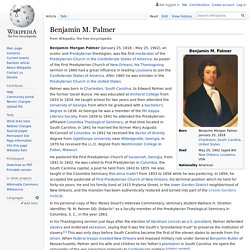 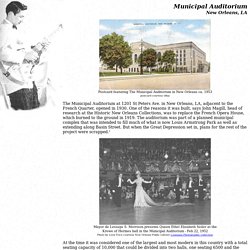 One of the reasons it was built, says John Magill, head of research at the Historic New Orleans Collections, was to replace the French Opera House, which burned to the ground in 1919. The auditorium was part of a planned municipal complex that was intended to fill much of what is now Louis Armstrong Park as well as extending along Basin Street. The Responsibility of Déclassé Intellectuals. Hasta Siempre, Comandante. "Hasta Siempre, Comandante", or simply "Hasta Siempre", is a 1965 song by Cuban composer Carlos Puebla. 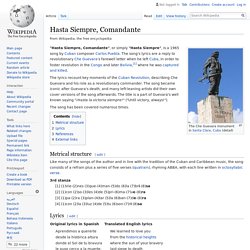 The song's lyrics are a reply to revolutionary Che Guevara's farewell letter when he left Cuba, in order to foster revolution in the Congo and later Bolivia,[1] where he was captured and killed. The lyrics recount key moments of the Cuban Revolution, describing Che Guevara and his role as a revolutionary commander. The song became iconic after Guevara's death, and many left-leaning artists did their own cover versions of the song afterwards. The title is a part of Guevara's well known saying "¡Hasta la victoria siempre!

" ("Until victory, always! "). The song has been covered numerous times. Metrical structure[edit] The Ballad of Finis Shelnutt *LINK* "The man is a walking glitz machine, from the diamonds on his Rolex to his gold-framed glasses to the silver cross dangling on his chest under his half-open shirt. 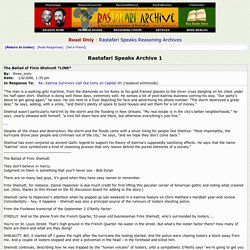 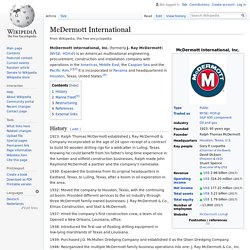 (formerly J. Ray McDermott) (NYSE: MDR) is an American multinational engineering, procurement, construction and installation company with operations in the Americas, Middle East, the Caspian Sea and the Pacific Rim.[2][3] It is incorporated in Panama and headquartered in Houston, Texas, United States.[4] History[edit] 1923: Ralph Thomas McDermott established J. Harlan County War. The Harlan County War, or Bloody Harlan, was a series of coal mining-related skirmishes, executions, bombings, and strikes (both attempted and realized) that took place in Harlan County, Kentucky during the 1930s. 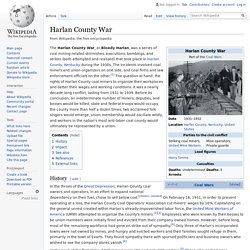 The incidents involved coal miners and union organizers on one side, and coal firms and law enforcement officials on the other.[1] The question at hand: the rights of Harlan County coal miners to organize their workplaces and better their wages and working conditions. It was a nearly decade-long conflict, lasting from 1931 to 1939. Before its conclusion, an indeterminate number of miners, deputies, and bosses would be killed, state and federal troops would occupy the county more than half a dozen times, two acclaimed folk singers would emerge, union membership would oscillate wildly, and workers in the nation's most anti-labor coal county would ultimately be represented by a union. History[edit] "Sheriff J.H. Impact[edit] See also[edit] References[edit] External links[edit]

Subaltern (postcolonialism) An overview of at-will employment (all state - Guides. Songs of the Workers (15th edition) - Wikisource, the free online library. From Wikisource. 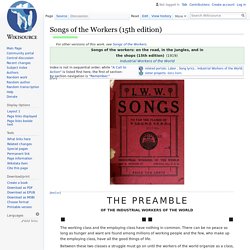 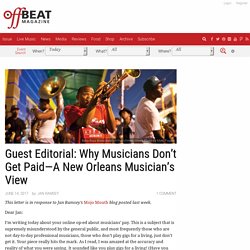 Photo by Marc Pagani. This letter is in response to Jan Ramsey’s Mojo Mouth blog posted last week. Dear Jan: I’m writing today about your online op-ed about musicians’ pay. Why Are Frenchmen Street Musicians Undervalued? - OffBeat Magazine. On June 6, NOLA.com writer Chelsea Brasted published a piece that interviewed musicians and others about how musicians are (or should be) paid when they play on Frenchmen Street. 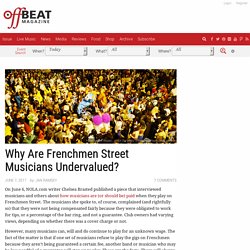 The musicians she spoke to, of course, complained (and rightfully so) that they were not being compensated fairly because they were obligated to work for tips, or a percentage of the bar ring, and not a guarantee. Club owners had varying views, depending on whether there was a cover charge or not. However, many musicians can, will and do continue to play for an unknown wage.

The fact of the matter is that if one set of musicians refuse to play the gigs on Frenchmen because they aren’t being guaranteed a certain fee, another band or musician who may be less needful of a guarantee will step up to play. These are the facts. Does New Orleans Need a Night Mayor? - OffBeat Magazine. Cultural Economy - City of New Orleans.