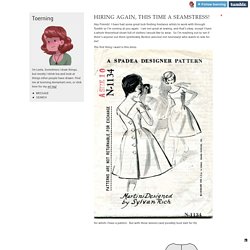 Hey, guys! The time has come: I need to choose proper names for the gang. As much as I love calling them their swashbuckling French names, I think it’ll compromise the very-much-not-fantasy tone I’m going for. When possible, I’m trying to keep the spirit or the sound of the French name. At least the first letter, mostly. Athos is a British lady, I’d like something fairly aristocratic. Aramis is Chinese and also a very devout Christian from part of the massive Missionary movement in the mid-1800s and so I’m torn on whether or not she would have adopted a Western name? 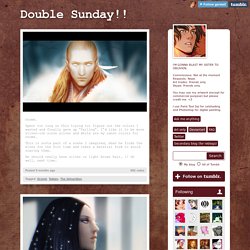 Spent too long on this trying toi figure out the colors I wanted and finally gave up “failing”. I’d like it to be more silver-ish since silver and white are my canon colors for Oromë. This is sorta part of a scene I imagined, when he finds the elves for the firt time and takes a material form to avoid scaring them. He should really have silver or light brown hair… :/ Oh well, next time. Varda. Not super satisfied with the result, might touch it up sometime. Been trying out Valar designs on and off, here’s one of Manwë I liked. Hi Gerwell, do you have any advice on how to create light sources for things with unusual lighting effects. 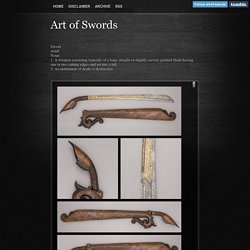 Multiple sources, including the Chronicles of Olivier de la Marche, tell us about the feasts organized, for example, by the dukes of Burgundy, where a servants operated around the clock to satisfy the guests. The knife racks, wide bladed and not pointy, were used by the “sharp-riders” in charge of serving meat at the table. This particular knife is dated second half of the 16th century.

Source: Copyright © 2015 Musée de l'Armée (Dist. Gabby doodles. What's In Your Bag. All The Small Things. Lensblr - Photographers on Tumblr. Peachy. Elkcuh.tumblr. BUTT THEN. Problem Glyphs. Less Whining, More Art. Someone want to explain to me why literally every consumable has been removed from GW2 … ? 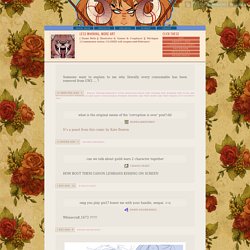 It’s a panel from this comic by Kate Beaton I get really mad when people post WIP pics from their cintiqs but its only because im really jealous that i dont have a cintiq Before I forget, if anyone is interested in following my WoW/vidya-only (and sometimes memes) blog you should follow my character blog, Frostthorn, since I like to keep everything here strictly art-related I love my 3DSXL too much to want to think about getting a new upgrade in the not-to-distant future, but I am a fan of the game yea! I haven’t played it since I was a teeny bopper though.

Heyya! I am always open for collaborative work with other artists. In the past I’ve done stuff like (after we discuss the details of the piece), one artist sketches something, another lines it, I’ll color it, etc etc etc. The best kinds of projects are ones that we can both take away new knowledge from :) 青息吐息. Drawstuff. Still it stands. its roots must hold the sky. 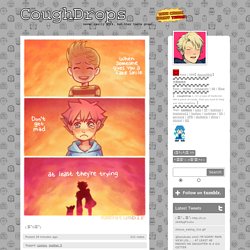 As always thanks for the support messages and comments! Read More The sketch book must be protected at all costs. I have misheard these lyrics this entire time. SCARECROWS & SKELETONS. The Lady Interior Blog. Dork Artist. It's Mizy. MIZY. Eyecager. Cute and Creepy - The Lip Tutorial~~~ The final part is on my... Judgmental Shrek. °˖ ✧ ∠( ᐛ 」∠)＿ ✧ ˖ ° Petalpops' art tag. Before, After, & In Between. Funny story. 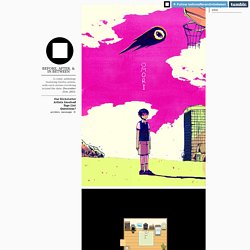 So when we were hauling over the books from our car, we only had one dolly to move 33 or so boxes. It could only fit about three or four boxes at most per trip and it was just taking too long. So I improvised. I found an abandoned baby stroller in the parking lot, stacked as many I could and toted around our brain baby as carefully as I could. Aranda Dill. Joe Draws Stuff. Lascaux (aka lasocks) art tag. Yummytomatoes' tavros nitram tag. Diamagnet's art blog. Cake by association. Tuesday, January 20, 2015 remember that colorblock bikini that was all over the place last year… 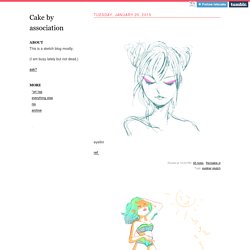 Peppa pea. Fuck Yeah Art Tips! Thursday, November 20, 2014Saturday, October 18, 2014Wednesday, July 30, 2014 Concise overview on how light behaves on different forms Thursday, May 29, 2014 Tuesday, May 20, 2014 eyecager: Shape is one of those words that sound really weird when you say it over and over again.Welcome to your new curse. 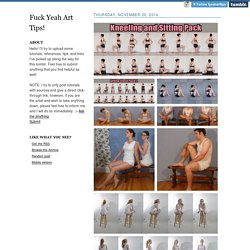 Art and Reference point. Anatomical Reference for the Artist.