Obama is creating a 1,500-mile “butterfly corridor” to help Monarchs get from Mexico to Minnesota. US president Barack Obama, a friend to bees and other pollinating insects in peril, has unveiled his national strategy (pdf) to mitigate honey bee loss, increase the Monarch butterfly population, and restore the habitats of both insects, whose health is essential to our food supply. 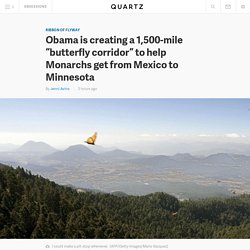 The program will depend heavily on federal agencies and will also involve Mexico and Canada, since bees and butterflies know nothing of state laws and don’t really care about borders. The strategic report includes a section on “expanding pollinator habitat on rights-of-way.” Art, Photography, Tattoo, Design, Film. Laurent Baheux - Black and white Africa - CFYE Magazine. The French Laurent Baheux (1970) is one of the most exciting wildlife photographers the world has to offer. 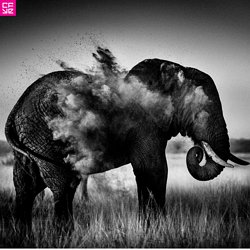 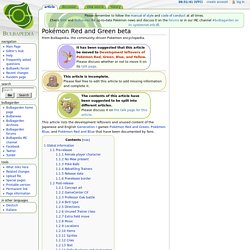 Global information Pre-release Pre-release flyer with the earlier release date Female player character No Mew present. HTML Symbol Codes and Entities — HTML Arrows. Dab Artists - The California Sunday Magazine. We were somewhere around Barstow, on the edge of the desert in a driving rain, when my passenger, James “Skywalker” Johnson, began to fidget with the well-traveled, antiballistic, Pelican-brand polypropylene case resting on the floor mat between his feet. 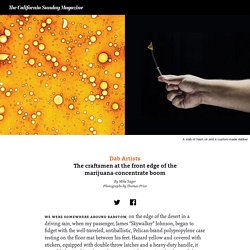 Hazard yellow and covered with stickers, equipped with double-throw latches and a heavy-duty handle, it resembled something the modern army might carry into battle, a safe box for a delicate gun sight or high-end piece of electronics. Skywalker is a chunky man of 32 with a burner cell phone, an exceptionally well-developed palate, and a bit of an asthmatic wheeze. 60+ Awesome, Free Tools for Modern Storytellers. 463 photographs by Chris Niedenthal. Konstantin Kofta - official web page. Konstantin Kofta created his own label, Kofta which combines seemingly contradictory elements outside the traditional canons of the fashion industry. 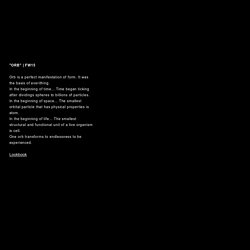 His garments are sensual, effortlessly elegant, practical and wearable. Kofta uses rough skin, irregular shapes and unique scents to create a totally new vision of the attire as a whole. Designer Konstantin Kofta combines rural and urban perceptions, and embraces the unintentional and unexpected, which provide inspiration for current and future collections. Each collection appears as a form of art installation. Konstantin Kofta believes that the perfect is hidden in the sacramental places away from an ordinary vision littered by common standards. Hōshi: A Short Film on the 1300-Year-Old Hotel Run by the Same Family for 46 Generations. Butterick’s Practical Typography. The Road Within EP. Jehly SINGER 2032 na kůže - Šicí centrum Milada. Specialist-project-leathercraft-manual-justin-schlichter-dec-2007. Dream Sequence. Craft in the Anthropocene - Thesis by Yesenia Thibault-Picazo.

Beauty Dock — Jorge Diego Etienne. Namsa Leuba's Khoisan explores an ancient African tribe. Zboznost_zen_-_nebeklice. Type Classifications. Most typefaces can be classified into one of four basic groups: those with serifs, those without serifs, scripts and decorative styles. 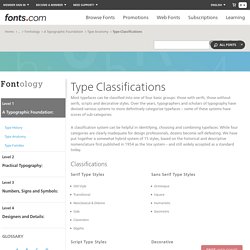 Over the years, typographers and scholars of typography have devised various systems to more definitively categorize typefaces – some of these systems have scores of sub-categories. A classification system can be helpful in identifying, choosing and combining typefaces. Fonts tagged ‘ultra light’ Top 20 Google Web Fonts and How to Use Them. As a web designer, you’re probably well aware of the importance of typeface. 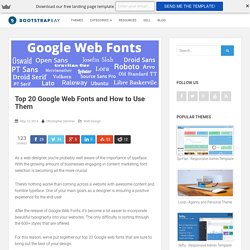 With the growing amount of businesses engaging in content marketing, font selection is becoming all the more crucial. There’s nothing worse than coming across a website with awesome content and horrible typeface. Level 1: A Typographic Foundation. Ligatures Part 2 - Discretionary - Fonts.com. By Ilene Strizver A discretionary ligature is more decorative in nature than a standard ligature and should be used at your discretion, as the name indicates. 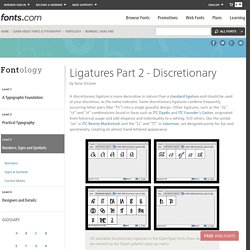 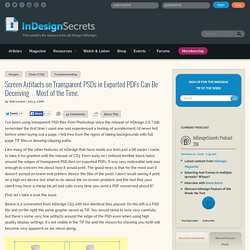 I still remember the first time I used one and experienced a feeling of wonderment I'd never felt before when laying out a page. I felt free from the rigors of faking backgrounds with full page TIF files or drawing clipping paths. Like many of the other features of InDesign that have made our lives just a bit easier I came to take it for granted until the release of CS3. Web-wing-ding-ext.pdf. The world’s new largest building is four times the size of Vatican City. China just cut the ribbon on the world’s new largest building. 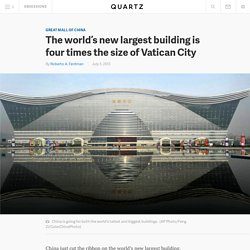 The New Century Global Center, which recently opened in Chendgu, China, is 328 feet high, 1,640 feet long, and 1,312 feet wide. That’s roughly 20 times the size of Sydney’s legendary Opera House, four times the size of Vatican City, and three times the size of the Pentagon. And its 420 acres in floor space is nearly the size of the entire country of Monaco (499 acres). Norio Nakamura’s Simple Lines. Japonsko, země zenu zaslíbená. You Thought Wall-E Was Just a Movie? Nope. Ornamentation on Alien ship? Member332 PostsPosted 01/17/2012 Well if these beings are creators of planets and species, they'll probably assume they're "better" then any other species that may exist in the galaxy. I mean ya can't blame them, I'd not wanna mess with a society who are able to do that! Member212 PostsPosted 01/17/2012. Slime Tribe - turn based strategy based on WebGL and THREE.js.

In Southern California, Mexican culture is so embedded in local society it can be difficult to separate it out. Here Halloween is almost synonymous with the Day of the Dead, though historically the two celebrations are very distinct. This year I was invited to a Day of the Dead (Día de los Muertos) celebration in a cemetery in San Diego. Eager to experience a traditional version of the Mexican holiday, I jumped in my car and drove straight south. Shark, president of the Veteranos Lowrider Car Club of San Diego, organized the celebration at Greenwood Memorial Park to include the traditional food, face painting, activities for kids, and a massive representation of the lowrider car clubs across the city.

He paints buildings standing quietly in natural settings with no human figures present. The severe precision of these paintings gives these fantasy buildings a strong sense of presence, revealing the artist’s predilection for the mechanical forms of modern industry. The exquisite draftsmanship and unique formal imagination of these paintings produces strong, ebullient architectural forms that transcend real time and space. Link via but does it float Your email address will not be published.