Hated and hunted. A Kids Book About Racism by Jelani Memory. Appalachian Trail: Covid postpones the great American adventure. Image copyright Getty Images As America grows restless after months of Covid lockdown, there is a yearning for the beauty of the great outdoors - and there is no communion with nature like hiking the Appalachian Trail. 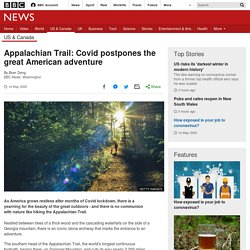 Nestled between trees of a thick wood and the cascading waterfalls on the side of a Georgia mountain, there is an iconic stone archway that marks the entrance to an adventure. The southern head of the Appalachian Trail, the world's longest continuous footpath, begins there, on Springer Mountain, and cuts its way nearly 2,200 miles (3,540 km) across 14 eastern US states, ending at another summit - the rocky, bare top of Mount Katahdin in Maine.

When travelling along the way, there is loneliness, hardship, fear and sometimes even death to face - yet each year, some 3,000 people attempt to hike the full length of the trail, beginning the trek in spring. It may well be that there is no time to wish to shrug off cares more than after a calamity. Coronavirus: NY man in lockdown shares his often hilarious lockdown life moments. Deadly olive tree disease across Europe 'could cost billions' : When 76 strangers sang happy birthday to a neighbour. News BBC News Navigation Sections Previous Next Media player. 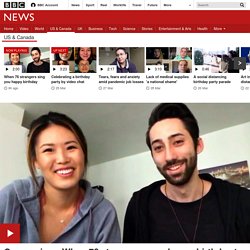 Explained. How to argue with a racist: Five myths debunked. Image copyright Getty Images Stereotypes and myths about race abound, but this does not make them true. 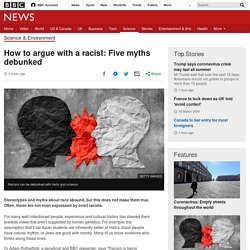 Often, these are not even expressed by overt racists. For many well-intentioned people, experience and cultural history has steered them towards views that aren't supported by human genetics. For example: the assumption that East Asian students are inherently better at maths, black people have natural rhythm, or Jews are good with money.

Many of us know someone who thinks along these lines. Dr Adam Rutherford, a geneticist and BBC presenter, says "Racism is being expressed in public more openly today than at any time I can recall, and it's our duty to contest it with facts. " Here's how to debunk five racist myths with science and facts. MYTH 1: The DNA of white and black people is completely different The primary pigment in human skin is melanin. It absorbs the sun's ultra violet rays before they can destroy folate, one of the body's key vitamins. "Racial purity is pure fantasy. 5. : Do face masks actually work? News BBC News Navigation Sections Media player Media playback is unsupported on your device. 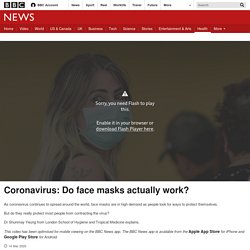 An 'unhappy marriage' that has saved thousands of lives. Arranged marriages can often throw up surprises. 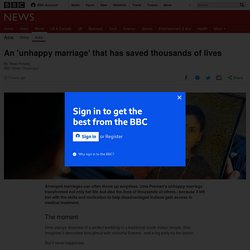 Uma Preman's unhappy marriage transformed not only her life, but also the lives of thousands of others - because it left her with the skills and motivation to help disadvantaged Indians gain access to medical treatment. The moment Uma always dreamed of a perfect wedding in a traditional south Indian temple. She imagined it decorated throughout with colourful flowers - and a big party by the beach. Why procrastination is about managing emotions, not time - BBC Worklife. Sirois believes procrastination has these adverse consequences through two routes – first, it’s stressful to keep putting off important tasks and failing to fulfil your goals, and second, the procrastination often involves delaying important health behaviours, such as taking up exercise or visiting the doctor. 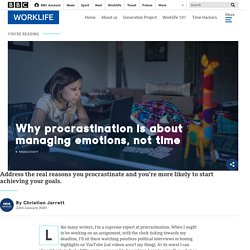 “Over time high stress and poor health behaviours are well known to have a synergistic and cumulative effect on health that can increase risk for a number of serious and chronic health conditions such as heart disease, diabetes, arthritis, and even cancer,” she says. All of this means that overcoming procrastination could have a major positive impact on your life. Culture - The culture that defines New York. A city and the cultural works it inspires are inextricably linked. 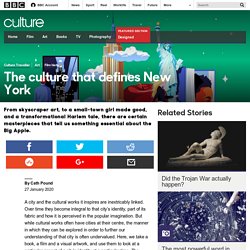 Over time they become integral to that city’s identity, part of its fabric and how it is perceived in the popular imagination. But while cultural works often have cities at their centre, the manner in which they can be explored in order to further our understanding of that city is often undervalued. Here, we take a book, a film and a visual artwork, and use them to look at a particular aspect of a city’s identity at a particular time. The choices are in no way intended to be definitive but rather aim to breathe new life into both cities and artworks that we often think we know so well, and in doing so underline the value of culture in enhancing our appreciation of the world around us.

Sex Education: 'I wish I knew sex could be fun growing up' Image copyright Getty Images/BBC You might remember a condom on a banana, or just a general sense that if you have sex, you'll either get A) pregnant or B) a disease. 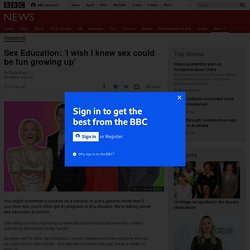 We're talking about sex education at school. The messy corners of growing-up were tiptoed around by teachers who couldn't even bring themselves to say "penis". So when the TV show Sex Education - which centres around two students who set up a sex clinic in their school - first debuted on Netflix last year, it was a breath of fresh air. Para-swimmer Grace Harvey speaks about walking in a robotic suit. Culture - Why do Brits and Americans swear so differently? Warning: This article contains very strong language that may offend some readers. 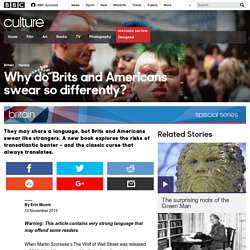 When Martin Scorsese’s The Wolf of Wall Street was released in 2014, it had the questionable distinction of containing more F-bombs than any other drama — 2.83 per minute, a total of 506. Only a documentary about the word itself exceeds it in cinematic history, with 857 instances. What is climate change? Is it actually 2020? - Reche... Death penalty: How many countries still have it? Image copyright Getty Images Claim: Some 170 States have either abolished the death penalty or introduced a moratorium on its use. 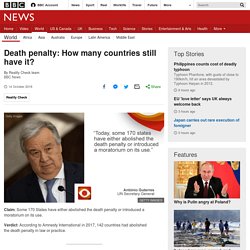 Verdict: According to Amnesty International in 2017, 142 countries had abolished the death penalty in law or practice. The UN Secretary General António Guterres marked the World Day Against the Death Penalty by praising the efforts of countries to end the practice. He said "170 States have either abolished the death penalty or introduced a moratorium on its use. " How to disagree well: Two close friends who have reason to hate each other. Fiona Gallagher and Lee Lavis have good reason to hate each other - but have become close enough to regard each other as brother and sister. It's a friendship which they believe has much to teach others, writes the BBC's Hugh Levinson.

Fiona Fiona Gallagher was born in 1968 to a Catholic family in Derry who were firm nationalists. She grew up with what became known as The Troubles. 'English Only': The movement to limit Spanish speaking in US. Image copyright Getty Images There are an estimated 41 million Spanish speakers in the US and that number is increasing. Yet there is also a small but vocal movement to restrict the spread of Spanish. "This is a country where we speak English. It's English. Children trying to spell tricky Spanish words. A beginner's guide to impeachment and Trump. What can these caps tell us about children and race? Image copyright Michael Boyd/ Dominique Battle An image of a child's fifth birthday celebration wouldn't normally light up the whole internet so why has one dad's photo sparked conversations about race and colour-blindness?

Michael Boyd posted an image on Facebook of three young girls captioning it with a heart, a smile and a laughter emoji, and the words: "When you leave your white child with black parents". 'I would have done anything to become normal' Environ 5 résultats Résultats Web Il y a 12 heures - One man shares his story of being given electrical shock therapy to 'cure' his homosexuality. 'Why I recover the bodies of the drowned' Discussing pansexuality and non-binary gender identity. Climate strike: What US children are sacrificing for the cause.

Finland's new generation of climate heroes. Climate change: Five ways to be resilient. Climate change: Should you fly, drive or take the train? Emotional abuse: ‘My fiance seemed perfect - but he wanted to control me’ When Anna, an actress, fell in love with an older and more successful actor he seemed like the perfect man. They quickly became engaged - but then he began to change. It took time for her to realise that her fairytale romance had become an abusive relationship.

“What I tried to do is really give people my experience, just to help to explain to the viewer the stuff that was hidden and also the contradictory nature of it all.” From 2009 to 2010, Olivia Arthur photographed women in Saudi Arabia. Some were fully covered up; others allowed her to capture them relaxing at home or dancing at parties as long as she didn’t show their faces. “That was a great honour for me – that they would trust me and take me into their worlds,” says the Magnum photographer in this video, part of BBC Culture's Through the Lens series. “I tried to understand their desire for privacy and what that meant – what they were OK with me showing and what they weren’t.”