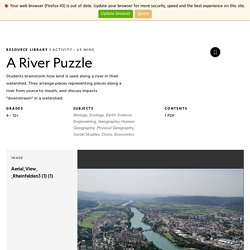 Have students brainstorm human-environment interactions along a river. To help students access prior knowledge, have them imagine different scenes they might see along a river. Rivers and the Gabčíkovo-Nagymaros Project. Rivers have long been sources of transportation, food, and water. 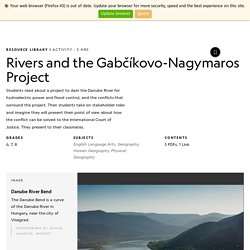 Today, the world's rivers contain a vast network of levees, dams, and locks to control water and harness its potential. Students' misconceptions often include thinking that all rivers flow from the north to the south. In fact, river flow is entirely dependent upon the gradient of the riverbed. Thus, rivers move from high (upstream) to low (downstream). Rivers are dynamic, or constantly changing. Kerala flood case study. Kerala Kerala is a state on the southwestern, Malabar Coast of India. 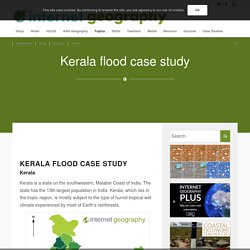 The state has the 13th largest population in India. Rivers Are Flooding Earlier in Parts of Europe as Climate Changes. The World's Dirtiest River. The Yamuna, India's most polluted river. The Zambezi River: Mozambique's Force of Life. Chasing Rivers, Part 1: The Colorado. What's the Longest River on Earth?

Label parts of water cycle diagrams. Flooding - Rivers and flooding - KS3 Geography Revision - BBC Bitesize. Climate change and flood risk in European cities. The map is one example of the capabilities of Eye on Earth, an online mapping tool created by the EEA and partners. 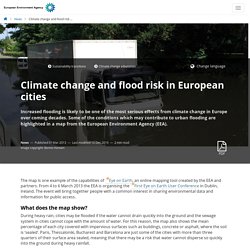 From 4 to 6 March 2013 the EEA is organising the First Eye on Earth User Conference in Dublin, Ireland. The event will bring together people with a common interest in sharing environmental data and information for public access. What does the map show? Global warming poses substantial flood risk increase for Central and Western Europe. Europe is expected to see a considerable increase in flood risk in coming years, even under an optimistic climate change scenario of 1.5°C warming compared to pre-industrial levels. 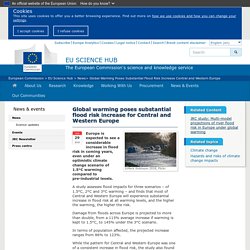 A study assesses flood impacts for three scenarios – of 1.5°C, 2°C and 3°C warming – and finds that most of Central and Western Europe will experience substantial increase in flood risk at all warming levels, and the higher the warming, the higher the risk. Damage from floods across Europe is projected to more than double, from a 113% average increase if warming is kept to 1.5°C, to 145% under the 3°C scenario. More storms and flooding: How we′ll need to adapt to extreme weather. Deutsche Welle: France has declared a state of natural disaster in some areas, people have had to be evacuated from Germany, some people have died as a result of the storms and flooding here. 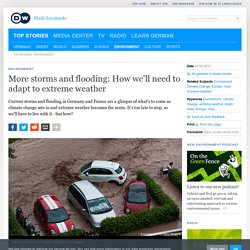 Is this a taste of more to come? Maarten van Aalst: In general, we are seeing an increase around the world of the risk of a range of types of extremes, including rainfall extremes that may cause flooding events like what we have here. We see more people and assets at risk in places that can get flooded. The countries hit hardest by extreme weather.

Nikolay Doychinov | AFP | Getty Images An historic agreement may have been reached at the United Nations Climate Change conference in Paris late last year, but that could prove too late for some countries. 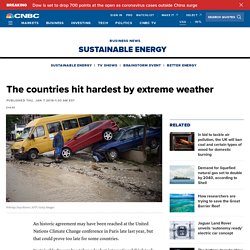 Sustainable Energy has taken a look at international think tank Germanwatch’s Global Climate Risk Index for 2016, part of which profiles the countries most affected by “extreme weather events” in 2014. Hochwasser Leipzig 2013. Flood Control - Stadt Leipzig. Flood Control Management in Leipzig Situated at the intersection of three rivers, the Weiße Elster, Pleiße and Parthe, Leipzig has always been vulnerable to the danger of flooding. 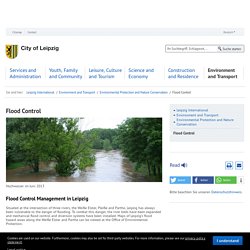 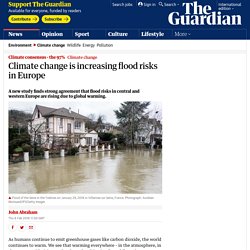 We see that warming everywhere – in the atmosphere, in the oceans, with rising sea levels, and melting ice. But while we know conclusively that humans are causing the warming, an equally important question is, “so what?” Really, we want to know the consequences of warming so that we can make informed decisions about what to do about it. We really have only three choices: mitigate, adapt, or ignore and suffer the consequences. A very new study was just published that helps answer this question of “so what?” In the study, the authors used what are called Impact Models to assess the risks of large-scale flooding. I think of this as a three-part study. 1. I communicated with Professor Betts who told me: Our results give the clearest picture yet of climate change increasing the risk of flooding. Lead author, Lorenzo added, So where did the models agree and where did they disagree? 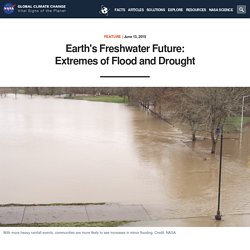 Learn more. The Water Cycle. Flooding and Climate Change: Everything You Need to Know. Jump to Section Floods are the most common (and among the most deadly) natural disasters in the United States. They have brought destruction to every state and nearly every county, and in many areas they are getting worse. As global warming continues to exacerbate sea level rise and extreme weather, our nation’s floodplains are expected to grow by approximately 45 percent by century’s end. Here’s how climate change plays a role in flooding, and how we can better keep our heads above water. Flooding Facts What is a flood? A flood is the accumulation of water over normally dry land. Major types of floods River FloodingThis occurs when a river or stream overflows its natural banks and inundates normally dry land.

Coastal FloodingMore than 8.6 million Americans live in areas susceptible to coastal flooding, which happens when winds from a coastal storm, such as a hurricane or nor’easter, push a storm surge—a wall of water—from the ocean onto land.