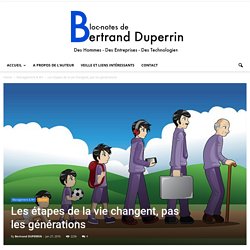 Toward A Distributed Automated Network Economy? This is my third and last post in a series about Millennials and money following El País’ event No Money this April, reflecting some of the topics that were raised. 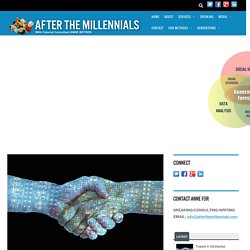 Blockchain is the database system underpinning the cryptocurrency Bitcoin, but has started to draw attention on its own. The blockchain technology’s recent rise to fame is based on it being a distributed database that could alter the way we exchange value, contracts and information. Corporate America Chases the Mythical Millennial. Consider the question of the best way to manage millennials. 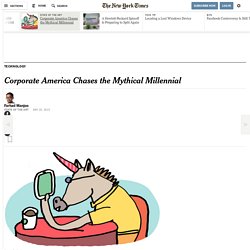 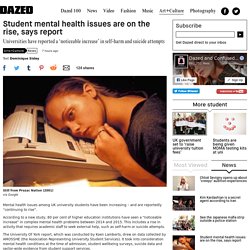 According to a new study, 80 per cent of higher education institutions have seen a “noticeable increase” in complex mental health problems between 2014 and 2015. This includes a rise in activity that requires academic staff to seek external help, such as self-harm or suicide attempts. The University Of York report, which was conducted by Koen Lamberts, drew on data collected by AMOSSHE (the Association Representing University Student Services). It took into consideration mental health conditions at the time of admission, student wellbeing surveys, suicide data and sector-wide evidence from student support services. How I Learned to Love Snapchat. Photo In the mid-’80s,a German engineer named Friedhelm Hillebrand helped devise a way for cellphones to send and receive text messages. 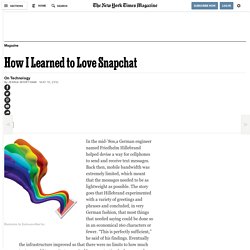 Back then, mobile bandwidth was extremely limited, which meant that the messages needed to be as lightweight as possible. Trying to Pin Down the Mosaic of Millennial Tastes. How Gen Y can have it all – careers, houses and retirement. There’s a time management solution to Gen Y’s anxiety about home ownership, careers and retirement. 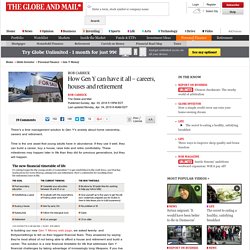 Time is the one asset that young adults have in abundance. If they use it well, they can build a career, buy a house, raise kids and retire comfortably. The Millennial Lending Revolution — The Future of Money. How the next generation - and all of us - will save the world. I was recently interviewed for an article Why the world will be better in gen Y’s hands. 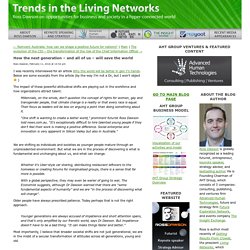 Below are some excerpts from the article (by the way I’m not a Dr., but I won’t object The impact of these powerful attitudinal shifts are playing out in the workforce and how organizations attract talent. Millennials, on the whole, don’t question the concept of rights for women, gay and transgender people, that climate change is a reality or that every race is equal.

Huffingtonpost. Young Americans Who Are Choosing to Become Orthodox Jews. 8 things millennials want—and don’t want—show how different they are from their parents. Stuff it: Millennials nix their parents’ treasures. A seismic shift of stuff is underway in homes all over America. 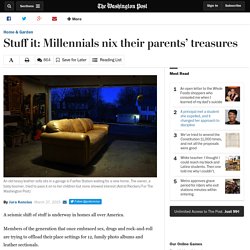 Members of the generation that once embraced sex, drugs and rock-and-roll are trying to offload their place settings for 12, family photo albums and leather sectionals. Their offspring don’t want them. As baby boomers, born between 1946 and 1964, start cleaning out attics and basements, many are discovering that millennials, born between 1980 and 2000, are not so interested in the lifestyle trappings or nostalgic memorabilia they were so lovingly raised with.

Why Millennial Women Are Burning Out. Two years ago, Michelle* was a thriving real estate mogul in Seattle, and cofounder of her own business. 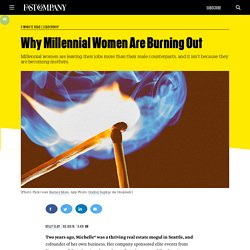 Her company sponsored elite events from Vancouver, B.C., to Los Angeles and contributed to many philanthropies. But at the age of 28, she did what many other successful millennial women do: She burned out. She scaled back on clients, travel, and events. Eventually, with the support of her husband, she decided to call it quits and take a sabbatical. Expectations. Millennials thinking small for affordable housing. Harvard law student Pete Davis says he wants to live in his own tiny house someday. 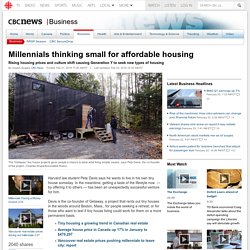 In the meantime, getting a taste of the lifestyle now — by offering it to others — has been an unexpectedly successful venture for him. Davis is the co-founder of Getaway, a project that rents out tiny houses in the woods around Boston, Mass., for people seeking a retreat, or for those who want to test if tiny house living could work for them on a more permanent basis. The project is one of many small housing initiatives in what amounts to a growing industry in millennial housing, particularly as rising real estate costs in both Canada and the U.S. have made traditional home buying much less affordable.

Millennials: the trials of Generation Y. Generation game. How do we get to the future? Millennials Are Starting to Change the Stock Market. Myths about millennials. ONE of the perks of getting old is that you are allowed to talk nonsense about the young. Plato was said to have complained that young people “disrespect their elders” and “ignore the law”. Peter the Hermit griped that they “think of nothing but themselves” and are “impatient of all restraint”. Today, grizzled business pundits tend to mix in some praise with their gripes.

Here Is When Each Generation Begins and Ends, According to Facts. Millennials Are Suddenly America's Most Likely Online Daters. Today’s teens are better than you, and we can prove it.