Anthropology Resources on the Internet. Margaret Mead Award. The Margaret Mead Award, offered jointly by the American Anthropological Association (AAA) and the Society for Applied Anthropology (SfAA), is presented to a younger scholar for a particular accomplishment, such as a book, film, monograph, or service, which interprets anthropological data and principles in ways that make them meaningful to a broadly concerned public. 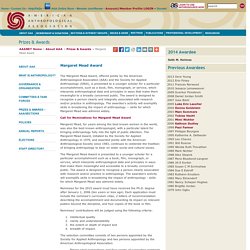 The award is designed to recognize a person clearly and integrally associated with research and/or practice in anthropology. Human Condition. Societal Gumbo. Pax Humanitas. Secure Safety. ALL Behaviours Begin at Home. Populating Reality. Human Self. Close Quarters. Words of Comfort - DOC. SAR—Programs. Gandhi’s Top 10 Fundamentals for Changing the World. Civil disobedience. Overview[edit] By the 1850s, a range of minority groups in the United States--blacks, Jews, Seventh Day Baptists, Catholics, antiprohibitionists, racial egalitarians, and others--employed civil disobedience to combat a range of legal measures and public practices that to them promoted ethnic, religious, and racial discrimination. 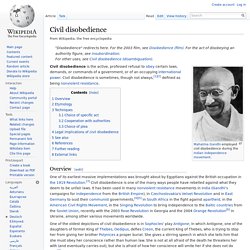 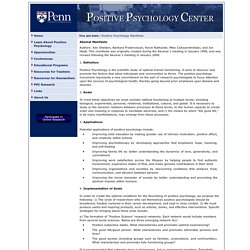 Abstracts. Following are some of the abstracts from Dr. 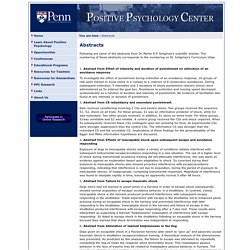 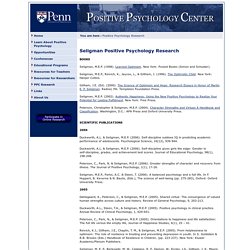 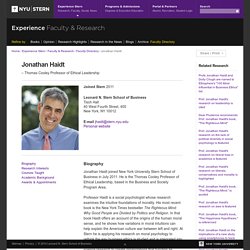 He is the Thomas Cooley Professor of Ethical Leadership, based in the Business and Society Program Area. Jon Haidt's Home Page. I study morality and emotion, and how they vary across cultures. 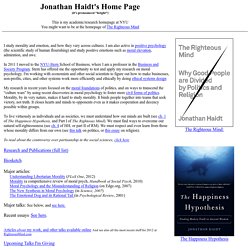 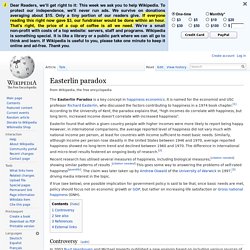 It is named for the economist and USC professor Richard Easterlin, who discussed the factors contributing to happiness in a 1974 book chapter.[1] According to the University of Kent, the paradox explains that, "high incomes do correlate with happiness, but long term, increased income doesn't correlate with increased happiness". Easterlin found that within a given country people with higher incomes were more likely to report being happy. However, in international comparisons, the average reported level of happiness did not vary much with national income per person, at least for countries with income sufficient to meet basic needs.

Similarly, although income per person rose steadily in the United States between 1946 and 1970, average reported happiness showed no long-term trend and declined between 1960 and 1970. The difference in international and micro-level results fostered an ongoing body of research.[2] Controversy[edit] Brookings Papers on Economic Activity, Vol. 2008 (Spring, 2008), pp. 1-87. Can Money Buy Happiness? A Macroeconomic View of the Easterlin Paradox. Can Money Buy Happiness? 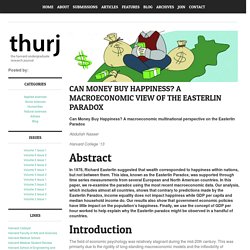 First World Happiness Report Launched at the United Nations - The Earth Institute - Columbia University. The happiest countries in the world are all in Northern Europe (Denmark, Norway, Finland, Netherlands). 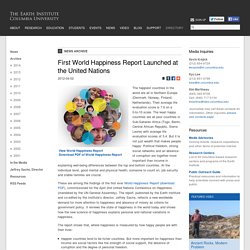 Their average life evaluation score is 7.6 on a 0-to-10 scale. The least happy countries are all poor countries in Sub-Saharan Africa (Togo, Benin, Central African Republic, Sierra Leone) with average life evaluation scores of 3.4. But it is not just wealth that makes people happy: Political freedom, strong social networks and an absence of corruption are together more important than income in explaining well-being differences between the top and bottom countries. At the individual level, good mental and physical health, someone to count on, job security and stable families are crucial. These are among the findings of the first ever World Happiness Report (download PDF), commissioned for the April 2nd United Nations Conference on Happiness (mandated by the UN General Assembly).

The Peace Wheel - Culture. There are many ways each and every one of us can be part of the peace movement. You don't need to make radical life changes in order to affect change in the world. Look at the following eight pathways, which one speaks to you? Governance/Law/Security. The Peace Wheel - Culture. How Do We Raise Critical Thinkers? Humanity is but a scale. . . Cultural Intelligence Center. Testimonies - Peace - Religious Society of Friends (Quakers) in Australia Inc. By Jenny Stock, South Australia. Nonviolent resistance. Promoting Enduring Peace. List of peace prizes. Gandhi Peace Award. Gandhi Peace Prize. The International Gandhi Peace Prize, named after Mahatma Gandhi, is awarded annually by the Government of India.

Hétérophonie. Developmental Origins of the Other-Race Effect. Homeboy Industries - Why We Do It. The Omnivorous Mind — John S. Allen. Sam Harris: A Response to Critics. List of anti-war organizations. Sanity in a culture of mass murder. Human interaction. 'Otherwise Known as the Human Condition,' by Geoff Dyer - Review. Einstein's Relativity Affects Aging on Earth (Slightly) Children With Special Abilities. 11 Reasons It's Hard Being Intelligent. Meet the 12 year old with an IQ higher than Stephen Hawking’s - TNW Shareables (Build 20110318052756) The Truth About Lying. The Rise of the Social Food Truck [INFOGRAPHIC] Claire Felicie’s photographs Marines’ faces before, during, and after Afghanistan. Newborn Loses Faith In Humanity After Record 6 Days. Crackpot index. 17 Funny Fail GIFs: Falling Down Never Was So Hilarious (PHOTOS) Be A Space Tourist For $1 Million: Here's What We'd Do There. Part 3 - T. A. Z.: The Temporary Autonomous Zone, Ontological Anarchy, Poetic Terrorism.

Why We're All Above Average. Narcissistic Personality Inventory. Ubuntu Wellness Centre. Joe Rogan and The Madness of Excellence. Mathbabe. Rebranding Valentine's Day Into A Day Of Generosity. The Brick Testament. Love story au coeur de l'urgence. Defining Social Problems. What were you raised by wolves? Europeana Strategy 2020: ‘We transform the world with culture’

Related:  Psychology   -  Journalistes, essayistes, polémistes   -  Manipulation and Persuasion   -  InfoOverload   -  Thoughts of Being Alive   -  Future of Toilets   -  Gandhi’s Top 10 Fundamentals for Changing the World   -  The Brick Testament   -  What were you raised by wolves?   -  Education   -  Enterprise