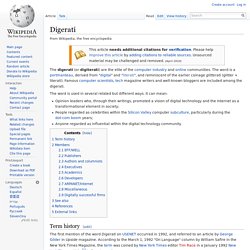 The word is a portmanteau, derived from "digital" and "literati", and reminiscent of the earlier coinage glitterati (glitter + literati). Famous computer scientists, tech magazine writers and well-known bloggers are included among the digerati. The word is used in several related but different ways. It can mean: Opinion leaders who, through their writings, promoted a vision of digital technology and the Internet as a transformational element in society;People regarded as celebrities within the Silicon Valley computer subculture, particularly during the dot-com boom years;Anyone regarded as influential within the digital technology community.

Term history[edit] Actually the first use of "digerati" was in a January 29, 1992 New York Times article, "Pools of Memory, Waves of Dispute", by John Markoff, into which I edited the term. Members[edit] EFF/WELL[edit] Publishers[edit] Authors and columnists[edit] Falsehood: “If this was the Stone Age, I’d be dead by now” – Greg Laden's Blog.

It is generally thought that life expectancy in the past was less that it is today for our species as a whole and in the case of industrialized countries in particular. 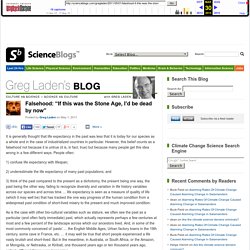 However, this belief counts as a falsehood not because it is untrue (it is, in fact, true) but because many people get this idea wrong in a few different ways. List of common misconceptions. From Wikipedia, the free encyclopedia This incomplete list is not intended to be exhaustive. 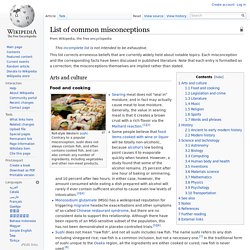 This list corrects erroneous beliefs that are currently widely held about notable topics. Each misconception and the corresponding facts have been discussed in published literature. Note that each entry is formatted as a correction; the misconceptions themselves are implied rather than stated. Arts and culture. LOL. LOL, an acronym for laughing out loud[1][2] or laugh out loud,[3] is a common element of Internet slang. 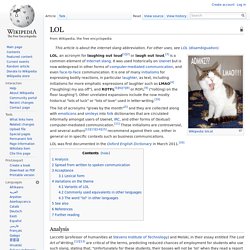 It was used historically on Usenet but is now widespread in other forms of computer-mediated communication, and even face-to-face communication. It is one of many initialisms for expressing bodily reactions, in particular laughter, as text, including initialisms for more emphatic expressions of laughter such as LMAO[4] ("laugh(ing) my ass off"), and ROTFL[5][6][7][8] or ROFL[9] ("roll(ing) on the floor laughing"). Aspects, Transits, Returns. Bandwagon effect. 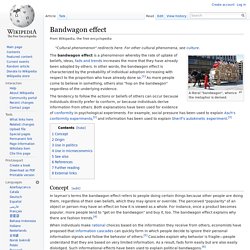 For other cultural phenomena, see culture. A literal "bandwagon", whence the metaphor is derived. The bandwagon effect is a phenomenon whereby the rate of uptake of beliefs, ideas, fads and trends increases the more that they have already been adopted by others. In other words, the bandwagon effect is characterized by the probability of individual adoption increasing with respect to the proportion who have already done so.[1] As more people come to believe in something, others also "hop on the bandwagon" regardless of the underlying evidence. The tendency to follow the actions or beliefs of others can occur because individuals directly prefer to conform, or because individuals derive information from others. Concept[edit] Transcendence. Slanguage. LORE.

Ways Places Means. Esoteric Endeavors. Turtles all the way down. Coincidence is an Illusion - What is Synchronicity? All Coincidences Have Meaning Nothing Happens by Chance Have you ever experienced a coincidence so incredible that it left you stunned? 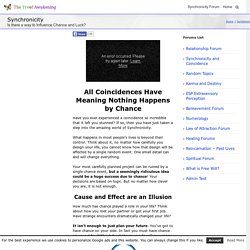 Wisdom of Crowds. Crowdsourcing your organization strategy, what’s to appreciate? Every instrument has a role greater than just a part of the whole. 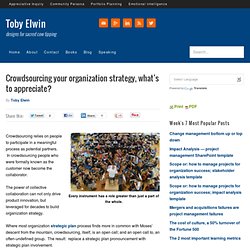 Crowdsourcing relies on people to participate in a meaningful process as potential partners. In crowdsourcing people who were formally known as the customer now become the collaborator. The power of collective collaboration can not only drive product innovation, but leveraged for decades to build organization strategy. Where most organization strategic plan process finds more in common with Moses’ descent from the mountain, crowdsourcing, itself, is an open call; and an open call to, an often-undefined group. 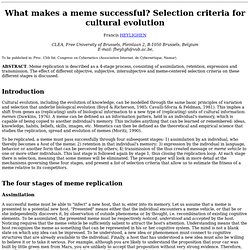 Congress on Cybernetics (Association Internat. de Cybernétique, Namur). ABSTRACT. Introduction. Culture & Meme. Best Global Brands 2011 - Top 100 brands. The curse of the herd. I confess I'm biased . Harnessing Crowds: Octarine. Test : Are you an indigo or crystal child When were you born? The Empath, The Indigo, The Crystal, & The Rainbow (And Quizzes) In this discussion, we will be looking at some definitions and traits of the ideas of the Empath, the Indigo, the Crystal, and the Rainbow. 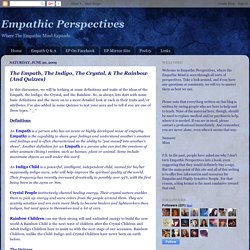 So, as always, lets start with some basic definitions and the move on to a more detailed look at each in their traits and/or attributes. I've also added in some Quizzes to test your aura and to tell if you are one of these types. ^_^ Definitions An Empath is a person who has an acute or highly developed sense of empathy. View topic - Are you an Indigo - The Quiz from Indigo Adults... The Indigo Child and How to Recognize One. By Sandra Weaver (pictured Aaron Weaver, L.A. comedian) The indigo child is here to bring us closer to our true essence. 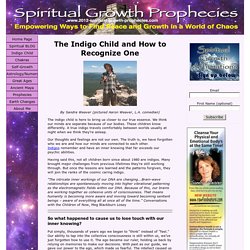 Our goal is to understand the flexibility and limitations of dog cognition. In doing so, we gain a window into the mind of animals as well as the evolution of our own species. We can also apply our knowledge of dog cognition to improving programs in which dogs are bred and trained to help humans (i.e. service dogs for the disabled, etc.). We study dog cognition by inviting dog owners living in the vicinity of Duke University (Raleigh-Durham-Chapel Hill) to volunteer their pet dog(s) to play fun problem solving games where they can win treats (food or toys). Dognition How it Works. A blog about canine psychology by the researchers at Barnard College.

The EGG Story. Anton Parks - Atlantis Contre Mu. Stichting Skepsis onderzoekt pseudowetenschap en het paranormale. At the Edge. Beyond Reality. Meditation for the damned - Notes & Errata by Mark Morford. You guys! Great news: Researchers have identified a new, fifth kind of boredom. It’s true! The Third Wave. Background to the Third Wave experiment[edit] The experiment took place at Cubberley High School in Palo Alto, California, during the first week of April 1967.[1] Jones, finding himself unable to explain to his students how the German population could have claimed ignorance of the extermination of the Jewish people, decided to demonstrate it to them instead.[3] Jones started a movement called "The Third Wave" and told his students that the movement aimed to eliminate democracy.[1] The idea that democracy emphasizes individuality was considered as a drawback of democracy, and Jones emphasized this main point of the movement in its motto: "Strength through discipline, strength through community, strength through action, strength through pride.