Make sure that you use information ethically (cite sources) and that you trust your source (is it credible?). Test Yourself for Hidden Bias. Education. People don’t always say what’s on their minds. One reason is that they are unwilling. What do terms like systemic racism, microaggression and white fragility mean? 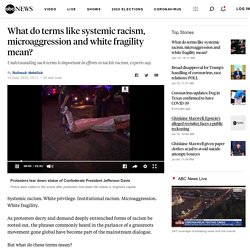 White privilege. Institutional racism. Microaggression. White fragility. As protesters decry and demand deeply entrenched forms of racism be rooted out, the phrases commonly heard in the parlance of a grassroots movement gone global have become part of the mainstream dialogue. What the data say about police shootings. On Tuesday 6 August, the police shot and killed a schoolteacher outside his home in Shaler Township, Pennsylvania. 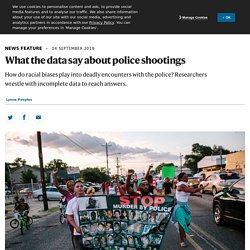 He had reportedly pointed a gun at the officers. In Grants Pass, Oregon, that same day, a 39-year-old man was shot and killed after an altercation with police in the state police office. And in Henderson, Nevada, that evening, an officer shot and injured a 15-year-old suspected of robbing a convenience store. The boy reportedly had an object in his hand that the police later confirmed was not a deadly weapon. In the United States, police officers fatally shoot about three people per day on average, a number that’s close to the yearly totals for other wealthy nations. A pair of high-profile killings of unarmed black men by the police pushed this reality into the headlines in summer 2014.

What the data say about police brutality and racial bias — and which reforms might work. For 8 minutes and 46 seconds, Derek Chauvin pressed his knee into the neck of George Floyd, an unarmed Black man. 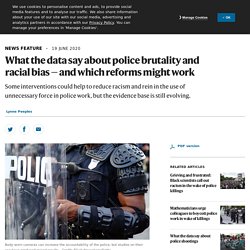 This deadly use of force by the now-former Minneapolis police officer has reinvigorated a very public debate about police brutality and racism. As protests have spread around the globe, the pressure is on police departments and politicians, particularly in the United States, to do something — from reforming law-enforcement tactics to defunding or even abolishing police departments. And although researchers are encouraged by the momentum for change, some are also concerned that, without ample evidence to support new policies, leaders might miss the mark. Many have been arguing for years about the need for better data on the use of force by the police in the United States, and for rigorous studies that test interventions such as training on how to de-escalate tense interactions or mandating the use of body-worn cameras by officers.

Bad apples. Mapping Police Violence. Are peaceful protests more effective than violent ones? As unrest erupts across the world after the killing of a Black man, George Floyd, by a white police officer, even some peaceful protests have descended into chaos, calling into question the efficacy of violence when it comes to spurring social change. 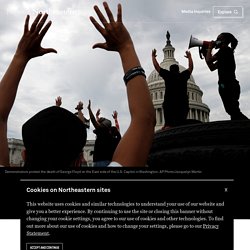 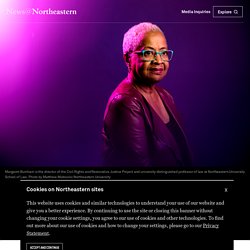 At that time, the national response to the assassination of Martin Luther King Jr. combined with ongoing protests over civil rights and the Vietnam War to plunge an already divided nation more deeply into turmoil. Who We Are. About EJI (Equal Justice Initiative) Views on Race in America 2019. Public has negative views of the country’s racial progress; more than half say Trump has made race relations worse By Juliana Menasce Horowitz, Anna Brown and Kiana Cox More than 150 years after the 13th Amendment abolished slavery in the United States, most U.S. adults say the legacy of slavery continues to have an impact on the position of black people in American society today. 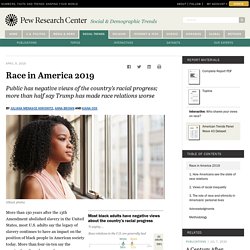 More than four-in-ten say the country hasn’t made enough progress toward racial equality, and there is some skepticism, particularly among blacks, that black people will ever have equal rights with whites, according to a new Pew Research Center survey. 7 Books on Anti-Racism 2020. What happened to Elijah McClain? Protests help bring new attention to his death. 26 Simple Charts to Show Friends and Family Who Aren't Convinced Racism is Still a Problem in America. 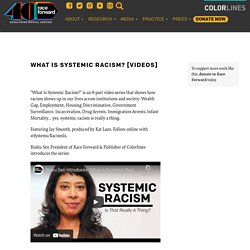 " is an 8-part video series that shows how racism shows up in our lives across institutions and society: Wealth Gap, Employment, Housing Discrimination, Government Surveillance, Incarceration, Drug Arrests, Immigration Arrests, Infant Mortality… yes, systemic racism is really a thing. 6 ways to be antiracist, because being 'not racist' isn't enough. How to be anti-racist: Speak out in your own circles. Being anti-racist means more than ridding yourself of racist attitudes, beliefs and behaviors. 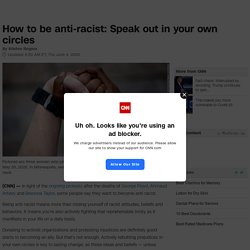 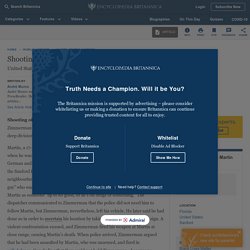 The shooting exposed deep divisions among Americans on race issues.