MobileAppDaily is the most trusted & the largest media source of Mobile App Industry where we cover the News & Reports on Mobile App Development, App Reviews, Mobile Marketing & Companies.

Impact of Mobile Crypto Payment Services on Financial Sector. The internet is a truly wondrous creation. 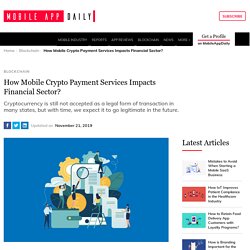 With the power of information, the sum of humanity’s discoveries from over two millennia can be accessed by anyone with an internet connection and a computer or smart device. Now with smart devices and mobile networks being readily available, we are more connected than ever before. Banking and financial services that were previously not available to people living in less developed countries have become widespread. As can be seen, people living in countries with historically unstable governments such as Zimbabwe and Venezuela are turning to mobile payment apps as a solution to their financial woes.

Furthermore, now, with the widespread use of cryptocurrency worldwide, it appears that mobile crypto banking may be the way forward. Here’s why we think mobile banking apps and cryptocurrency payment gateways are essential. Cryptocurrency Comparison of Bitcoin, Litecoin, and Others. Cryptocurrency is one of the fastest-growing industries on the stage of the world today. 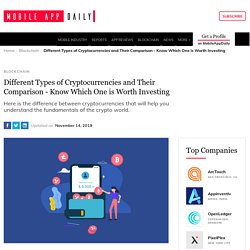 However, unlike many others, it is difficult to understand what is going on within it. The industry involves the use and sale of cryptocurrencies, which are digitally created and monitored currencies. To put it simply, cryptocurrency is a type of digital currency that is assigned a value based on market demand. The sudden increase in popularity and demand for these cryptocurrencies has led to a boom in the industry itself and many individuals became millionaires overnight. The whole system works on a framework known as Blockchain, which is a centralized system that incorporates the currencies into itself. The system is prided on not being easily hackable or manipulated. Top Live Cricket □ Streaming Apps To Watch Out In 2020. When your favorite cricket team is playing and you can’t afford to miss even a single match of the high-octane tournament. 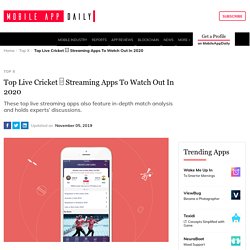 And we also understand that you can’t sit in front of the idiot box every time and enjoy live cricket, therefore, we have compiled a list of the best free streaming apps that are covering the important cricket matches. With these top five free streaming apps, you can enjoy 24X7 cricket live streaming, live scores, commentary, highlights, and bowl-by-bowl analysis. Top Emerging Blockchain Technology Trends to Follow [ The blockchain technology first made its official appearance almost a decade ago, in the year 2009. 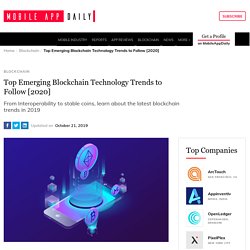 Since then, the world has seen an exponential transformation in this remarkable technology. From the retail sector to the field of Healthcare and Medicine, blockchain technology has made its way into various industry verticals, thus making blockchain trends the most searched for keywords. 2015 was the year when Ethereum was launched with its new Smart Contract functionality. Top 30 Android Apps You Must Have In 2020 [Updated] There are millions of apps in the Google Play Store and we can't stop on anyone. 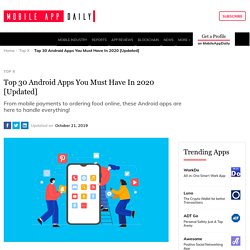 It becomes a little confusing to find the best and the right one. No matter what type of app you are searching for, there are many similar apps which can puzzle you to choose the best one. Here is a curated compilation of the best apps you should be looking up to in 2020, specifically, if you own an Android device and wish to add some notable apps in your armory. List Of The Top Android Apps So, let’s have a look at the list of some gems in the Android App Store that can help you keep your life more entertaining and more organized. 1. Android has some best options for mobile payments which completely depends on the type of device which you own.

It keeps the entire information safe as the actual card number is never shared in fact a virtual card number is used to keep the card details secured. Notable Features of Google Pay: Download for Android 2. Notable Features of Zomato: Download for Android 3. 4. 5. 6. 7. Top Mobile App UI Design Trends to Use in 2020. Mobile app UI design is the first impression of an app. 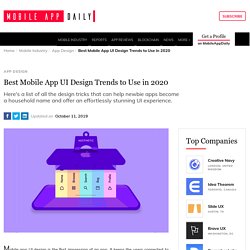 It keeps the users connected to the brand, simplifies user journey in the app, increasing the overall ROI of the app. When the mobile app design guidelines are customer-centric, followed by engaging content, there is nothing stopping for an app to be a household name. Netflix, for example, has one of the best UI designs for both web and apps for Android and iOS. It offers a fluid layout, color-coded content complimenting the brand, seamless navigation, and real-time bug fixes. How Much Money it Costs to Build an App Like Uber?

Uber is no longer an app but a verb for ride-hailing. 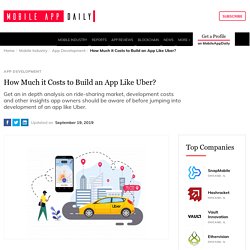 Leading a market that’s estimated to grow to US$318,765m by 2023, Uber has inspired many other app owners to make Uber clone apps. While some apps like Lyft, Didi, Grab and Ola fared well; there are thousands of other ride-hailing apps on the app store that are galaxies away from achieving that Uber verb status. That’s why we’ve dug deep into both the ride-hailing market and the app development process of Uber clone apps to address the burning question- How much did Uber app cost to develop? What is Uber Mobile App Made of? Contrary to what most aspiring cab-hailing app owners assume, Uber is not a single app but a company that runs two frontend apps, an admin panel and a server on the backend.fv Frontend Backend. Top Apps for Android & iOS Smartphones in 2019. Google Pixel 4 Leaks, Rumors, Specifications, And Release date.