I am from a time of unrepented essence

Urban Art, Architecture, Design & Travel. Giordano Bruno. Giordano Bruno (Latin: Iordanus Brunus Nolanus; Italian: [dʒorˈdano ˈbruno]; 1548 – February 17, 1600), born Filippo Bruno, was an Italian Dominican friar, philosopher, mathematician, poet, and astrologer.[3] He is celebrated for his cosmological theories, which went even further than the then-novel Copernican model: while supporting heliocentrism, Bruno also correctly proposed that the Sun was just another star moving in space, and claimed as well that the universe contained an infinite number of inhabited worlds, identified as planets orbiting other stars. 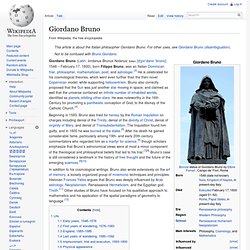 He was noteworthy in the 16th Century for promoting a pantheistic conception of God, to the dismay of the Catholic Church.[4] In addition to his cosmological writings, Bruno also wrote extensively on the art of memory, a loosely organized group of mnemonic techniques and principles. Life[edit] Early years, 1548–1576[edit] Lilpixiepaz. Duns Scotus.

The Educate America Foundation - Patriots. When our enemies like candidate Obama, there must be a reason... 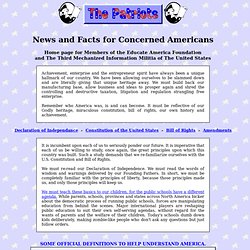 They did their homework, they arn't as ignorant as most voters. Have you done your homework? - You are voting, right? They like him because he will help their cause. Look at these people and organizations up on the internet. If you want America to become what these people want, then by all means, after reading about them, do for your posterity what you now feel is right. The Big Picture. The Role of Think Tanks and NGOs. Think tanks are usually thought of as places devoted to devising and promoting policy recommendations (short and long term) to governments and multilateral organizations. And many think tanks work in the foreign policy field. Nongovernmental organizations (NGOs) can play this role as well, but they can also play roles as service providers, activists and educators. Taken together, the advice and influence generated by think tanks and NGOs can have a considerable impact on U.S. foreign policy.

The most influential think tanks in foreign policy contain policymakers and scholars who have previously served in government positions including former State Department officials, ambassadors, military officers, and members of Congress. Think tank officials, whether they have served in government previously or not, are often likely candidates for service when new administrations come to power in Washington. Among the largest and most influential groups are:

You must acknowledge that you have read the following disclaimer in order to view documents in the Historical Library. 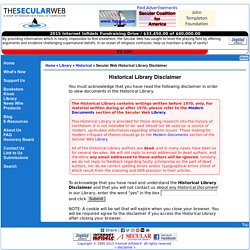 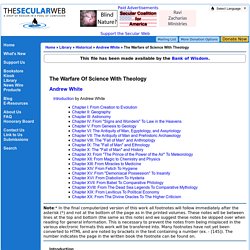 History. Literature databases. The Nomadic Spirit. I'll say this much about what you've stumbled into. 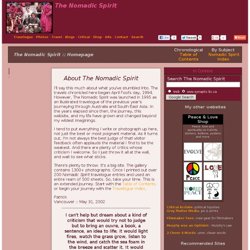 11:11 - What Does it Mean? December 12, 2005 Update: There is now an audio that covers this subject - Vital Information About 11:11 & Other Numbers Note: The basic information below was originally sent on March 26, 2004, to the webmaster of the coasttocoastam.com website, which carries the popular radio show with Art Bell and George Noory. 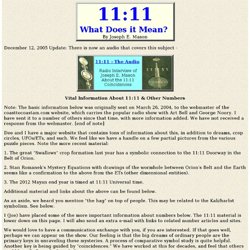 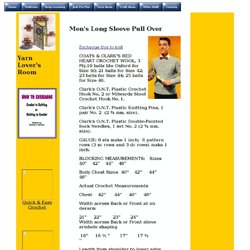 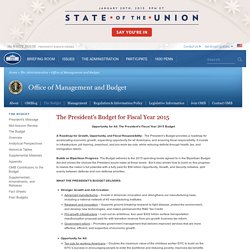 It invests in infrastructure, job training, preschool, and pro-work tax cuts, while reducing deficits through health, tax, and immigration reform. Builds on Bipartisan Progress: The Budget adheres to the 2015 spending levels agreed to in the Bipartisan Budget Act and shows the choices the President would make at those levels. But it also shows how to build on this progress to realize the nation’s full potential with a fully paid for $56 billion Opportunity, Growth, and Security Initiative, split evenly between defense and non-defense priorities. Investing in American Innovation to Create Jobs and Opportunity Building a 21st Century Infrastructure. The Magic Mushrooms Grower's Guide. Updated 11-16-2003. 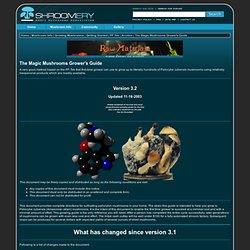 The History Major — History. I. 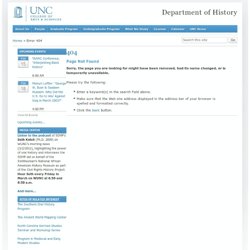