Bertrand Russell. Philosopher, mathematician, academic, and campaigner for intellectual, social and sexual freedom, and peace and disarmament, Russell was a prominent atheist. 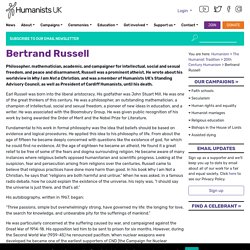 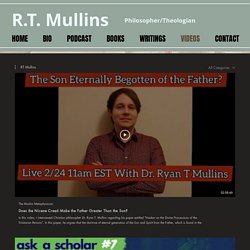 You can find Will Duffy's work on www.opentheism.org You can find RT Mullins work from his podcast to his books to his videos and articles at www.RTMullins.com If you haven't seen or heard of the reluctant theologian, that is the name of his podcast, so go check it out! The Anscombe Bioethics Centre. The Anscombe Bioethics Centre. Doktoritöö: keel ei peegelda maailma, vaid aitab saavutada praktilisi eesmärke. 10 Contemporary Philosophers to Read Today. © Michaela Pointon | The Culture Trip | Michaela Pointon Add travel ideas to a Plan and see them on a map Got it! 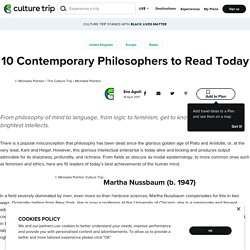 The Hobbes Game - John Immerwahr - Teaching Philosophy (Philosophy Documentation Center) Philosophy Teaching Games. Center for Philosophy for Children. Different Perspectives Game One of the important things that the study of philosophy teaches us is how to examine the world from a variety of different perspectives. 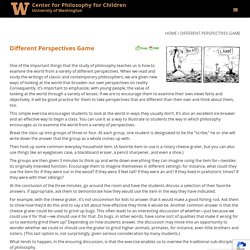 When we read and study the writings of classic and contemporary philosophers, we are given new ways of looking at the world that broaden our own perspectives on reality. Consequently, it’s important to emphasize, with young people, the value of looking at the world through a variety of lenses. If we are to encourage them to examine their own views fairly and objectively, it will be good practice for them to take perspectives that are different than their own and think about them, too. This simple exercise encourages students to look at the world in ways they usually don’t. Break the class up into groups of three or four.

Then hold up some common everyday household item. The groups are then given 3 minutes to think up and write down everything they can imagine using the item for—besides its originally intended function. Internet Encyclopedia of Philosophy. Index. 140 GREAT Philosophical Questions To Ask - IcebreakerIdeas. Philosophy is the study of, or the attempt to understand, the root nature of reality, existence, and knowledge. 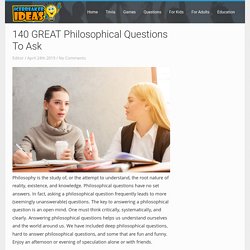 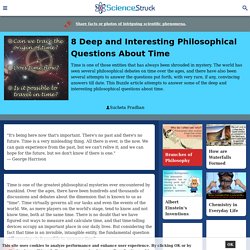 Over the ages, there have been hundreds and thousands of discussions and debates about the dimension that is known to us as "time". Time virtually governs all our tasks and even the events of the world. Suicide. 1. 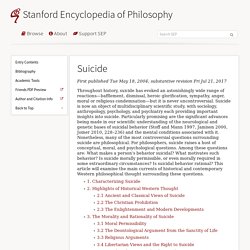 Characterizing Suicide Surprisingly, philosophical difficulties emerge when we attempt to characterize suicide precisely, and attempts to do so introduce intricate issues about how to describe and explain human action. In particular, identifying a set of necessary and sufficient conditions for suicide that fits well with our typical usage of the term is especially challenging. A further challenge is that due to suicide’s strong negative emotional or moral connotations, efforts to distinguish suicidal behavior from other behavior often clandestinely import moral judgments about the aims or moral worth of such behavior.

CHAPTER XV. HAVING now come to the end of our brief and very incomplete review of the problems of philosophy, it will be well to consider, in conclusion, what is the value of philosophy and why it ought to be studied. 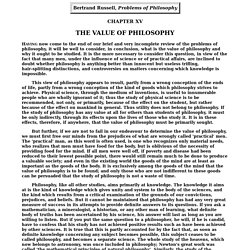 It is the more necessary to consider this question, in view of the fact that many men, under the influence of science or of practical affairs, are inclined to doubt whether philosophy is anything better than innocent but useless trifling, hair-splitting distinctions, and controversies on matters concerning which knowledge is impossible. This view of philosophy appears to result, partly from a wrong conception of the ends of life, partly from a wrong conception of the kind of goods which philosophy strives to achieve. But further, if we are not to fail in our endeavour to determine the value of philosophy, we must first free our minds from the prejudices of what are wrongly called 'practical' men. Philosophy, like all other studies, aims primarily at knowledge. Role Playing Exercises. Role playing exercises are a specific kind of group work. 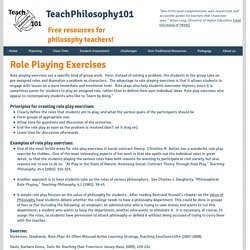 Here, instead of solving a problem, the students in the group take on pre-assigned roles and dramatize a problem as characters. The advantage to role playing exercises is that it allows students to engage with issues on a more immediate and emotional level. Role plays also help students overcome shyness, since it is sometimes easier for students to play an assigned role, rather than to defend their own individual ideas. Role play exercises also appeal to contemporary students who like to "learn by doing. " Principles for creating role play exercises: Clearly define the roles that students are to play, and what the various goals of the participants should be Form groups of appropriate size. Examples of role play exercises: One of the most fertile areas for role-play exercises is social contract theory.

Philosophy Games - The Philosophers' Magazine. Philosophy Games These games and activities are brought to you courtesy of our sister site PhilosophyExperiments.Com. Battleground God - Do your beliefs about religion and god stand up to philosophical scrutiny? Akadeemia ; 5 (266) 2011-05. AKADEEMIA nr. 5 – 2011 – AKADEEMIA. 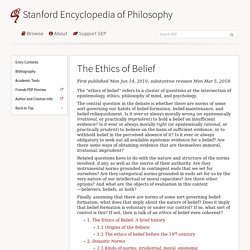 The Ethics of Belief: A brief history 1.1 Origins of the debate The locus classicus of the ethics of belief debate is, unsurprisingly, the essay that christened it. “The Ethics of Belief” was published in 1877 by Cambridge mathematician and philosopher William Kingdon Clifford, in a journal called Contemporary Review. Philosophy Experiments. Prisoners' Dilemma. Prisoners' Dilemma is a game which has been and continues to be studied by people in a variety of disciplines, ranging from biology through sociology and public policy.

On the War on Drugs, Noam Chomsky interviewed by Week Online. DRCNet, February 8, 2002 Week Online: During Sunday’s SuperBowl, the drug czar’s office ran a series of paid ads attempting to link drug use and the “war on terrorism.” If you use drugs, the ads said, you support terrorism. What is your take on this? Noam Chomsky: Terrorism is now being used and has been used pretty much the same way communism was used. If you want to press some agenda, you play the terrorism card. Noorena lapse saamise plussid ja miinused. Hoolimata su vanusest on emaks saamine elumuutev ning see käib kaasas ka mitmete katsumustega.

Where Is My Mind? Music's Most Philosophical Songs - Radio X. 21 April 2018, 08:00. GOOD AND EVIL HOMEWORK TASKS. TASK A 10 Philosophical Questions to think about in terms of discussing issues of Good and Evil Complete worksheet responding. Eesti. Algus. Test. Filosoofid. 1.