Reading Like A Historian History Curriculum. 12 Important Career Lessons Most People Learn Too Late in Life. On Flipboard. Want to Be a Successful Leader? Make This a Top Priority (Most Don't Even Bother) This Start-Up Is Revolutionizing Museums. On Flipboard. The Best and Most Unique Puzzle Games All Puzzle Wizards Must Have on their iPhone. Monument Valley Considered a puzzle game classic, Monument Valley took home arguably the two most prestigious awards in 2014 that any iOS-based game can get: Apple Game of the Year and the Apple Design Award. 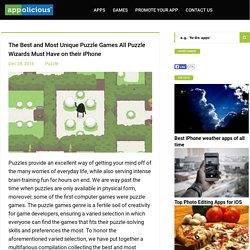 In Monument Valley, you embark on a surreal architectural puzzle adventure with the goal of guiding Ida, the silent princess, through staircase-laden monuments recalling Salvador Dalí’s mind-bending paintings while outsmarting the strange creatures known as the Crow People. Monument Valley boasts an eye-pleasingly sleek design and has enchanting sound effects, making for a near-perfect game that anyone can enjoy. Finding North America’s lost medieval city. A thousand years ago, huge pyramids and earthen mounds stood where East St. 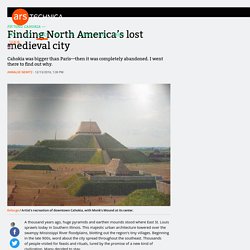 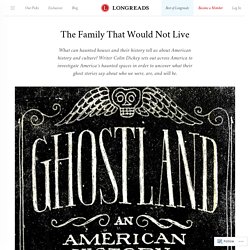 On Flipboard. Confessions of a former neo-Confederate. Baked Potato Soup Recipe. There's nothing as comforting as a big bowl of soup on a chilly night, especially one that tastes just like a baked potato! 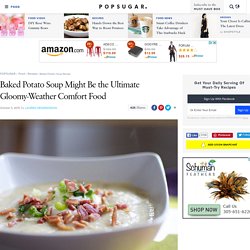 If you happened to be baking a couple potatoes for dinner already, throw a couple more in the oven so you can make this amazingly delicious soup. Once you have your potatoes baked (I find it easiest while the potatoes are baking to bake the bacon in the oven at the same time), it takes no time to put the soup together. You can blend the whole potato and the skin, but I like to cube about a quarter of the potato to add a little more texture. Top your soup with all of your favorite baked potato condiments like chives, sour cream, cheddar cheese, and bacon bits. Each bite will warm your soul. Ingredients Directions Heat the oven to 375°F. Uk.businessinsider. Flickr / Bering Land Bridge National Park Remember back in high school when you learned all those human history basics, like the fact that we share a common ancestor with the African ape or that the first Americans reached the continent by way of a grassy strip of terrain called the Bering land bridge that emerged as the ice retreated between Russia and Alaska? 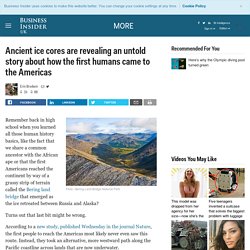 Turns out that last bit might be wrong. According to a new study, published Wednesday in the journal Nature, the first people to reach the Americas most likely never even saw this route. What You Don't Know Will Hurt You: 3 Top Skills Leaders Need To Learn Today. What An Hour Of Emotion Makes Visible. Lock Screen: At These Music Shows, Phones Go In A Pouch And Don't Come Out : All Tech Considered. Concertgoers use their cellphones during a Fifth Harmony concert March 23, 2015, in New York. 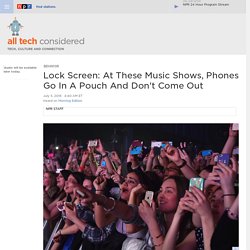 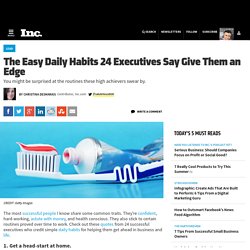 They're confident, hard-working, astute with money, and health conscious. They also stick to certain routines proved over time to work. Check out these quotes from 24 successful executives who credit simple daily habits for helping them get ahead in business and life. Starting a New Career in Midlife. Perhaps you are one of the lucky ones. 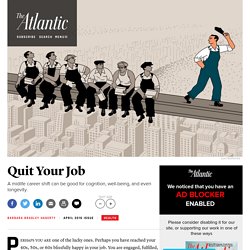 Perhaps you have reached your 40s, 50s, or 60s blissfully happy in your job. Playing Youth Sports Takes A Lot More Green Than It Used To. You could say 36-year-old Matt Ray works in paradise — on a barrier island off the Florida's southern coast. 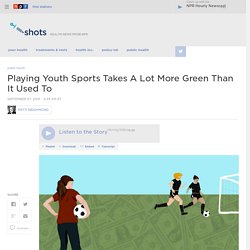 As athletic director of the Anna Maria Island Community Center, Ray is doing what he loves. "I grew up playing sports," he says. "I actually played two years of college basketball. So sports have pretty much been my entire life. " The community center where Ray works offers members the chance to join a variety of teams, including basketball, football, soccer, volleyball and kickball — "pretty much any sport an adult or child would want to play," he says.

Starting a New Career in Midlife. 10 things Apple Music users need to know. When Apple Music launched, it was immediately apparent the app wasn't as intuitive as we had come to expect from Apple, a company known for thinking through each feature down to the pixel. 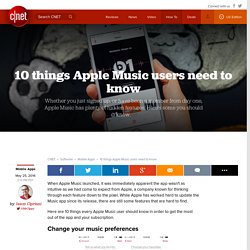 While Apple has worked hard to update the Music app since its release, there are still some features that are hard to find.