Home - The Archimedes Re-inventing the Windmill. 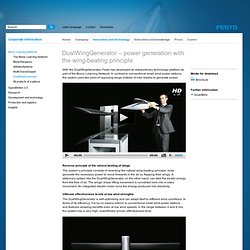 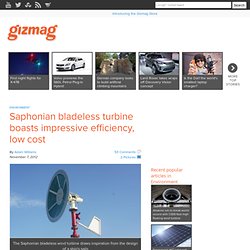 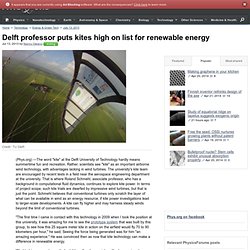 Rather, scientists see "kite" as an important airborne wind technology, with advantages lacking in wind turbines. The university's kite team are encouraged by recent tests in a field near the aerospace engineering department at the university. That is where Roland Schmehl, associate professor, who has a background in computational fluid dynamics, continues to explore kite power. 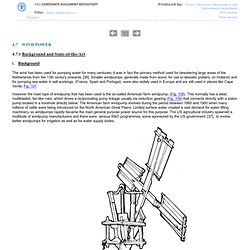 Background The wind has been used for pumping water for many centuries; it was in fact the primary method used for dewatering large areas of the Netherlands from the 13th century onwards; [36]. Smaller windpumps, generally made from wood, for use to dewater polders, (in Holland) and for pumping sea water in salt workings, (France, Spain and Portugal), were also widely used in Europe and are still used in places like Cape Verde; Fig. 107. However the main type of windpump that has been used is the so-called American farm windpump; (Fig. 108). Fig. 107 Wooden indigenous windmill pump for pumping sea water into salt pans on the Island of Sal, Cape Verde Other "new frontiers" such as Australia and Argentina took up the farm windpump, and to this day an estimated one million steel farm windpumps are in regular use [38], the largest numbers being in Australia and Argentina; [39], [40]. Fig. 108 All-steel 'American' farm wind pump ii. 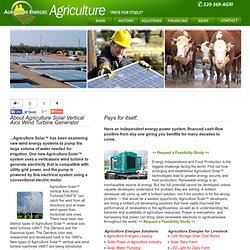 One new Agriculture Solar™ system uses a vertical­axis wind turbine to generate electricity that is compatible with utility grid power, and the pump is powered by this electrical system using a conventional electric motor. Agriculture Solar™ Vertical Axis Wind Turbines"VAWTs" can catch the wind from all directions and at lower wind speed than horizontal axis ones. There have been two distinct types of Agriculture Solar™ vertical axis wind turbines VAWT: The Darrieus and the Savonius types. The Darrieus rotor was researched and developed back in the 1980's. Schools of Fish Inspire New Wind Farms that Will Increase Energy 10X. Every now and then you come across an article and concept that makes you really smile and feel good on the inside. 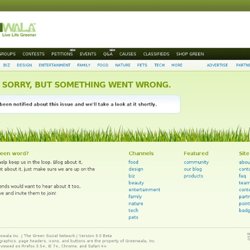 Typically they are "feel-good" stories that you see online or on the news, but today I came across this story about how scientists have designed new wind farms based on how schools of fish swim. So not only are we creating technology to help the environment but we are looking at nature for help. Dabiri.caltech.edu/publications/WhLiDa_BB10.pdf. Wind Turbine Output Boosted 30% by Breakthrough Design. Clean Power Published on April 29th, 2009 | by Timothy B. 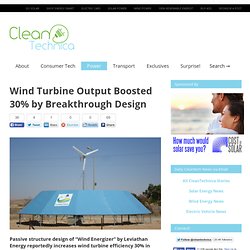 Wind power could drive the world. As the world seeks to lessen its reliance on fossil fuels like coal and natural gas, renewable energy sources like wind and solar power are being developed as alternatives. 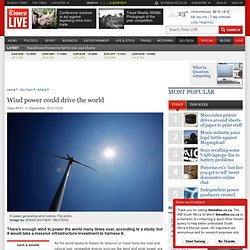 Contrary to some other recent studies, analysis of climate data in the Proceedings of the National Academy of Sciences indicates wind turbines could harness hundreds of terawatts of electricity, far more than is needed to power the globe, even when accounting for the interplay between the groupings of turbines in so-called “wind farms.” To reach that maximum potential, according to study author Mark Jacobson, it would require 1.5 billion massive windmills to be installed on and offshore. That’s far more than you would need to meet the world’s actual energy demands, the Stanford University engineer qualified, but you would still need many millions more turbines than currently exist. Jacobson envisions a very different future. “The world today produces 70 — 80 million cars every year. But experts were skeptical. London Array - Harnessing the power of offshore wind. S.Africa unveils wind atlas in renewable energy push.

South Africa on Tuesday launched its first verified wind atlas which maps out potential hotspots as a tool for wind farm developers as the coal-hungry country pushes toward renewable energy. 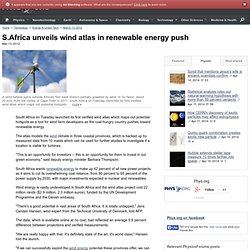 The atlas models the wind climate in three coastal provinces, which is backed up by measured data from 10 masts which can be used for further studies to investigate if a location is viable for turbines. "This is an opportunity for investors -- this is an opportunity for them to invest in our green economy," said deputy energy minister Barbara Thompson. South Africa wants renewable energy to make up 42 percent of all new power projects as it aims to cut its overwhelming coal reliance, from 90 percent to 65 percent of the power supply by 2030, with major investments expected in nuclear and renewables. SheerWind claims its INVELOX wind turbine produces 600% more power. (Phys.org) —SheerWind Inc. of Chaska, Minnesota is claiming in a press release that its newly developed funnel-based wind turbine system is capable of producing 600 percent more power than conventional wind turbines. 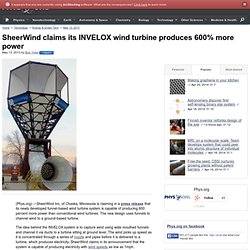 The new design uses funnels to channel wind to a ground-based turbine. The idea behind the INVELOX system is to capture wind using wide mouthed funnels and channel it via ducts to a turbine sitting at ground level. The wind picks up speed as it is concentrated through a series of nozzle and pipes before it is delivered to a turbine, which produces electricity.