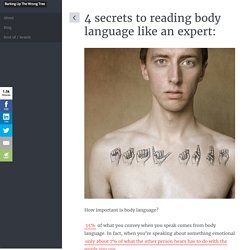 55% of what you convey when you speak comes from body language. The evidence is in: there is no language instinct. Imagine you’re a traveller in a strange land. 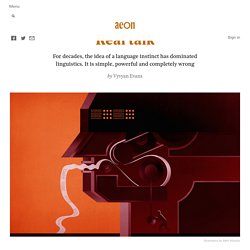 A local approaches you and starts jabbering away in an unfamiliar language. He seems earnest, and is pointing off somewhere. But you can’t decipher the words, no matter how hard you try. That’s pretty much the position of a young child when she first encounters language. What Arabic Type Reveals About How Experts See The World. What makes experts so damn good at what they do? 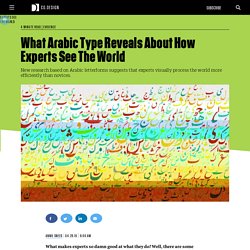 Well, there are some obvious reasons: Experts have more knowledge about their profession (or hobby) than the rest of us, whether they’re painters, car mechanics, or mechanical engineers. They’ve had loads of time to practice their trade. And, according to a new study, they may see things related to their expertise differently than novices—like, physically see them differently. How a Country’s Land Shapes Its Language. To Hawaiian speakers, vowels reign supreme. 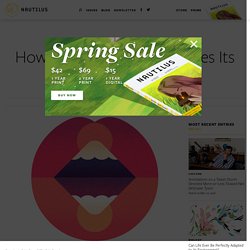 Only eight consonants exist in the language’s 13-letter alphabet, so most of its meaning is derived from oohs and aahs, ohs and eehs. Uk.businessinsider. Why It's So Hard to Design Arabic Typefaces.

Swear words, etymology, and the history of English. Have you ever noticed that many of our swear words sound very much like German ones and not at all like French ones? 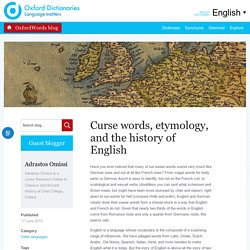 From vulgar words for body parts (a German Arsch is easy to identify, but not so the French cul), to scatological and sexual verbs (doubtless you can spot what scheissen and ficken mean, but might have been more stumped by chier and baiser), right down to our words for hell (compare Hölle and enfer), English and German clearly draw their swear words from a shared stock in a way that English and French do not. Given that nearly two thirds of the words in English come from Romance roots and only a quarter from Germanic roots, this seems odd. English is a language whose vocabulary is the composite of a surprising range of influences. We have pillaged words from Latin, Greek, Dutch, Arabic, Old Norse, Spanish, Italian, Hindi, and more besides to make English what it is today. High talk and low talk The rich man in his castle, the poor man at his gate.

Downloads - THE DARK MEANING RESEARCH INSTITUTE. The World's Most Spoken Languages And Where They Are Spoken. This beautifully illustrated infographic (above), designed by South China Morning Post’s graphics director Alberto Lucas Lopéz, shows the most spoken known languages in the world and where they’re spoken by the 6.3 billion people included in the study. 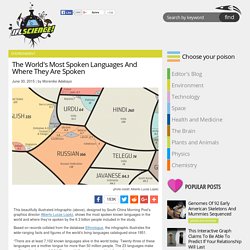 Based on records collated from the database Ethnologue, the infographic illustrates the wide-ranging facts and figures of the world’s living languages catalogued since 1951. “There are at least 7,102 known languages alive in the world today. Twenty-three of these languages are a mother tongue for more than 50 million people. The 23 languages make up the native tongue of 4.1 billion people,” says Lopez on his infographic. “We represent each language within black borders and then provide the numbers of native speakers (in millions) by country. INFOGRAPHIC: A world of languages - and how many speak them. Infographie. Les lettres les plus utilisées en Europe. Quelles sont les voyelles et les consonnes les plus utilisées dans chaque langue ? 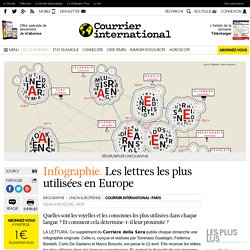 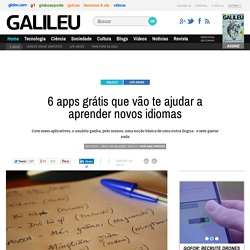 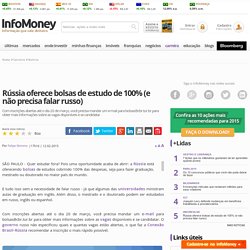 Languages Around the Globe: 5 Common Misconceptions Surrounding Endangered Languages. Many folks - even within the language enthusiast community - are still having a hard time getting behind endangered language preservation or documentation efforts. 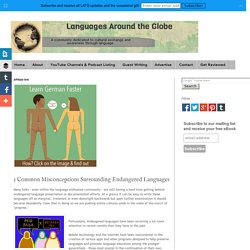 At a glance it can be easy to write these languages off as marginal, irrelevant or even downright backwards but upon further examination it should become abundantly clear that in doing so we are pushing entire cultures aside in the wake of the march of "progress. " Fortunately, endangered languages have been receiving a lot more attention in recent months than they have in the past. Mobile technology and the Internet have been instrumental in the creation of various apps and other programs designed to help preserve languages and promote language education among the younger generations - those most pivotal in the continuation of their own heritage.

Languages Around the Globe: How To Create a Simulated Language Immersion Environment. , Busuu, Babbel and the like - make claims of creating "immersive" environments for language learning. That would be all well and good if it was even remotely possible for a computer program or web browser application to immerse you in anything. To get at the root of the problem here we need to take a step back and ask ourselves what "immersion" really means in order to figure out how you can best simulate it without going overseas. To me immersion means surrounding oneself with the language and the culture that speaks it. If you were to get up and travel to Madrid, you might actually stand a chance of "immersing" yourself in Spanish.That is, assuming you actually left the hotel, avoided tourist hotspots full of other English speakers, and generally made an attempt to converse with the locals in Spanish.

Sounds like no problem (right?) The clime's speech: Data analysis supports prediction that human language is influenced by environmental factors. (Phys.org)—Human speech is not typically thought to adapt to the environment, and a standard assumption in linguistics is that sound systems are in fact immune to ecological effects. Recently, however, scientists at University of Miami and several Max Planck Institutes in Germany and The Netherlands have, in a single study, predicted that complex tone patterns should not evolve in arid climates by reviewing laryngology data on the negative effects of aridity on vocal cord movement, and – by analyzing climatic and phonological data on over 3,700 languages – found support for their prediction. Specifically, the researchers identified a negative correlation between linguistic tone and characteristic rates of desiccation in ambient air. This beautiful language tree shows how India is as linguistically diverse as Europe.

(Courtesy of Minna Sundberg) An intricate chart drawn by Finnish-Swedish graphic artist Minna Sundberg traces the common roots of the tongues spoken by a vast swath of humanity. The myriad "Indo-European" languages all share a common ancestor, though historians debate who that is. Some say the language group emerged from the steppes north of the Black Sea 4,000 years ago with the migrations of chariot-driving nomads; others argue it dates further back -- some 9,000 years -- to early farmers living in what's now Turkey. As 17 principais certificações que provam domínio de idiomas. São Paulo – Muitas vezes não basta ter o idioma na ponta da língua. Abu taubah, learn arabic, the fiks, memorize quran, Observatório das línguas na sociedade do conhecimento. Johnson: Language networks: When bigger isn't better. HOW would you rank “important” languages? If asked to rattle them off, many people start with English, but after that are reluctant to go further.

Important how, they ask. One approach would be to look at people and money: surely a language is important if it is spoken by lots of people, in countries with great wealth (and presumably, therefore, power). Influência de uma língua mede-se pela capacidade de ligar línguas distantes. New Study Reveals Most Influential Languages. What makes a language important on a global scale? This Animated Map Shows How European Languages Evolved. Log In Enter Details Forgotten password? Join Comment on stories, receive email newsletters & alerts. This is your permanent identity for Gizmodo, Kotaku, Lifehacker and Business Insider Australia Your email must be valid for account activation Minimum of 8 standard keyboard characters Subscribe Email newsletters but will contain a brief summary of our top stories and news alerts.

Related:  Arcane Languages, Alphabets, And Fonts   -  Videos & Movies for ELT   -  Estudo da língua   -  Etymology and Language   -  Language   -  INFOGRAPHIC: A world of languages - and how many speak them   -  BBC Languages – Free online lessons to learn and study with   -  Education   -  Enterprise