John Todd the Illuminati and witchcraft, his talk in text and audio MP3 format. Image created during the Cold War! 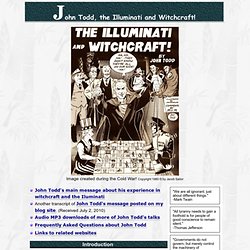 Copyright 1980 © by Jacob Sailor "We are all ignorant; just about different things. " -Mark Twain "All tyranny needs to gain a foothold is for people of good conscience to remain silent. " -Thomas Jefferson "Governments do not govern, but merely control the machinery of government, being themselves controlled by the hidden hand. " - Benjamin Disraeli There is no such thing in America as an independent press. "If we understand the mechanism and motives of the group mind, it is now possible to control and regiment the masses according to our will without their knowing it.

" -- Edward L. "We must now face the harsh truth that the objectives of communism are being steadily advanced because many of us do not recognize the means used to advance them. ... "A holy war will now begin on America, and when it is ended America will be supposedly the citadel of freedom, but her millions will unknowingly be loyal subjects to the Crown. "I am a most unhappy man. Illumination: the Secret Religion - How to Become God. Who Were the Nephilim? Freemasons and Masonry Blog - The Egyptian Masonic Satanic Connection. It probably all started with the women's movement, which gave society the message that victims of oppression need not be silent. 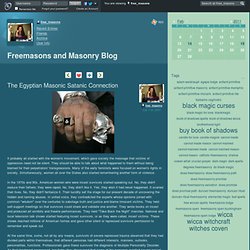 They should be able to talk about what happened to them without being blamed for their perpetrators' transgressions. Many of the early feminists were focused on women's rights in society. Simultaneously, women all over the States also started remembering another form of violence. In the 1970s and 80s, American women who were incest survivors started speaking out. No, they didn't seduce their fathers; they were raped. At the same time, some, not all by any means, survivors of severe repressed trauma observed that they had divided parts within themselves, that different personas had different interests, manners, outlooks, personalities, functions. As time went on, though this all happened very fast, some survivors remembered fathers and mothers raping and violating them, their brothers and sisters. 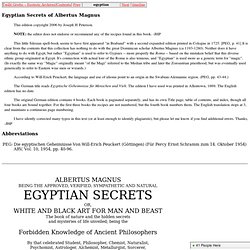 NOTE: the editor does not endorse or recommend any of the recipes found in this book. How to survive. - thedeerskinner. survival is in the mind. Skinning a deer Warning. if you are a vegetarian skip this video as it is very graphic and you wont need to learn this. the removal of the offal. 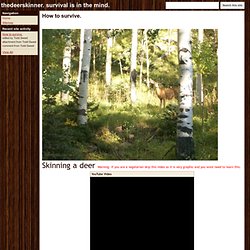 Basic survival skills based on my experience camping and backpacking in the western U.S.A. click on most of my photos to get a larger picture, these were taken by friends and I in the west and in my home state of Kansas, and some were taken off of the internet. I hope that this can help someone if they every get into a survival situation. remember the best thing you can do in any situation is stay cool, calm and collected.never get in a hurry, take your time, if you hurt yourself it can only slow you down, and never give up hope. if you wish to contact me click here. The five rules of survival. #1 Water. #2 Food. #3 Shelter #4 Warmth. #5 protection. any other additions to the rules are classified as luxurys, oak creek Az. The next thing you will need after water is FOOD. bow hunter in winter rainbow trout. Bob on myspace with 2 bass. The Underground - A Hidden Reality and The True Story of Phil Schneider.mp4. John Todd, Satanism and the Illuminati. In the fall of 1978, John Todd spoke at the Elkton Maryland Baptist Church when Dr. 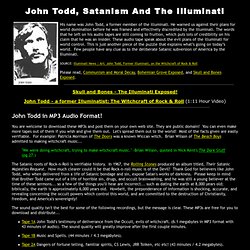 Berry was pastor. Here are the transcripts of the meeting: ONE THING I'D LIKE TO SAY BEFORE I GET STARTED, it never seems to fail that when I'm done a few of my brothers and sisters in the Lord have fear in their hearts. There is no reason to have fear in your heart. It seems like every time we talk about the Enemy, Christians become afraid rather than stirred up and fighting mad! THERE IS NOTHING TO BE AFRAID OF WHEN IT COMES TO THE DEVIL; HE WAS DEFEATED 2,000 YEARS AGO! AS BROTHER BERRY PREACHED THIS MORNING ON THE DEVIL BLINDING GOD'S PEOPLE'S EYES and THE WORLD'S EYES, take it for a fact, he can do it! THERE WERE MANY THINGS THAT I LEARNED IN WITCHCRAFT, I'm not going to tell you what they were, but there were many things that I learned and many things that I taught as a standard teaching in Witchcraft. WE WENT TO ST. *AGE OF DECEIT* (FULL) Fallen Angels and the New World Order.

The Jesuit, Illuminati, Knights of Columbus and Masonic Oaths. "When a Jesuit of the minor rank is to be elevated to command, he is conducted into the Chapel of the Convent of the Order, where there are only three others present, the principal or Superior standing in front of the altar. 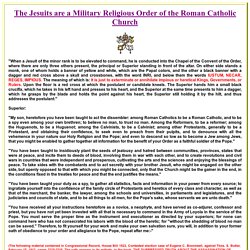