BBC Sounds - You're Dead To Me - Available Episodes. Art Podcasts - Google Drive. Unboxing the cannon. “Unboxing the Canon” takes a closer look at the history of Western art. 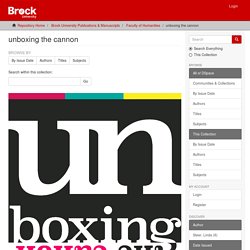 We might be seduced by the pretty packaging, such as soft brush strokes, brilliant colors, grand gestures, expert carving, even traditional iconography. But what happens when we take a deeper look? When we open the packaging and see what might have been invisible, or what is a cultural blind spot? Textbook Options : Fal20_ART-103_21736 Art History - Renaissance. Architecture talk. The objective of the GAHTC podcasts is to introduce various modules within the GAHTC. 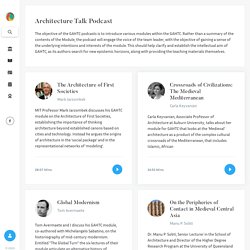 Rather than a summary of the contents of the Module, the podcast will engage the voice of the team leader, with the objective of gaining a sense of the underlying intentions and interests of the module. This should help clarify and establish the intellectual aim of GAHTC, as its authors search for new epistemic horizons, along with providing the teaching materials themselves. BBC iPlayer - Art on the BBC - Series 1: 2. The Many Faces of Picasso. Twitter. Katy Hessel. Presented by art historian and curator, Katy Hessel, The Great Women Artists Podcast interviews artists on their career, or curators, writers, or general art lovers, on the female artist who means the most to them. 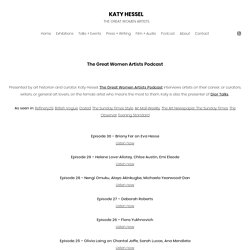 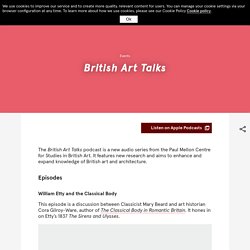 It features new research and aims to enhance and expand knowledge of British art and architecture. William Etty and the Classical Body This episode is a discussion between Classicist Mary Beard and art historian Cora Gilroy-Ware, author of The Classical Body in Romantic Britain. It hones in on Etty’s 1837 The Sirens and Ulysses. “What will survive of us is love”: Memory and Emotion in Late-Medieval England Jessica Barker explores ‘expressivity’ in late-medieval sculpture.

Ooh. Look what’s just appeared on Spotify. (More on this soon...)… In a new MoMA audio guide, security guards are the art experts. Kevin Reid typically spends eight hours per day in uniform, five days per week, standing in the galleries at the Museum of Modern Art in New York City, keeping watch over the art. 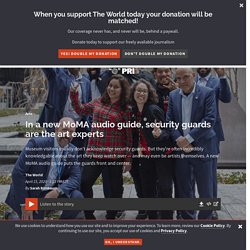 Sometimes people ask him where to find the bathroom. But more often, they barely acknowledge him. It’s part of being a security guard, he said. “Most people just come in here, ask us a question and just go,” he said. “You feel invisible.” Visitors may not consider how those guards are often incredibly knowledgable about the art — and may even be artists themselves. It's time to get creative with this list of 20 awesome ART podcasts! ❤️ The Guilty Feminist – The comedy podcast hosted by Deborah Frances-White. No. 180: Luisa Elena Alcala, Ilona Katzew – The Modern Art Notes Podcast. Episode No. 180 of The Modern Art Notes Podcast spotlights Spanish colonial painting with historian Luisa Elena Alcala and curator Ilona Katzew. 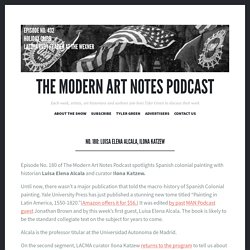 Until now, there wasn’t a major publication that told the macro-history of Spanish Colonial painting. Yale University Press has just published a stunning new tome titled “Painting in Latin America, 1550-1820.” (Amazon offers it for $56.) It was edited by past MAN Podcast guest Jonathan Brown and by this week’s first guest, Luisa Elena Alcala. Art Podcasts — Accession. Art Podcasts — Accession. No. 296: ‘Paint the Revolution,’ Andrea Chung – The Modern Art Notes Podcast. 2019 Podcast Favorites. Visually speaking: 14 podcasts that draw out the history of art. If writing about music is like dancing about architecture, where does that leave talking about visual art? 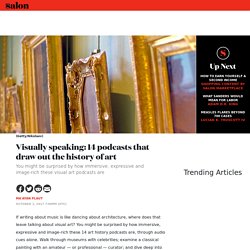 You might be surprised by how immersive, expressive and image-rich these 14 art history podcasts are, through audio cues alone. Walk through museums with celebrities; examine a classical painting with an amateur — or professional — curator; and dive deep into the cultural milieu and influences that shaped an artist’s output. You’ll be sure to gain layers of perspective, depth and dimension. 1.

“The Lonely Palette” Host Tamar Avishai approaches each episode by first asking visitors to Boston’s Museum of Fine Arts to describe a particular piece, then dives into the history and context surrounding that object. 2. "Broad City" co-creator and star Abbi Jacobson makes modern and contemporary art approachable, between her conversations with curators and a roster of special guests. 3. Episodes & Images.

I've always thought that the expansion of 19th century London must have been a real sight to behold. 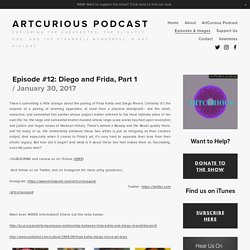 It was increasing by leaps and bounds, becoming, by the mid-point of the century, the largest city in the world. London in the 19th century had political and religious freedoms, making it a stable alternative to many other countries in the world and it was flooded with immigrants. Its economy was robust, and London’s positioning as a port city only served to enhance its commitment to industries like trade, shipping, and fishing. As such, London became the place, along with America, for people the world over to begin their fresh starts. But that isn't to say that 19th century London was all roses. Much was made of the so-called “criminal classes” at this time. Or are we? The Art History Babes. Just added the Art Matters podcast from @artukdotorg to my page "Every Museum Podcast in One Big List." (Am I missing any? Let me know)

Art Podcasts — Accession. The History of Egypt Podcast – The story of Egypt…from Creation to the Fall of Rome. » Recent Lectures: Nov. 5, 2017–April 5, 2018. Home to gorgeous gardens, spectacular art, and stunning rare books and manuscripts, The Huntington also offers an impressive slate of lectures and conferences on topics and themes related to its collections. 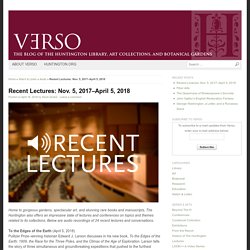 Below are audio recordings of 24 recent lectures and conversations. To the Edges of the Earth (April 5, 2018) Pulitzer Prize–winning historian Edward J. Art History For All – Dedicated to making art accessible. Top podcast episodes and recommended resources in 2017. Best Student Podcasts - Women & Power in the Ancient World (Winter 2018) — Kara Cooney Egyptologist. To Be A Woman in Religion By Chiara Noppenberger In today’s American society, more and more activist groups are battling gender inequality. 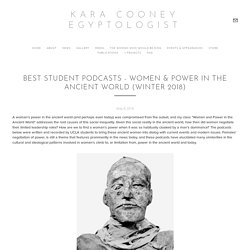 We see it in media, with celebrities wearing black at the Golden Globes in solidarity for the “Time’s Up” and “Me Too” Movement. HENI Talks - Talks. BBC Radio - The Civilisations Podcast, Episode 2: Mary Beard, David Attenborough and Janina Ramirez. Podcasts – The British Museum Blog.