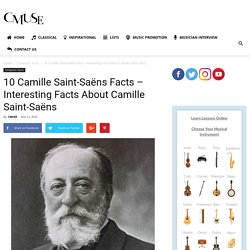 He is also often referred to as the greatest organist that the world has ever seen. Although he is said to be unrivaled on the organ, he was also similarly unequaled on the piano. His talents knew no bounds and he was quite advanced for his time period. Case in point, he managed to become the first early born pianist to ever record his work. 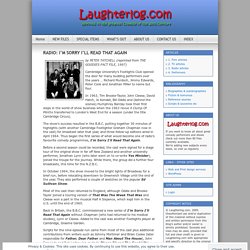 In 1963, Tim Brooke-Taylor, John Cleese, David Hatch, Jo Kendall, Bill Oddie and (behind the scenes) Humphrey Barclay took their first steps in the world of show business when the 1963 revue A Clump Of Plinths transferred to London’s West End for a season (under the title Cambridge Circus). The show’s success resulted in the B.B.C. putting together 30 minutes of highlights (with another Cambridge Footlighter Graham Chapman now in the cast) for broadcast later that year, and three follow-up editions aired in April 1964.

Thus began the first series of what would become one of radio’s favourite comedy programmes, I’m Sorry I’ll Read That Again. How to Add Websites to the Home Screen on Any Smartphone or Tablet. Your smartphone or tablet’s home screen isn’t just for apps. 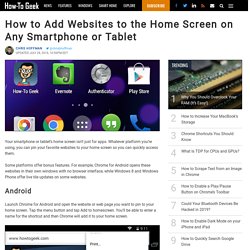 Whatever platform you’re using, you can pin your favorite websites to your home screen so you can quickly access them. Some platforms offer bonus features. For example, Chrome for Android opens these websites in their own windows with no browser interface, while Windows 8 and Windows Phone offer live tile updates on some websites. Android Launch Chrome for Android and open the website or web page you want to pin to your home screen. The icon will appear on your home screen like any other app shortcut or widget, so you can drag it around and put it wherever you like. Other popular Android browsers also offer this feature. iPhone, iPad, & iPod Touch Launch the Safari browser on Apple’s iOS and navigate to the website or web page you want to add to your home screen. You’ll be prompted to name the shortcut before tapping the Add button. 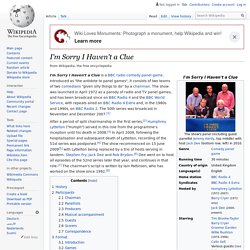 Introduced as "the antidote to panel games", it consists of two teams of two comedians "given silly things to do" by a chairman. The show was launched in April 1972 as a parody of radio and TV panel games, and has been broadcast since on BBC Radio 4 and the BBC World Service, with repeats aired on BBC Radio 4 Extra and, in the 1980s and 1990s, on BBC Radio 2. The 50th series was broadcast in November and December 2007.[1] History[edit] The hidden math behind Alice in Wonderland. March 2010 Like James Cameron's recent blockbuster movie Avatar, Tim Burton's Alice in Wonderland, released this month, is in 3D. 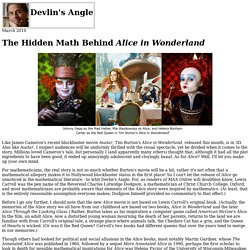 Also like Avatar, I suspect audiences will be uniformly thrilled with the visual spectacle, yet be divided when it comes to the story. Night, night Horror Fam...… Brexit: Your simple guide to the UK leaving the EU. Image copyright AFP Feeling a little lost on Brexit? 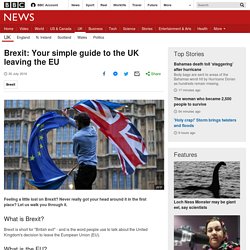 Never really got your head around it in the first place? Let us walk you through it. 12 things you don’t see in Leeds city centre anymore that you could a decade ago. PoemHunter.com: Poems - Quotes - Poetry. The Waste Land by T. S. Eliot. HOME.