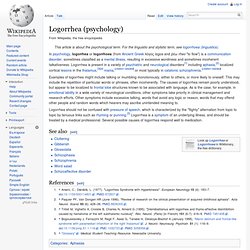 Logorrhea is present in a variety of psychiatric and neurological disorders[1] including aphasia,[2] localized cortical lesions in the thalamus,[3][4] mania,[citation needed] or most typically in catatonic schizophrenia. [citation needed] Examples of logorrhea might include talking or mumbling monotonously, either to others, or more likely to oneself. This may include the repetition of particular words or phrases, often incoherently. The causes of logorrhea remain poorly understood, but appear to be localized to frontal lobe structures known to be associated with language. Why talent is overrated - Oct. 21, 2008. (Fortune Magazine) -- It is mid-1978, and we are inside the giant Procter & Gamble headquarters in Cincinnati, looking into a cubicle shared by a pair of 22-year-old men, fresh out of college. 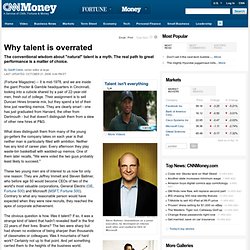 Their assignment is to sell Duncan Hines brownie mix, but they spend a lot of their time just rewriting memos. They are clearly smart - one has just graduated from Harvard, the other from Dartmouth - but that doesn't distinguish them from a slew of other new hires at P&G. What does distinguish them from many of the young go-getters the company takes on each year is that neither man is particularly filled with ambition. Neither has any kind of career plan. 300 Free eBooks: Download Great Classics for Free. Download 800 free eBooks to your Kindle, iPad/iPhone, computer, smart phone or ereader. 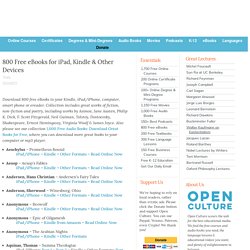 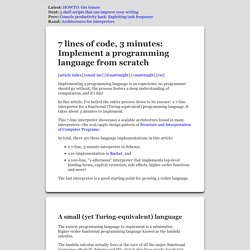 The lambda calculus actually lives at the core of all the major functional languages--Haskell, Scheme and ML--but it also lives inside JavaScript, Python and Ruby. It's even hiding inside Java, if you know where to find it. A brief history. 91 Ways to become the Coolest Developer in the World « Pulkit Arora. Living and Working Abroad. Stories Your Grampa Wouldn't Tell You. A map of the Tricki. This is an attempt to give a quick guide to the top few levels of the Tricki. 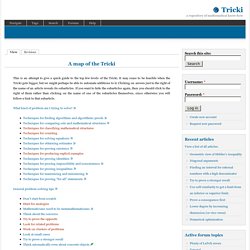 It may cease to be feasible when the Tricki gets bigger, but we might perhaps be able to automate additions to it. Clicking on arrows just to the right of the name of an article reveals its subarticles. If you want to hide the subarticles again, then you should click to the right of them rather than clicking on the name of one of the subarticles themselves, since otherwise you will follow a link to that subarticle. What kind of problem am I trying to solve? General problem-solving tips Front pages for different areas of mathematics. White Rose Society. 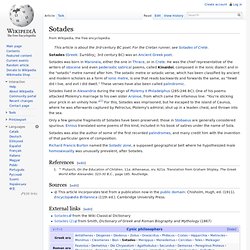 Sotades was born in Maroneia, either the one in Thrace, or in Crete. He was the chief representative of the writers of obscene and even pederastic satirical poems, called Kinaidoi, composed in the Ionic dialect and in the "sotadic" metre named after him. Public timeline. DIASPORA* ALPHA. The Year That Was. Augmented Reality with #Processing - Tutorial by Amnon Owed. All of the visuals in the above video were created using NyArtoolkit for Processing. 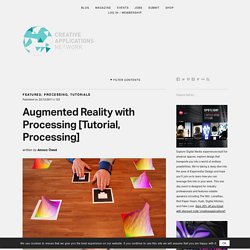 NyARToolkit is an augmented reality toolkit built with 100% pure Java. It is derived from ARToolkit-2.72.1. Like Processing itself it’s open source and free! 10 Images That Changed the Course of Science (And One That Is About To) To understand this you need to understand quantum theory a little better. It's not that orbitals invalidated the stick-and-ball models of chemistry at all. If anything orbitals explained to us why the bonds are arranged as they are in stick-and-ball models. Prior to quantum theory, we only knew the geometry and patterns of those bonds by experiment. Prior to quantum theory, chemistry had no general theory to explain why atomic bonds are shaped as experiment revealed them to be. Home » www.scratchapixel.com. Hover - domain name and email management made simple. Sneak—Snack—Snuck. On Windows FAQ — Python v2.7.2 documentation. How do I run a Python program under Windows? 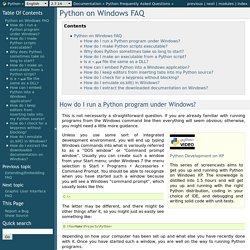 This is not necessarily a straightforward question. If you are already familiar with running programs from the Windows command line then everything will seem obvious; otherwise, you might need a little more guidance. Unless you use some sort of integrated development environment, you will end up typing Windows commands into what is variously referred to as a “DOS window” or “Command prompt window”. Usually you can create such a window from your Start menu; under Windows 7 the menu selection is . You should be able to recognize when you have started such a window because you will see a Windows “command prompt”, which usually looks like this:

Lua vs. Python as embedded scripting languages. Reinventing Business: The Successor to Facebook. Facebook's business model is based on violating trust. 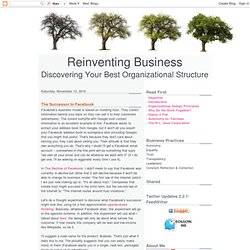 They collect information behind your back so they can sell it to their customers (advertisers). 6 Books Every Programmer Should Own. I’ve seen many lists about the best programming books and I am sure there are a lot of books that are specific to a programming knowledge or technology – that I have not included in my list. 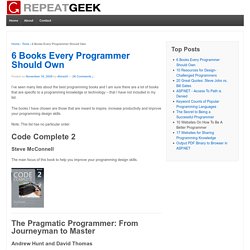 The books I have chosen are those that are meant to inspire, increase productivity and improve your programming design skills. Note: This list has no particular order. Code Complete 2. Computer Science, Robotics, Electronics, etc. Foodstuff.