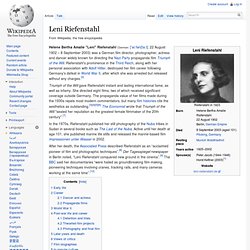 Riefenstahl’s prominence in the Third Reich, along with her personal association with Adolf Hitler, destroyed her film career following Germany's defeat in World War II, after which she was arrested but released without any charges.[2] Triumph of the Will gave Riefenstahl instant and lasting international fame, as well as infamy. She directed eight films, two of which received significant coverage outside Germany. The propaganda value of her films made during the 1930s repels most modern commentators, but many film histories cite the aesthetics as outstanding.[3][4][5][6] The Economist wrote that Triumph of the Will "sealed her reputation as the greatest female filmmaker of the 20th century".[7] Early life[edit] Career[edit] World Press Photo of the year awarded to Samuel Aranda. Samuel Aranda for The New York Times via Reuters A woman holding a wounded relative during protests in Sanaa, Yemen, on October 15, 2011. 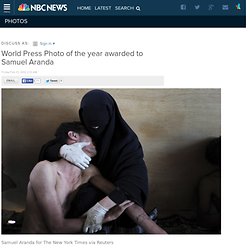 By David R Arnott, NBC News The international jury of the 55th annual World Press Photo Contest announced Friday that it had selected a picture by Samuel Aranda as the World Press Photo of the Year 2011. Samuel Aranda / EPA, file An undated self portrait by photographer Samuel Aranda. Jurors said the photo of a veiled woman holding a wounded relative in her arms after a demonstration in Yemen captured multiple facets of the "Arab Spring" uprisings across the Middle last year. Jesse Moynihan. Pigment Bombs and Photography by Diver and Aguilar. Diver & Aguilar is a photographic duo in London, composed of photographer Mike Diver and retouch artist Pedro Aguilar. 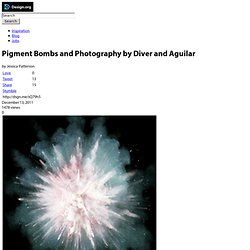 Their work features a collection of high-end clients and fine art photography for clients such as GQ, Nike, Audi, The Financial Times and Graff Diamonds. For this absolutely beautiful / amazing (amazeful?) Series of photos, they used a high speed flash and special effects triggers to freeze a moment in time that makes you wish that you were there to witness it. Though I'm sure the real thing couldn't live up to these perfectly sculpted images. 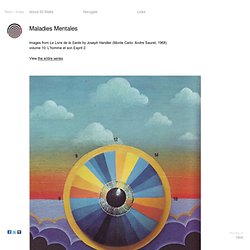 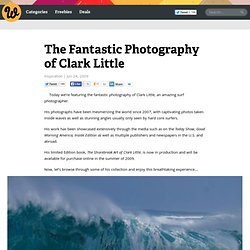 His photographs have been mesmerizing the world since 2007, with captivating photos taken inside waves as well as stunning angles usually only seen by hard core surfers. His work has been showcased extensively through the media such as on the Today Show, Good Morning America, Inside Edition as well as multiple publishers and newspapers in the U.S. and abroad. His limited Edition book, The Shorebreak Art of Clark Little, is now in production and will be available for purchase online in the summer of 2009. Now, let’s browse through some of his collection and enjoy this breathtaking experience… You can find out more about Clark at his website ClarkLittlePhotography.com Clark travels the world presenting his photographs on the big screen.

Alphonse Mucha - Posters and designs. First Light by *SoberDreamer on deviantART. One man, 100,000 toothpicks, and 35 years: An incredible kinetic sculpture of San Francisco. Thirty five years ago I had yet to be born, but artist Scott Weaver had already begun work on this insanely complex kinetic sculpture, Rolling through the Bay, that he continues to modify and expand even today. 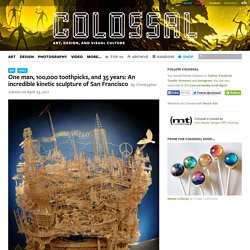 The elaborate sculpture is comprised of multiple “tours” that move pingpong balls through neighborhoods, historical locations, and iconic symbols of San Francisco, all recreated with a little glue, some toothpicks, and an incredible amount of ingenuity. He admits in the video that there are several toothpick sculptures even larger than his, but none has the unique kinetic components he’s constructed. Via his website Weaver estimates he’s spent over 3,000 hours on the project, and the toothpicks have been sourced from around the world: I have used different brands of toothpicks depending on what I am building. I also have many friends and family members that collect toothpicks in their travels for me. Hive Plots - Linear Layout for Network Visualization - Visually Interpreting Network Structure and Content Made Possible. Girih Extended. Girih Extended.