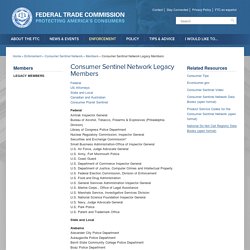 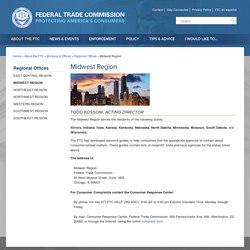 The FTC has developed resource guides to help consumers find the appropriate agencies to contact about consumer-related matters. These guides contain lists of nonprofit, state and local agencies for the states listed above. The address is: Midwest Region. FTC to Challenge BP Amoco/ARCO Merger Alleging that Deal Would Raise Prices for Crude Oil Used to Produce Gasoline and Other Petroleum Products. The Federal Trade Commission today announced it will seek a preliminary injunction in federal District Court to prevent the merger of BP Amoco p.l.c. and Atlantic Richfield Company (ARCO). 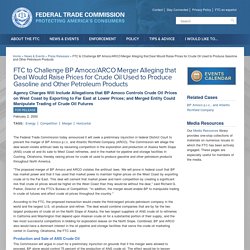 The Commission will allege the deal would violate antitrust laws by lessening competition in the exploration and production of Alaska North Slope (ANS) crude oil and its sale to West Coast refineries, and in the market for pipeline and storage facilities in Cushing, Oklahoma, thereby raising prices for crude oil used to produce gasoline and other petroleum products throughout North America. "The proposed merger of BP Amoco and ARCO violates the antitrust laws. We will prove in federal court that BP has market power and that it has used that market power to maintain higher prices on the West Coast by exporting crude oil to the Far East. According to the FTC, the proposed transaction would create the third-largest private petroleum company in the world and the largest U.S. oil producer and refiner. The Relationship Between Industrial Sales Prices and Concentration of Interstate Natural Gas Pipelines.