Was Adam Schiff running a spy operation against the White House? Seems every day brings a new revelation about Democratic efforts to rig an impeachment of the president. 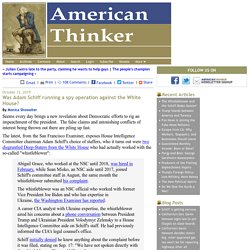 The false claims and astonishing conflicts of interest being thrown out there are piling up fast. The latest, from the San Francisco Examiner, exposes House Intelligence Committee chairman Adam Schiff's choice of staffers, who it turns out were two disgruntled Deep-Staters from the White House who had actually worked with the so-called "whistleblower": Abigail Grace, who worked at the NSC until 2018, was hired in February, while Sean Misko, an NSC aide until 2017, joined Schiff's committee staff in August, the same month the whistleblower submitted his complaint. The whistleblower was an NSC official who worked with former Vice President Joe Biden and who has expertise in Ukraine, the Washington Examiner has reported. NPR Choice page. Daniel C. Richman: 5 Fast Facts You Need to Know. Daniel C. 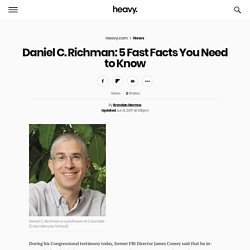 Richman is a professor at Columbia. (Columbia Law School) During his Congressional testimony today, former FBI Director James Comey said that he instructed a friend to leak a memo to a reporter in order to prompt a special counsel appointment. N.S.A. Gets More Latitude to Share Intercepted Communications. WASHINGTON — In its final days, the Obama administration has expanded the power of the National Security Agency to share globally intercepted personal communications with the government’s 16 other intelligence agencies before applying privacy protections. 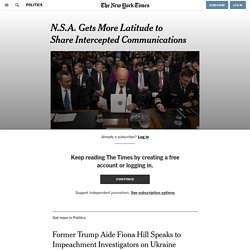 The new rules significantly relax longstanding limits on what the N.S.A. may do with the information gathered by its most powerful surveillance operations, which are largely unregulated by American wiretapping laws. These include collecting satellite transmissions, phone calls and emails that cross network switches abroad, and messages between people abroad that cross domestic network switches. The change means that far more officials will be searching through raw data. : An unexpected error has occurred. BREAKING: Nancy Pelosi's Son Was Exec At Gas Company That Did Business In Ukraine - National File. House Speaker Nancy Pelosi’s son Paul Pelosi Jr. visited Ukraine in 2017 to meet with government officials in connection to a business initiative. 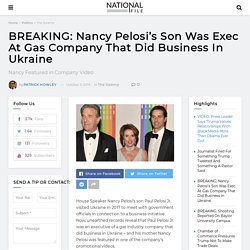 Now, unearthed records reveal that Paul Pelosi Jr. was an executive of a gas industry company that did business in Ukraine – and his mother Nancy Pelosi was featured in one of the company’s promotional videos. Journalist Patrick Howley broke the story Thursday: Paul Pelosi Jr. travelled to Kiev, Ukraine in July 2017 in his capacity as executive director of the Corporate Governance Initiative, a position that he accepted months earlier in February 2017. Jason Chaffetz: John Brennan 'Frightened to Death' Over Origin Of Russia Probe. On 4th October 2019 @ 6.00pm © press Jason Chaffetz weighed in on former CIA Director John Brennan's "concern" over Attorney General William Barr's investigation into the Russia investigation origins. 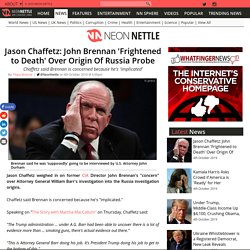 Chaffetz said Brennan is concerned because he's "implicated. " Speaking on "The Story with Martha MacCallum" on Thursday, Chaffetz said: "The Trump administration ... under A.G. WashPost Slaps Adam Schiff with 4 Pinocchios for ‘Flat-Out False' Claim. According to the New York Times, the officer, who is reportedly a registered Democrat, initially directed a colleague to discuss his claims with the CIA’s top lawyer. 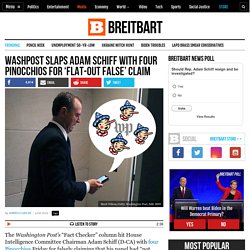 Shortly after, the Deep Stater contacted a House Intelligence Committee aide to discuss the Trump-Zelensky call in which the world leaders discussed U.S. military aid and the business dealings of Hunter Biden, the son of former Vice President and 2020 White House candidate Joe Biden. Tlaib: Democrats Exploring Ways to Arrest Trump Cabinet Members. Speaking to her constituents at a town hall in her hometown of Detriot, Tlaib said Democrats are puzzled about how to arrest Cabinet secretaries, telling voters in a video captured by America Rising PAC that they could be taken into custody if Congress votes to hold them in contempt. 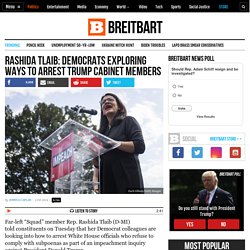 “This is the first time we’ve ever had a situation like this,” said Tlaib. “So they’re trying to figure out, no joke, is it the D.C. police that goes and gets them? We don’t know. Where do we hold them?” House Democrats are in “uncharted territory” and “trying to tread carefully,” the Michigan Democrat went on. Letter from Top Australian Official Emerges, Refuting NYT Allegations Against Trump. On 2nd October 2019 @ 1.00am © press A letter from a top Australian official has emerged which refutes allegations made against President Donald Trump in a recent New York Times report. 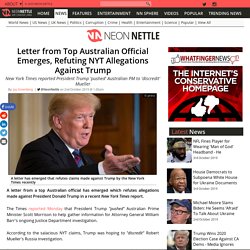 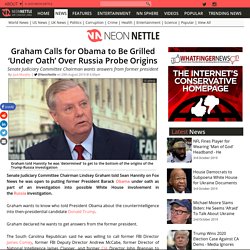 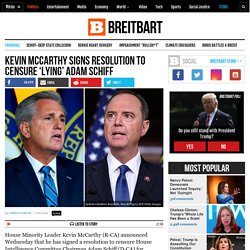 Now he is so desperate to damage the president that he literally made up a false version of a phone call,” McCarthy wrote on Twitter. “Enough is enough. Holder says Barr is 'paying a price' for spearheading Russia probe misconduct investigation. Former Attorney General Eric Holder told Fox News on Tuesday that current Attorney General Bill Barr "is paying a price" and sacrificing his credibility by spearheading U.S. Attorney John Durham's ongoing probe into possible misconduct by the intelligence community at the outset of the Russia investigation. Holder also remarked separately that it was a "reality" that Republicans will "cheat" in the 2020 elections by trying to "move polling places" and "a whole variety of things" -- prompting Republicans to dismiss his "outlandish and baseless accusations.

" Holder's comments came a day after The New York Times reported that President Trump had privately pressed Australia's leader to help Barr in that probe. However, a letter obtained by Fox News showed that Australia had proactively reached out to Trump in May to offer assistance after Trump publicly told reporters he would direct Barr to contact a variety of countries as part of the probe. Lindsey Graham: Senate Hearings Coming with Inspector General Soon. “The Horowitz report is coming soon,” Graham said Monday evening when reached by phone. “The focus of the Judiciary Committee will hear testimony from him, and follow whatever leads the report gives us about the FISA warrant and the counterintelligence investigation.

So my number one goal is to hear from Horowitz and make a record of how the system got off the rails regarding the counterintelligence investigation and the FISA warrant.” Graham said he expects Horowitz’s report to come “in a couple of weeks,” and his Judiciary Committee will be holding a hearing with the Inspector General as soon as that comes out. “I would expect that we start with him, and see where it takes us,” Graham said of Horowitz’s expected report and forthcoming testimony. ERICKSON: Let The Games Begin. HAMMER: The ‘Deep State’ Is Very, Very Real. CIA Paid $600 Million To WaPo To Publish Trump Disinformation. Washington Post owner, Jeff Bezos, was awarded a $600 million federal contract by the Obama administration to publish disinformation about Donald Trump. The Amazon founder was tasked with undermining the new President via ‘leaked’ CIA documents given to him when he first took over at WaPo. Conservativedailypost.com reports: Much worse and even more suspicious is the majority of the people have not been informed that Bezos landed a $600 million federal contract and by who?

The CIA. (690) A Brief History of Government Control of the Mainstream Media (Evidence & Examples) Jeff Bezos Is Doing Huge Business with the CIA, While Keeping His Washington Post Readers in the Dark. These 6 Corporations Control 90% Of The Media In America. Here Are 4 Ways the Left Is Grabbing Power in America.

The left is setting aside constitutional norms in a ruthless power grab according to a recently retired Congressman. Former Rep. BREAKING REPORT: GENERAL FLYNN VS. THE DEEP STATE – Dr. Dave Janda. Brennan and Clapper transformed “THE HAMMER,” from a powerful, legal foreign surveillance tool, where it was being utilized to keep America safe after 9/11, into an even more powerful yet draconian tool for illegal domestic surveillance. “John Brennan was there from the beginning,” Montgomery states. “THE HAMMER,” in Reno, Nevada, was “off the grid and far from Congressional oversight,” Montgomery says. Schiff: Trump-Putin Phone Calls in Democrats' Sights. On Sunday’s broadcast of NBC’s “Meet the Press,” House Intelligence Committee chairman Rep. Adam Schiff (D-CA) said Congress would get access to President Donald Trump’s calls with Russian President Vladimir Putin and other world leaders.

Jim Jordan: 'Whistleblower' Is a 'Bureaucrat Who Didn't Like the President' Intel Community Secretly Nixed Whistleblower Demand Of First-Hand Info. Between May 2018 and August 2019, the intelligence community secretly eliminated a requirement that whistleblowers provide direct, first-hand knowledge of alleged wrongdoings. This raises questions about the intelligence community’s behavior regarding the August submission of a whistleblower complaint against President Donald Trump. The new complaint document no longer requires potential whistleblowers who wish to have their concerns expedited to Congress to have direct, first-hand knowledge of the alleged wrongdoing that they are reporting. BREAKING REPORT: GENERAL FLYNN VS. THE DEEP STATE – Dr. Dave Janda. (1053) Whistleblower Form Secretly Changed; CIA May Have Known. Mike Pompeo: Democrats' Subpoenas Meant to 'Intimidate' State Dept.

Three House committees have scheduled depositions with five current and former State Department officials over the next two weeks, including former ambassador to Ukraine Marie “Masha” Yovanovitch and Kurt Volker, the Ukrainian envoy who resigned last week. The chairmen of the House Foreign Affairs, Intelligence, and Oversight committees set an October 4th deadline for Pompeo to produce documents related to their investigation of President Donald Trump’s interactions with Ukraine.