Here are 5 places in Philly to donate your old electronics. When Nonprofit Technology Resources closed up shop in 2015 it left a void in Philly. 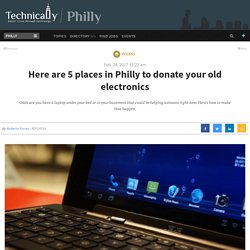 The Spring Garden-based nonprofit, which had been taking in donated computers, fixed them up and giving them to other nonprofits, had been the go-to since 1998 for donating still-usable gear. In 2014, according to a report published by the org, 1100 desktops and laptops were fixed and donated to churches, schools and individuals in need. Since the nonprofit shuttered, a question from the community has frequently made its way onto the Technical.ly newsroom: Now that NTR shut down, what can I do with this old-but-still-working computer? Well, as it turns out, the city still has plenty of options for getting your old electronic gear out of the closet and into the hands of someone who needs it. How To Get Faster Wi-Fi Without Paying For It. Fast Wi-Fi is like good air-conditioning or clean tap water: You don't notice it until it's gone. 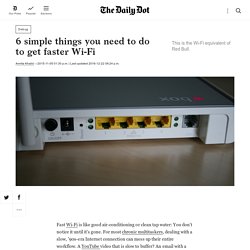 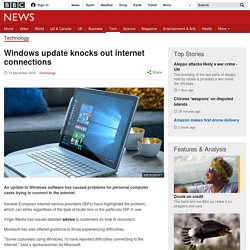 Several European internet service providers (ISPs) have highlighted the problem, which can strike regardless of the type of router box or the particular ISP in use. Neko Atsume rare cats guide - collect those cats! Lifehacker. Thinking of Buying a Chromecast? Buy a Stick PC Instead. In the middle of 2016, we can firmly say that you should not buy a smart TV. 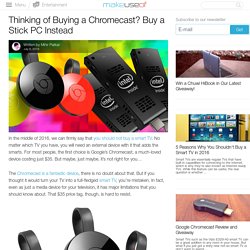 No matter which TV you have, you will need an external device with it that adds the smarts. For most people, the first choice is Google’s Chromecast, a much-loved device costing just $35. But maybe, just maybe, it’s not right for you… SHIELD Tablet K1 User Guide. How to add subtitles to your videos. Log In. Got an old phone? Make it into a home security camera. Smart security cameras are one of the easiest ways to start transforming your normal home into a connected home. 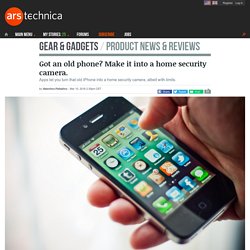 Everyone knows about Alphabet's Nest cam, but there are plenty of other cameras to consider from companies including Samsung, D-Link, and Canary. However, you don't have to drop $200 on a bulbous eye-looking camera if you don't want to—there are apps for that. Numerous Android and iOS apps claim to use your old smartphone's cameras to replicate the features of these dedicated cams, letting you check in from your current smartphone whenever you want. These security apps have nearly the same features as regular smart cameras but are free to download and require no extra hardware. Even older phones are powerful enough to be repurposed. Features: Extra hardware or bare-bones software? Stand-alone security cameras and monitoring apps share a number of common features, and one of the biggest and most important is live streaming. How to Turn Both Paper and Digital Text Into an E-Book. 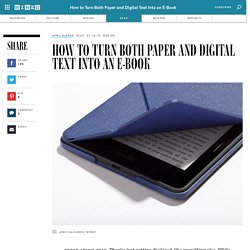 They’re just getting digitized, like everything else. While there’s a real charm to owning a stack of bound paper that you can fold the corners of, underline, and read without staring at a screen, ebooks are far more convenient. Your backpack can hold maybe four or five books, but one e-reader or tablet can hold thousands of titles. All effects - PhotoFunia: Free photo effects and online photo editor. There is a better way to read on the internet, and I have found it. Aesthetically, I prefer print to most digital text. 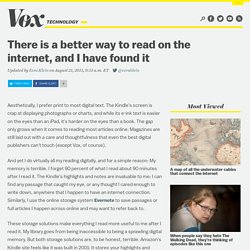 The Kindle's screen is crap at displaying photographs or charts, and while its e-ink text is easier on the eyes than an iPad, it's harder on the eyes than a book. The gap only grows when it comes to reading most articles online: Magazines are still laid out with a care and thoughtfulness that even the best digital publishers can't touch (except Vox, of course). And yet I do virtually all my reading digitally, and for a simple reason: My memory is terrible.

I forget 90 percent of what I read about 90 minutes after I read it. HP Stream 7 and 8 Tablets Cannot Connect to a Wireless Network. How to Get Your Android Device to Show up in File Explorer (If It Isn’t) We love using our Android phones and tablets to listen to tunes and watch videos, but in order to get those files on your device, sometimes you have to transfer them over from your laptop or desktop PC. 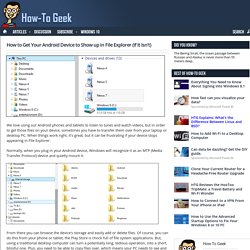 When things work right, it’s great, but it can be frustrating if your device stops appearing in File Explorer. Normally, when you plug in your Android device, Windows will recognize it as an MTP (Media Transfer Protocol) device and quietly mount it. From there you can browse the device’s storage and easily add or delete files. Of course, you can do this from your phone or tablet, the Play Store is chock full of file system applications. Disassembling Creative ZEN Screen and Battery. Massachusetts, The people of Massachusetts have always stood up for their right to repair. 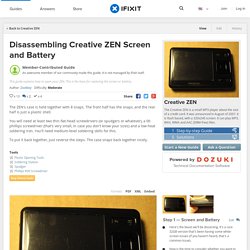 How to Switch from iPhone to Android. Sometimes things just don’t work out. 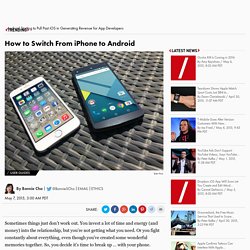 The company says it will complement the public aspects of the platform, giving users "more options for how and with whom you communicate on Twitter. " Imgur: Video to GIF. YouTube finally lets you make GIFs without leaving YouTube. This story was updated at 11:52 a.m. ET to include comments from YouTube and PBS. Without any fanfare, YouTube has introduced a built-in GIF creation tool for selected videos and channels.

Andy Baio, a former CTO of Kickstarter, first spotted the update on Thursday. The rollout is limited for the time being. The option appears on videos in the PBS Digital Studios' Ideas channel, as pointed out in the tweet above, under each video's "Share" option. Image: Screenshot, YouTube If you have ever created short, looping animations, you will appreciate the simplicity of YouTube's tool.

Right below the film scrubber is a preview window that shows you your GIF in real time; to the right sit two windows with the time stamps for the start and end of your GIF clip. YouTube confirmed that the new GIF tool is rolling out and noted that it actually announced that fact last month in a video (below) detailing a number of upcoming YouTube Creator updates. How to Connect a USB Microphone to your iPad or iPhone. Learn how to connect an external USB microphone to your iPad or iPhone using standard cables and a powered USB hub for recording high-quality music and voice narration.

With apps like Adobe Story, iMovie and ScreenChomp, it has become relatively easier for anyone to produce movies, slideshows, podcasts and other visual content on their iPads and iPhones. That said, the camera has improved considerably over the years but the one area where iOS devices still need to catch up is the audio. The Beginner's Guide to Skype. Skype, the popular Internet calling app, has been around for quite some time. The (mostly) free service launched in 2003, and has become one of the easiest and cheapest ways to stay in touch with others across the world.