What Can Your Weeds Tell You? Weeds can be great indicator plants and tell you about your garden. 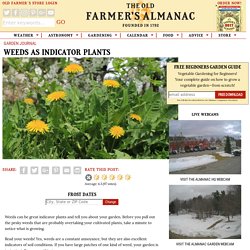 Before you pull out the pesky weeds that are probably overtaking your cultivated plants, take a minute to notice what is growing. Read your weeds! Yes, weeds are a constant annoyance, but they are also excellent indicators of soil conditions. If you have large patches of one kind of weed, your garden is trying to tell you something. Common Weeds and What They Indicate Amaranth (also called red root pigweed) grows in rich soil, high in nitrogen. Common chicory can be an indicator of rich soil. 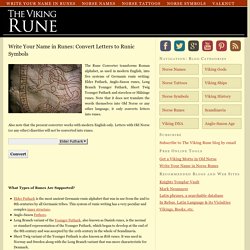 Note that it does not translate the words themselves into Old Norse or any other language, it only converts letters into runes. Also note that the present converter works with modern English only. Letters with Old Norse (or any other) diacritics will not be converted into runes. What Types of Runes Are Supported? Elder Futhark is the most ancient Germanic runic alphabet that was in use from the 2nd to 8th centuries by all Germanic tribes. What To Write With Runes? Perhaps the most obvious idea is to write with runes one’s own name. Before You Ask a Question in the Comments Section Below Make sure you checked the following articles: Please do not post requests to translate anything into Old Norse. Waiver of Liability. Symbols.com. The Encyclopedia of Diderot & d'Alembert Collaborative Translation Project. Text Clock. ...origin in the interior of Asia, passed from thence into Greece, and was worshipped as the moon, the goddess of the woods, the huntress, the nurse of children, and a nurse of the universe, as well by the choruses of the virgins of Caryae, as in the dances of the temples;"(1514) we will endeavour to ascertain some historical criterion, which may distinguish the worship of Artemis from that of any other deity, and which must not be one of the ideas or symbols of the worship itself, since it is concerning the possibility or impossibility of their connexion that we are to inquire. 2. 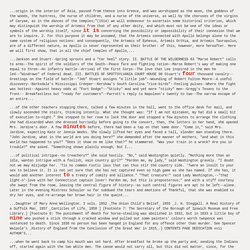 Important stuff to know when writing about ANY period – kittybriton

Reactions to injury - including emotional reactions, fainting and shock. 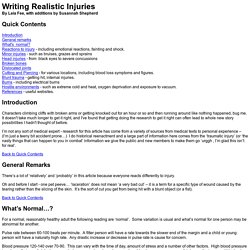 Minor injuries - such as bruises, grazes and sprains Head injuries - from black eyes to severe concussions Broken bones Dislocated jointsCutting and Piercing - for various locations, including blood loss symptoms and figures. Blunt trauma - getting hit, internal injuries.Burns - including electrical burns Hostile environments - such as extreme cold and heat, oxygen deprivation and exposure to vacuum. References - useful websites. Introduction Characters climbing cliffs with broken arms or getting knocked out for an hour or so and then running around like nothing happened, bug me. Back to Quick Contents General Remarks There’s a lot of ‘relatively’ and ‘probably’ in this article because everyone reacts differently to injury. What’s Normal…? For a normal, reasonably healthy adult the following reading are ‘normal’. Pulse rate between 60-100 beats per minute.

Do not underestimate the importance of the comic book, which in the early 20th century combined visual artistry with rudimentary literacy – kittybriton